MECA&D's Master of Fine Arts in Studio Art program is pleased to announce the 2021 Summer Lecture Series, which brings together an international roster of visiting artists, curators, and scholars to participate in the MFA Summer Intensive in Portland Maine. In addition to critiques and studio visits with graduate candidates, Visiting Artists deliver a lecture open to all MECA&D students, faculty & staff.

Visiting Artist lectures are held in Osher Hall and begin at 5:30pm. While the Series is not open to the public this year due to COVID protocols, you can read more about the strong summer line up below. 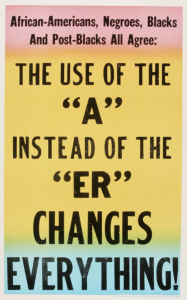 Carl Pope’s artistic practice is committed to the idea of art as a catalyst for individual and collective transformation(s). His multi-media installations were exhibited at prestigious venues including: The Museum of Modern Art and The Museum of Contemporary Photography in Chicago

"Carl Pope’s work is at once a form of geography, re-imagining and imaging the forgotten histories, people and places in America, and a new psychology, creating a state of mind capable of sustaining the shocks of the present. "
- Nicholas Mirzoeff, Professor of Media, Culture, and Communications, NYU 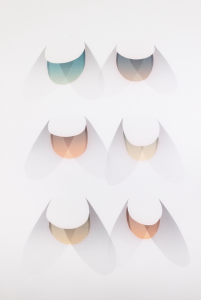 Jeffrey Dell was born in California and grew up in Oregon. He completed his BA at Hamline University in St. Paul, MN. He currently teaches printmaking at Texas State University, where he is currently a professor. His recent work engages themes of human desire and its effects on perception, impulse, appetite, and health. 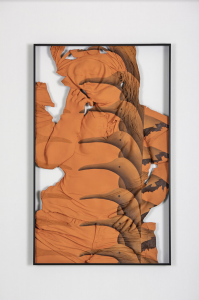 Lucy Kim is a visual artist working in sculpture, painting, photography and biological media. Using material mistranslations as a premise, she explores the many naturalizing mechanisms that structure day-to-day visual experiences, from the seamless transition of a physical subject into an image, to the production of visual salience. She works with a wide range of materials: oil paint, silicone rubbers, resins, and more recently, E. coli that has been genetically modified to produce melanin. 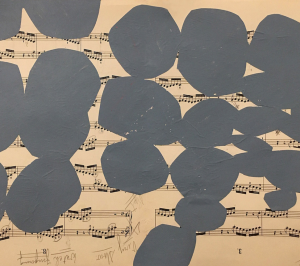 Born in New York City, Herman currently lives in Southern Maine, where the local recycling center offers her inspiration in forms such as waxing and waning piles of discarded wood scraps that she likens to a compost pile rife with manifestations of human intention, aspiration, accomplishment, procrastination, and all the other stuff of life, including its completion. 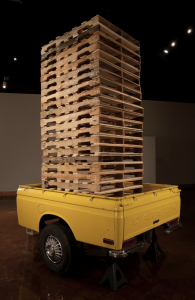 Yumi Janairo Roth was born in Eugene, OR and raised in Chicago, Manila, and suburban DC. Roth lives and works in Boulder, CO, where she is a professor of sculpture and post-studio practice at the University of Colorado. She has created a diverse body of work that explores ideas of immigration, hybridity, and displacement through discrete objects and site-responsive installations. 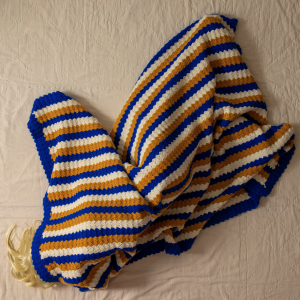 Deborah Wing-Sproul is a multidisciplinary artist working primarily in photography, video and performance. Her performances (or "performative acts") permeate the genres of sculpture/installation, drawing, photography and printmaking. Beginning in the mid '70's she studied modern dance and later went on to choreograph. She has studied under Merce Cunningham and others, including Douglas Dunn, Dan Wagoner, Viola Farber Company members, and June Finch.

“The world is emblematic. Parts of speech are metaphors, because the whole of nature is a metaphor of the human mind.” —Ralph Waldo Emerson

Born in 1943 in Boothbay Harbor, Maine, Sam Cady has been sailing and exploring the coast of Maine his entire life and the imprint of the state’s rugged topography, numerous offshore islands, and waterfront industries is threaded through his art. After receiving a BA from the University of New Hampshire and an MFA from Indiana University, he taught in the graduate program at the School of Visual Arts, NYC, from 1984 to 2007. Throughout this period, he split his time between New York and his home and studio in Friendship, Maine, where he lives today. The urban/rural divide that defined his life for so many years is evident in the range of his subjects from highway overpasses to boats on jack stands.