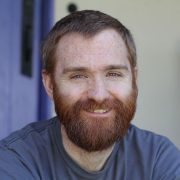 Adam Fisher received his MFA in Animation from Rochester Institute of Technology where he focused on character animation in stop-motion and CG (computer generated graphics & animation), and earned a BA in Film Studies at Wesleyan University. Adam came to MECA&D with a wealth of experience, including having worked on seven feature films, five of which were nominated for an Oscar in the Best Animated Film category, as well as on an Emmy-award-winning television series (Tumble Leaf, Season 1), several commercials, and many personal projects. More recently, he worked on Missing Link, which won the Golden Globe Award for Best Animated Feature Film in 2019 and was nominated for an Academy Award for Best Animated Feature. In addition to his animation work, he is also an independent filmmaker.