By consciously focusing on art and music together, we can create new art forms.

Explore the Intersection of Art and Music

The Bob Crewe Program in Art and Music enables students to explore the deep relationship between art and music. Made possible by the largest gift in the College’s 132 year history, a $3 million bequest from the Bob Crewe Foundation, this program is unique in that it is fundamentally embedded into the Art and Design program, not separated from it. The goals of the program are to foster experimentation in art and music, to support significant contributions to popular musical expression, and to do both in a way that encourages interdisciplinary exploration. The program, working in tandem with MECA&D’s rigorous visual arts offerings, prepares students to cross traditional boundaries as musicians, performers, sound artists, artists and thinkers. 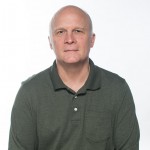 Steve Drown, Coordinator of the Bob Crewe Program in Art and Music, Assistant Professor of Music

Steve Drown, MECA&D’s new Assistant Professor of Music, in the newly launched Bob Crewe Program in Art and Music, has been an independent recording engineer for the last 21 years and a professional musician for nearly 30. He has a BM in music production and engineering from Berklee College of Music and works as an engineer at The Studio, which provides state-of-the-art recording, digital editing and more in downtown Portland. Steve’s forte is making good musicians sound great—often in ways they don’t expect. He has worked with James Cotton, Charlie Musselwhite, Ronnie Earl, Roy Scheider, Patty Larkin, Kate Schrock, and Ron Carter, among other musicians. He excels at creating an atmosphere in which artists can perform their best work. Steve is also the curator of The Studio’s vintage keyboard collection, which includes two Hammond organs w/Leslies, Fender Rhodes, a Wurlitzer electric piano, a Hohner Clavinet, and much more.

"Students have been stopping by the music department since day one, just asking to play the instruments. It’s great that everyone wants to be involved." — Steve Drown 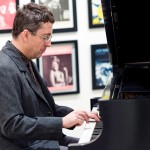 Hans Spencer, Adjunct Instructor in the Bob Crewe Program in Art and Music

Called a “master composer” by The Boston Globe for his jazz orchestra’s debut CD, First Storybook, Hans Indigo Spencer’s career includes working with theater directors, filmmakers, animators, and choreographers. He is also an educator who has been teaching music for over 20 years and recently joined MECA&D as an adjunct instructor in the newly launched Bob Crewe Program in Art and Music. His broadcast composing credits include shows on the National Geographic Channel, the History Channel, PBS, Cartoon Network, and Discovery. He has created music for plays staged at Portland Stage Company, including Snow Queen, Iron Kisses, Magnetic North, and Passion of the Hausfrau. Hans studied at Oberlin Conservatory and earned a Master’s degree in jazz studies from the New England Conservatory.

“My singular passion – my goal as a teacher – is to inspire people to find and master their own music. This may mean learning to compose, but it also often means learning to listen and apply what you hear to your instrument. Here, at my studio, most people are learning to play the piano, and we begin with a foundation of curiosity, fun, and the spirit of play. I always seek to find music and ways of learning that are the right fit for students.” — Hans Spencer 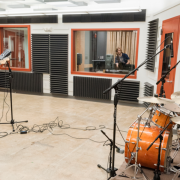 'The Art of Music' Article 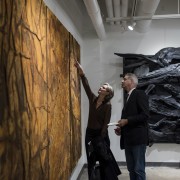 "My work was always instinctual. I believe in chance, found objects..."