Two Friends, One Van, and a Search for the Truth

Stories Two Friends, One Van, and a Search for the Truth

My role was to photograph the entire journey, whether they were doing an interview, arguing with each other behind the camera, or just spending 14 hours driving through cornfields.

Trent Turns 40 and Buys a Van: Behind the Scenes with Joel Tsui ’16

*Note: Joel is exhibiting his work from this experience in Jesus, Take the Wheel: A Photo Exhibition of the Inscrutable United States through the eyes of Not-an-American. The exhibition is on view October 7 through November 4, 2016, in Artists at Work at MECA&D. Learn more information about the exhibition here.

Trent Bell, a husband, father, photographer, and surfer, is an architect-turned-photographer who runs Trent Bell Photography in Maine. He has been friends with Caleb Johnson, an architect and founder of Caleb Johnson Architects + Builders, since they were teenagers. Both were born and raised as conservative Christians but had slowly lost faith in their religion over the years, precipitating somewhat of a “midlife crisis.”

The obvious course of action was to embark on a road trip with the idea of creating a documentary film that came to include interviews with people from all walks of life, including old friends in Virginia, family members in Georgia, muslims in California, and alien believers in Nevada.

Joel Tsui ’16 majored in Digital Media and also has a Minor in Public Engagement from Maine College of Art & Design. In the summer of 2016 he served as the photographer and director of social media for Trent Turns 40 and Buys a Van.

What was your role?
My role was to photograph the entire journey, whether they were doing an interview, arguing with each other behind the camera, or just spending 14 hours driving through cornfields. When I wasn’t taking photos, I was editing and processing them to upload to various social media outlets, from Instagram to Facebook to Steller. 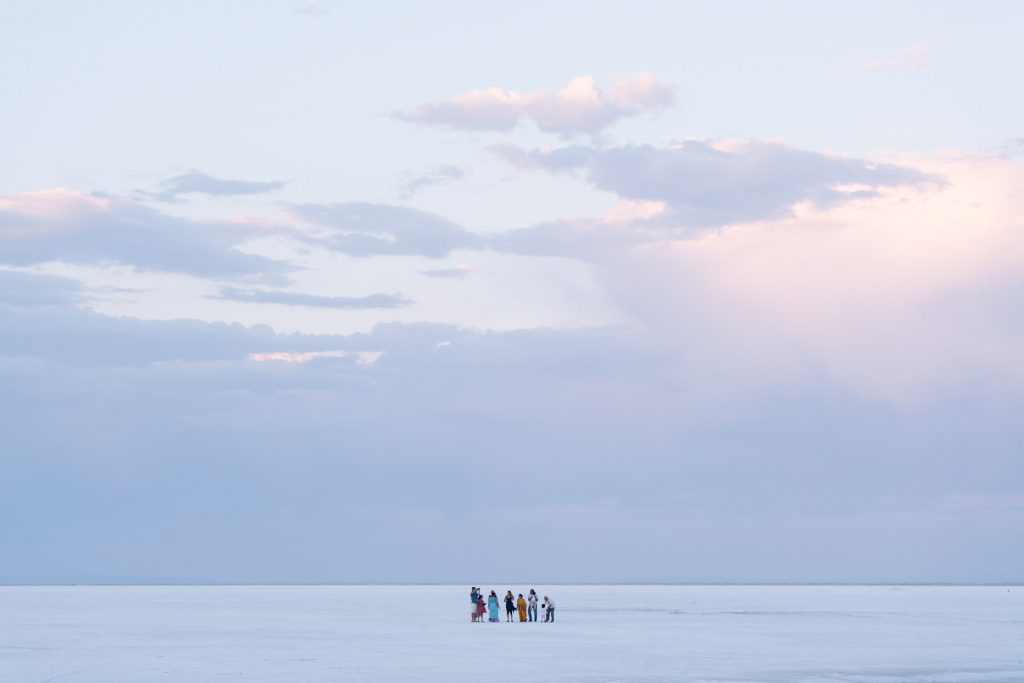 How were you selected? What were your thoughts going into the process?
Towards the end of my college education, Jessica Tomlinson [Director of Artists at Work at MECA&D] forwarded me an email about a film production needing a documentary photographer. She thought it would be an amazing opportunity for me and that I was a great fit for what they were looking for. Knowing my friends plan years for a road trip, and for a non-citizen like me to be given the invaluable possibility to see the entire country, I decided to give it a shot, so I responded to Trent’s email and we scheduled a meeting the following week.

Trent had a good understanding of me as an artist, and I had a good understanding of the film and what they were looking for. To me, the most important factor whenever I take a job is to make sure both my client (or partner) and I have the same creative vision. People have different preferences and that’s fine, but if you don’t like my work, I clearly wouldn’t be the right fit in the team. Fortunately, our creative visions aligned perfectly, and a few hours later he called me and said, ‘you’re in.’

Going into the project, I had to do a lot of research. Although I’ve done a good deal of travelling and documentary photography, I had never been on a road trip, nor had I really done any social media campaigning, so I spent most of my time before the trip preparing myself for the role. The crew had many ideas and wanted to cover every single social media platform under the sun, but I suggested focusing on a select few platforms for the right demographic: Facebook for the crew’s immediate social circles, Instagram to provide an accessible platform for photographers, and Steller as a daily diary of the road trip. 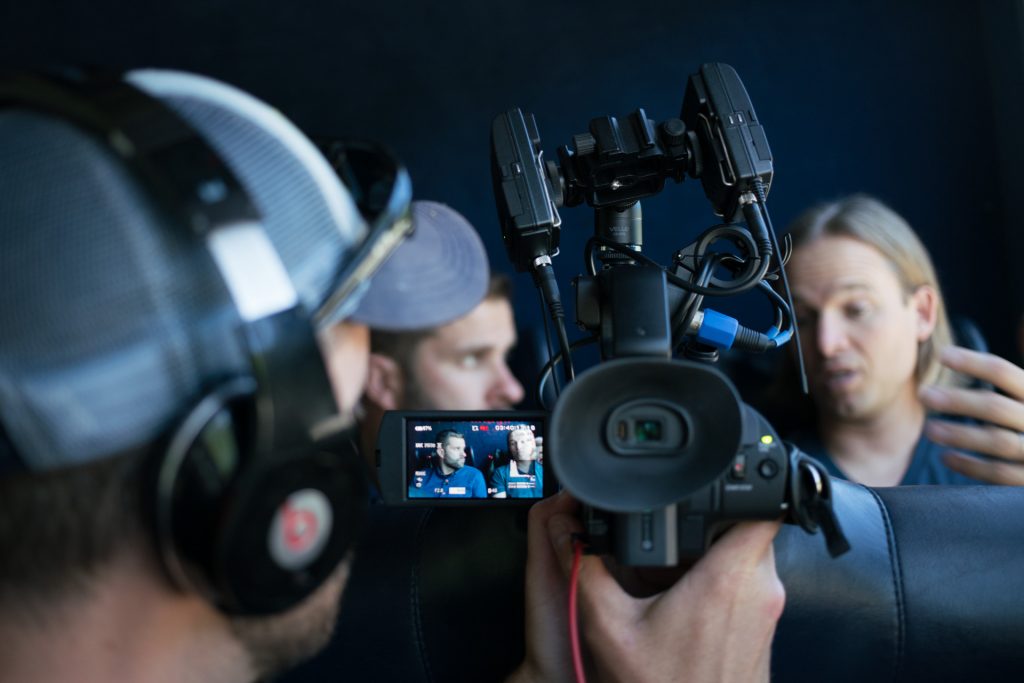 What was the road trip like? What challenges and surprises did you face?
Calling it a ‘road trip’ makes the experience a lot more relaxing than it was, so I just tell people it was a film production. It wasn’t unenjoyable, but throughout the production, I was almost always occupied with something. If I wasn’t taking photographs, acting as a production assistant during formal interviews, processing my work, uploading things to social media, then I was sleeping, and that was really four to six hours a day. That said, I liked it, because I like keeping myself busy, and I wanted to maintain a good work ethic. I thought if these guys could handle the workload, I should also match their effort, and I did, which is a comforting thing to know as an emerging artist.

The biggest challenge was probably time management, because of the multitude of responsibilities I had. Thankfully, the crew respected my decisions and let me decide what I should be doing. For instance, if I had a particularly huge batch of photographs to sift through, I wouldn’t be doing production assisting, and instead would take advantage of the time to do editing work, or prepare content ahead of time to upload. It’s really nice to have teammates that treat you equally as a creative professional instead of just some unpaid intern. 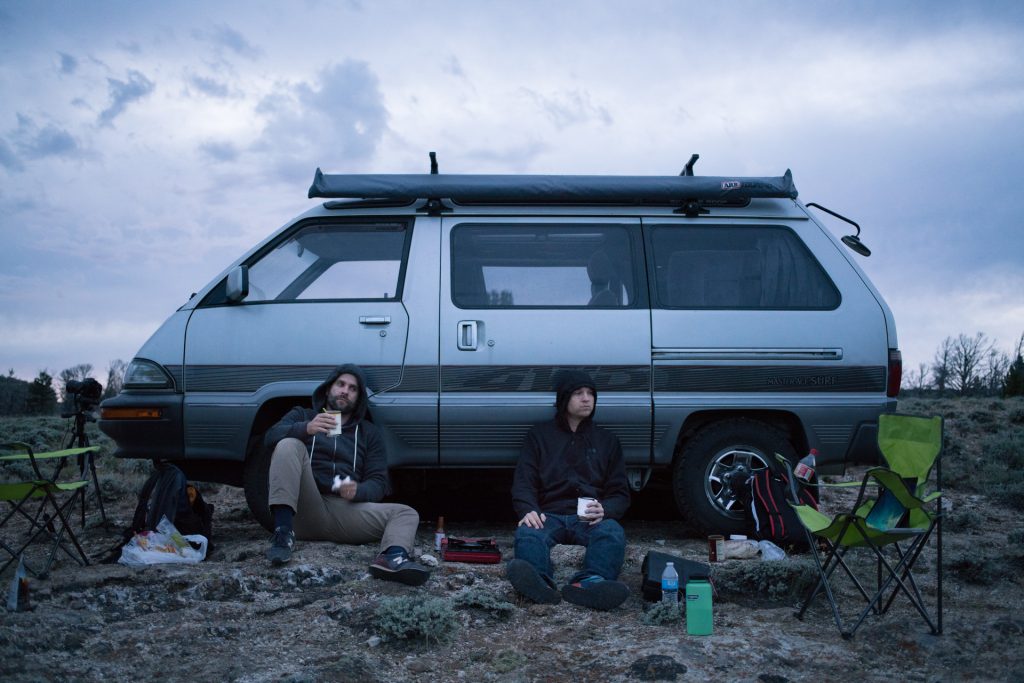 There were many surprises—both good and bad. My professor Gary Robinov once said that sometimes while doing documentary work you have to embrace the detours and the unexpected, and that certainly happened in the road trip. Our road trip vehicle of choice was a quaint, right-hand-drive Toyota van from the 80’s that was imported from Japan. A week into the road trip, the van started struggling and we didn’t know why. As we left Yosemite National Park, we found out that our alternator was faulty and would no longer charge the accumulator, and the nearest garage with a compatible part was in Las Vegas. We bought two extra accumulators and beelined to Las Vegas. It was also Independence Day so there were fireworks displays everywhere as we entered the city, seemingly celebrating our safe arrival.

I like to think I proved myself as a worthy component of the crew, a creative problem-solver with a range of skills that came in handy during the trip. I’ve always strived to be a creative individual with the ability to fit in multiple roles, if necessary. Although I was in charge of documenting the trip, I also filled in for various other roles such as being second camera operator during interviews, production assistant when time was precious and an extra hand was needed, or graphic designer to make flyers to hand out. The modularity of skills that the New Media Program at MECA&D celebrates indubitably shone in this production.

How did you feel after the trip? Anything you wished went differently?
My goals were definitely accomplished. My role in the trip was to generate photographic documentation of the production, as well as keeping the social media platforms populated with content, both of which were achieved and well-received. The Steller publications were the most popular among all the content. Our follower count increased sixfold, we were promoted on Steller’s Instagram feed, and we were chosen as one of their authors of the week.

I had a blast working with these people, so everything was as expected and desired. However, as a crew we collectively wished we didn’t plan over 20 interviews across the country. We had never done a documentary before, let alone one that hits 25 states in 21 days. One of our last interviews was with filmmaker, author, and public speaker Frank Schaeffer. When he found out we packed all that into such a short timeframe, he had one word for us: insanity. 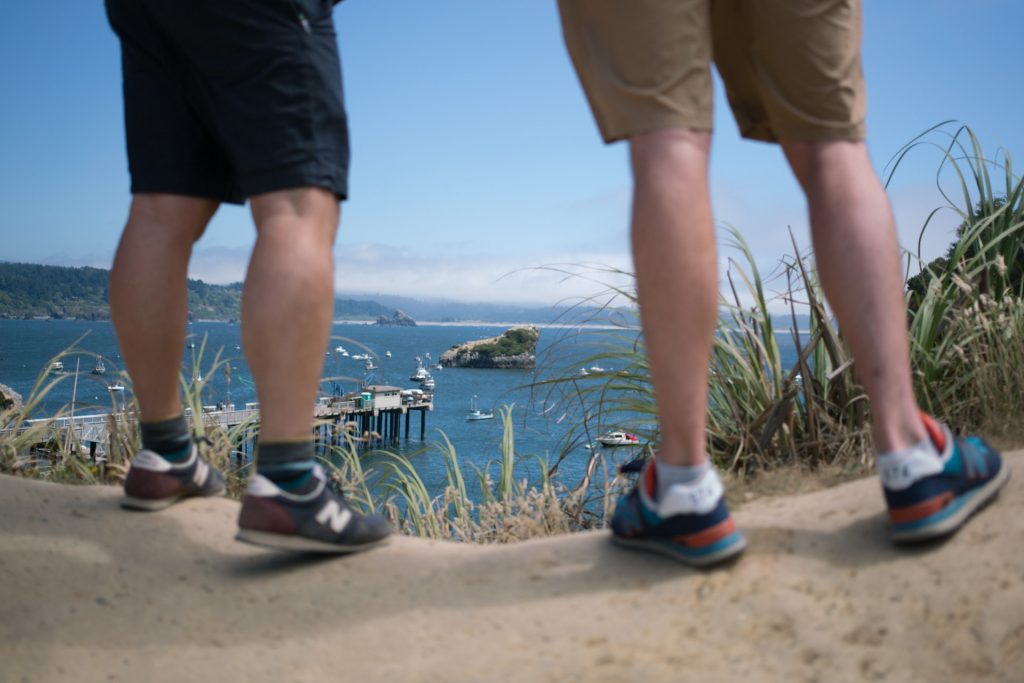 How has your education at MECA&D shaped you as an artist?
This project was undeniably the capstone of my entire college education at MECA&D. It combined the vast majority of elements I’d learned through Digital Media, Graphic Design, Photography, and Public Engagement. This experience put me to the test in a rigorous and professional environment with a community partner, and really enabled me to exercise all the skills I’ve acquired throughout the last four years. I wouldn’t even have worked with these people if Jessica had not kept me in mind as a candidate.

John Baldessari once gave three pieces of advice to young artists: “talent is cheap; you have to be possessed (which you cannot will); and be at the right place at the right time.” I think he’s onto something there.