Artists at Work  /  Salt at MECA

Juliet Werner (Salt ’06), a Senior Segment Producer at the Daily Show with Trevor Noah, took some time to discuss her new feature documentary film, The Laughter Life, and share some reflections on her life after Salt.

Can you tell us a bit about this new project, The Laughter Life?
This is my first time directing a documentary feature. I work full time as a producer for The Daily Show on Comedy Central, but was able to use our hiatuses to pursue this independent project. I had the help of family members. My dad edited. My brother wrote the score. And my cousin did the artwork. I am not Mormon, but was intrigued by the idea that Provo, Utah and specifically Brigham Young University, had produced this group of irreverent young people who were pursuing carers in something as unpredictable as television comedy. The synopsis below will help explain.

The Laughter Life follows a week in the life of the young comedians who write and star in Studio C, a popular sketch comedy television show that has garnered over 1 billion views on YouTube. But theirs is not your typical comedy success story, as the cast and crew behind the program are practicing Mormons living in the deeply observant community of Provo, Utah. And the network producing their show is BYUtv, a religiously-oriented network run by The Church of Jesus Christ of Latter-day Saints. The Laughter Life introduces the viewer to a world few have visited and demonstrates the unifying power of comedy.

How can we see the film and keep up with your work?

Can you give us a taste of what you’ve been up to since Salt? 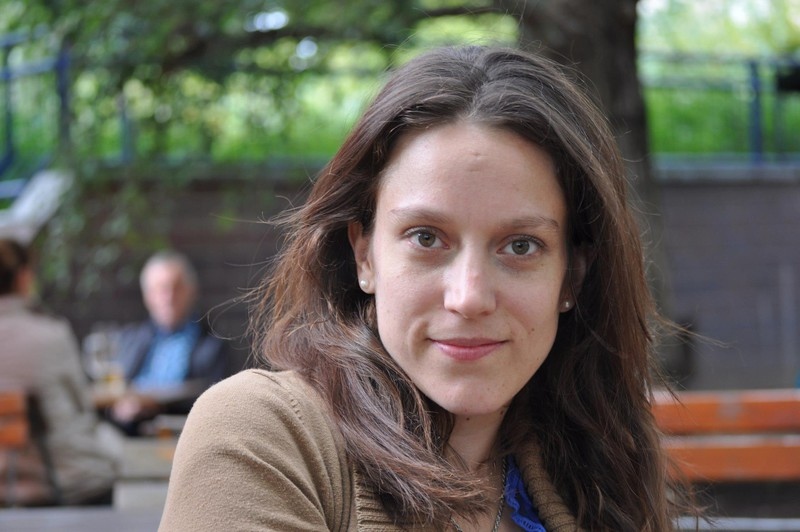 I studied nonfiction writing at Salt in Fall of ’06 and took the week-long multimedia course in the summer of ’14. I am now a senior segment producer on The Daily Show With Trevor Noah. Other comedy credits include The Daily Show With Jon Stewart, UCB Comedy, and The Onion. I've also done some writing since Salt, working as a reporter for The Queens Tribune. And I spent several years volunteering for Girls Write Now, a creative writing and mentoring organization that works with high school students in NYC.

What have been your biggest takeaways from your time at Salt?
Interviewing! How to prepare and order questions. How to be present. How to get into a comfortable groove with the person you're talking to.

And structuring the story. What do my subjects want? What are the obstacles they face? Where should we leave them in the story?

And field work: how do I spend my time to ensure that I get a variety of scenes and see the subjects operating in a variety of settings?

Remember, too: your project will have many versions— many drafts or cuts. At Salt you learn how to stick with the process, and take notes from peers. This has really stayed with me.

Are there any stories by Salt alums that you’ve been particularly excited to see out in the world?
My classmate Maisie Crow just won an Emmy for her film Jackson!