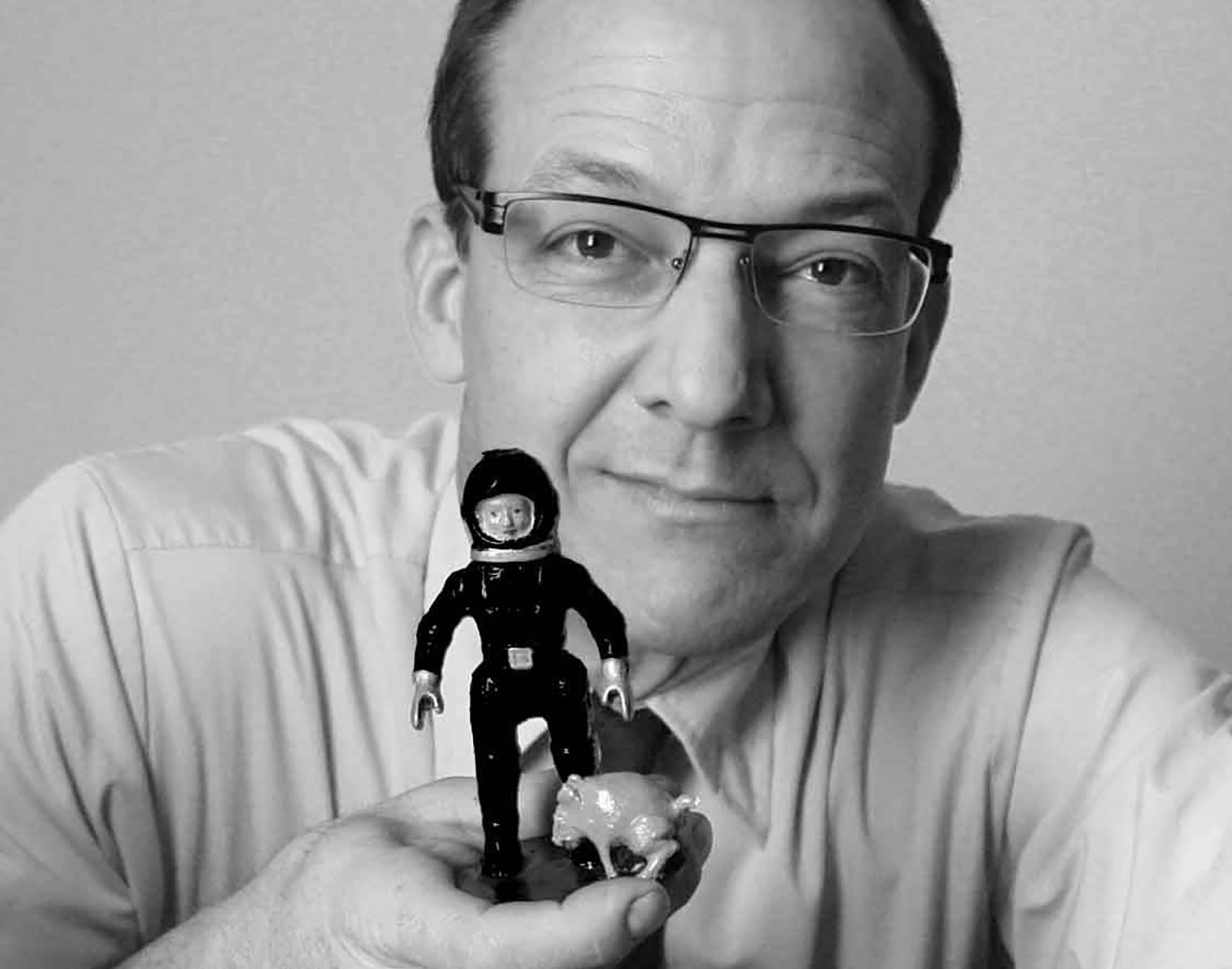 The Fine Art of Simulacra

Stories The Fine Art of Simulacra

H. Maxwell Fisher was a visionary toy shopkeeper and pioneer amateur space aeronaut whose estate sale featured amazing collectible artifacts, including his personal hand‐built spacecraft, the “Fisher FireFly.” The trick is that H. Maxwell Fisher (as well as his son H. Maxwell Fisher II) is a fictional doppelgänger channeled by Randy Regier, an artist who revels in creating original toys and artifacts that look excruciatingly similar to mass‐produced collectables. Except these are definitely one‐of‐a‐kind. The concept is further enlarged with exhibits such as H. Maxwell Fisher’s Underground Toy Emporium & Spaceship Parking at Jim Kempner Fine Art in New York. And sometimes the exhibition space itself is staged as an unexpected surprise. Repurposed from neglected spaces, the exhibit often just appears with little explanation. Pop‐up versions of the NuPenny Toy Store have been installed in a variety of empty storefronts, including an entrance vestibule to an old brick Central Maine Power building in Waterville, Maine, and the Spencer Museum of Art at Kansas University.

For 29 years, Randy did autobody work, which paid very well, but felt creatively and personally exhausting. He realized he needed to make a change and once he enrolled in a 3‐D art class at Kansas State University, his life was transformed. Later he moved with his wife and two children to Maine to attend MECA&D’s MFA program. In an interview in Maine Magazine in 2010 he commented, “I had made a lot of stuff in my life. I just had never realized it was art. The undergraduate degree was great, but I still had a lot to learn about what it meant to be an artist, not just how to make art.” In 2014 emissaries from the Crystal Bridges Museum of American Art visited his studio as part of a nine‐month road trip across America in pursuit of undiscovered artists; as a result his work was featured on CBS Sunday Morning.

In an interview with Gina Kaufmann on KCUR, Randy describes his art as "an acknowledgment that we're mortal and that the the most beautiful moments in our lives, we don't get to keep. ... How do you steward what was beautiful or lovely about your past, how do you capture it, hang onto it and bring it forward with you?"