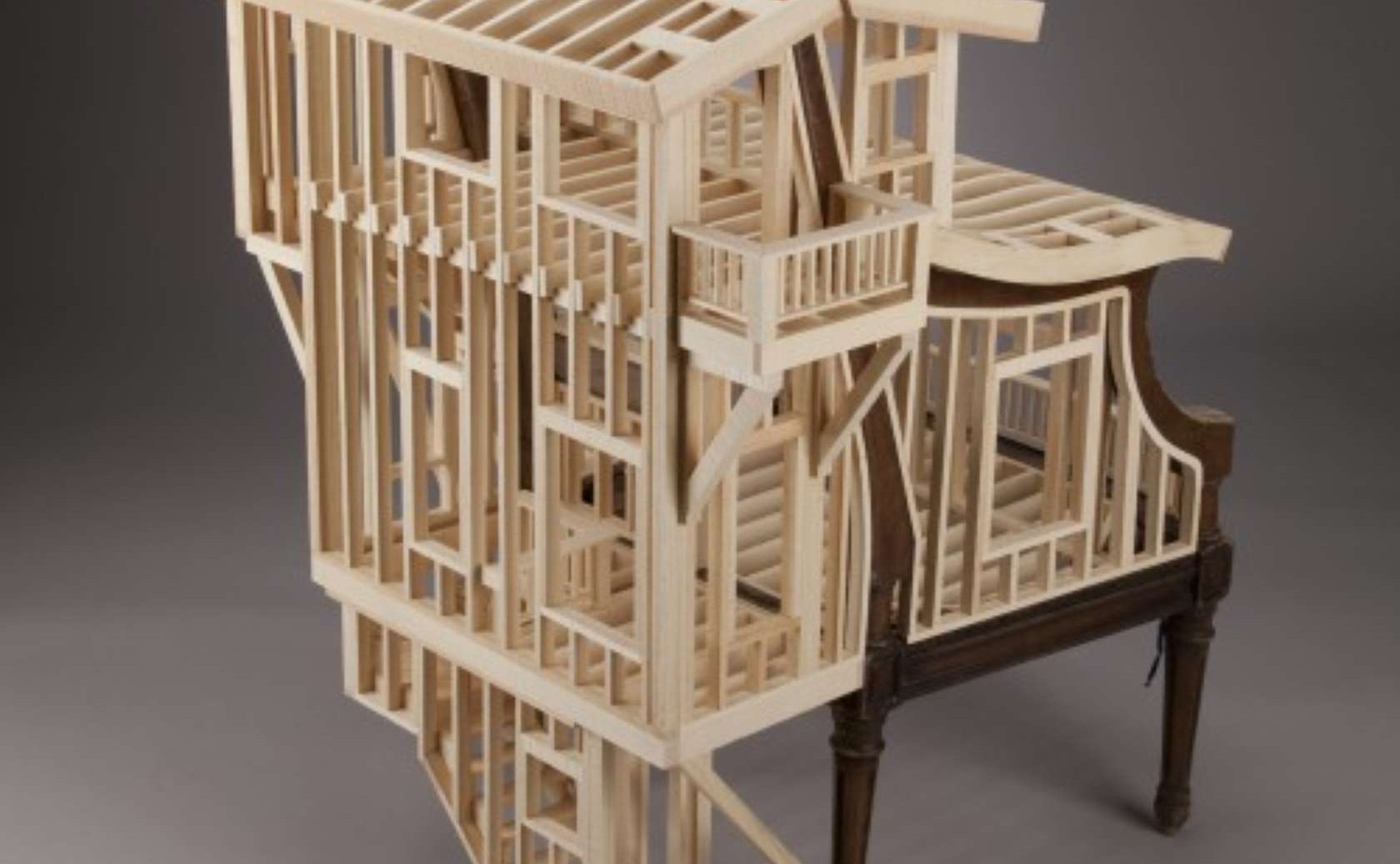 Craft in the Modern World

Stories Craft in the Modern World

Craft practices are at once defined and restrained by their connections to tradition.

Ted’s sculptures combine craft and woodworking skills with an historical approach to create a signature body of work that is chimerical yet consistent.  A found chair, for example, may embrace a small house frame, complete with wrap‐ around porch.  Or a 62‐inch floor lamp might form the base of a spiral staircase that winds to a lighthouse‐like structure at the top. 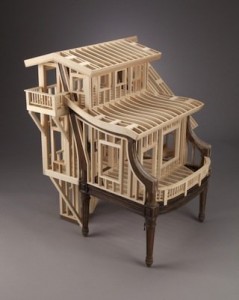 The work shown here is one of a series of small house frames made out of wood that Ted created while in residency at the Anderson Ranch Arts Center in Colorado.  This series served as a commentary on the role of traditional craft in the modern world.

Born and raised on the shores of Lake Michigan, Ted Lott has resided in twelve different states and visited every one but Alaska.  A sculptor, designer and craftsperson, he believes that thinking and making are two sides of the same coin. He is currently a visiting professor at the Woodworking and Furniture Design Department at Edinboro University of Pennsylvania and his list of credentials in impressive.  Since graduating from MECA&D, he has earned two graduate degrees from the University of Wisconsin‐Madison, worked as a furniture maker, exhibited his work widely and been an Artist‐in‐Residence at the Anderson Ranch Arts Center, Kohler Arts/Industry Program, Haystack School, Vermont Studio Center, and elsewhere.

Ted says, "Craft practices are at once defined and restrained by their connections to tradition.  Viewing woodworking in the context of objects made with wood, housing -- particularly stick-frame construction -- emerges as possibly the most widespread use of the material throughout the modern world.  Utilizing these techniques in a studio-based practice, it is my hope to further the conversation on how notions of craft fit into the modern world.