Tell us a bit about Midnight Son: Midnight Son is a true story about an actor-turned-fugitive who claims he has a supernatural encounter on the Alaskan tundra while running from the law. It’s a mystery, an adventure story, a courtroom drama, a tragedy, and ultimately a battle between Alaska Native Folklore and the US Justice System.

It’s a project that we’ve been working on for over two years. We made it in collaboration with our good friend James Dommek, Jr. who is from Kotzebue, Alaska—he’s actually the one who first told us the story, and had the idea to make it into something. He said he thought it could be a great movie and we said, we don’t know how to make a movie but we do know how to make a podcast! We all pitched it to Audible and the rest is history. 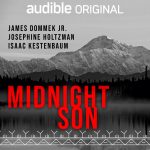 How do you think about Midnight Son in relation to your other projects? What new territory did this crack open for you both, and what themes/preoccupations did it help you further explore? We’ve done several projects in Alaska, mostly focused on climate change and effects on rural, indigenous communities. While good storytelling has always been at the heart of all our reporting and producing work, this was our first venture into a longform narrative podcast and our first time doing a true crime story. We spent a lot of time thinking about plotting and narrative structure, as well as establishing a sonic tone and world that felt truly unique to James and to Arctic Alaska.

One thing we try to do in all our work is to make the listener feel transported and immersed in a place and environment. We wanted this to sound cold, unforgiving but beautiful, haunting—we hope that Midnight Son does this for its audience. It also pushed us to finally create a production company, Future Projects Media.

Can you talk a little bit about the process of collaboration on this project? 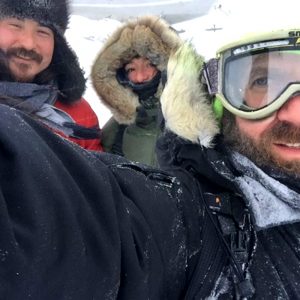 We co-wrote/co-produced Midnight Son with James so it was intensely collaborative the whole way through, which was a bit of a challenge because we were on the East Coast and James was in Alaska—a four-hour time difference! So, it involved many, many, many phone conversations and revisions to google docs. It was important to all three of us that this really sound like James, so we spent a lot of time on the phone just talking through the story and taking copious notes.

We also did a lot of on-the-ground reporting in Alaska—including a trek into the Kobuk Valley backcountry above the Arctic Circle in September. We chose to keep any mention of ourselves as producers out of the story itself, but we were there every step of the way (literally and figuratively!)

How can people learn more and listen to the podcast? It’s available exclusively on Audible; you can find it here. If you’re not an Audible subscriber, now’s a great time to sign up for a (free) 30-day trial!

Can you each share a bit about how Salt has influenced your storytelling— in this project and elsewhere? Salt was where everything started for us! We both owe our careers to our time at Salt. For the technical instruction, of course, but we also think that the idea of really taking the time to tell a story and tell a story the right way came from our experiences at Salt.

We also learned about the ethics of storytelling at Salt—Midnight Son touches on a lot of violent and tragic events, and we were really grateful that many people who were directly involved in the story chose to speak with us. We took great care to treat everyone who participated fairly.

Are there any stories/projects by Salt alums that you’ve been particularly excited to see out in the world? We’ve both just moved back to Portland after 10 years in New York City, and have been really excited to work a bit with Salt alum Galen Koch on her amazing storytelling project The First Coast.

But there are too many other great Salt Alum projects to list here! We’re constantly amazed by the output of the Salt network, and honored to be a part of it. 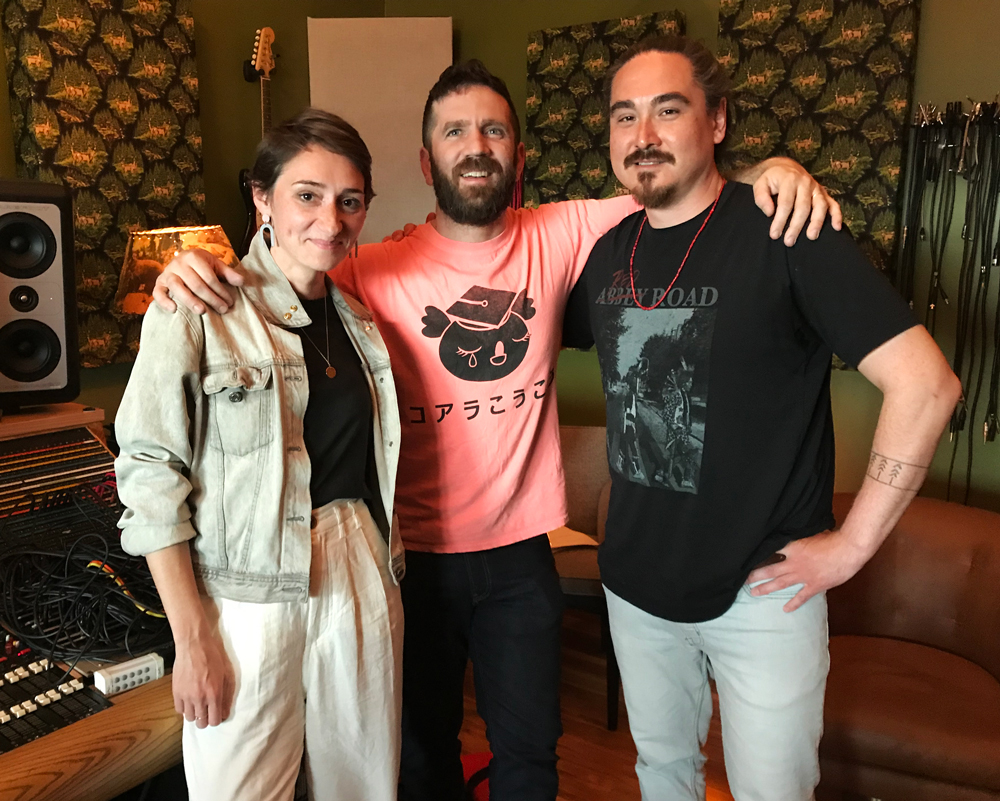