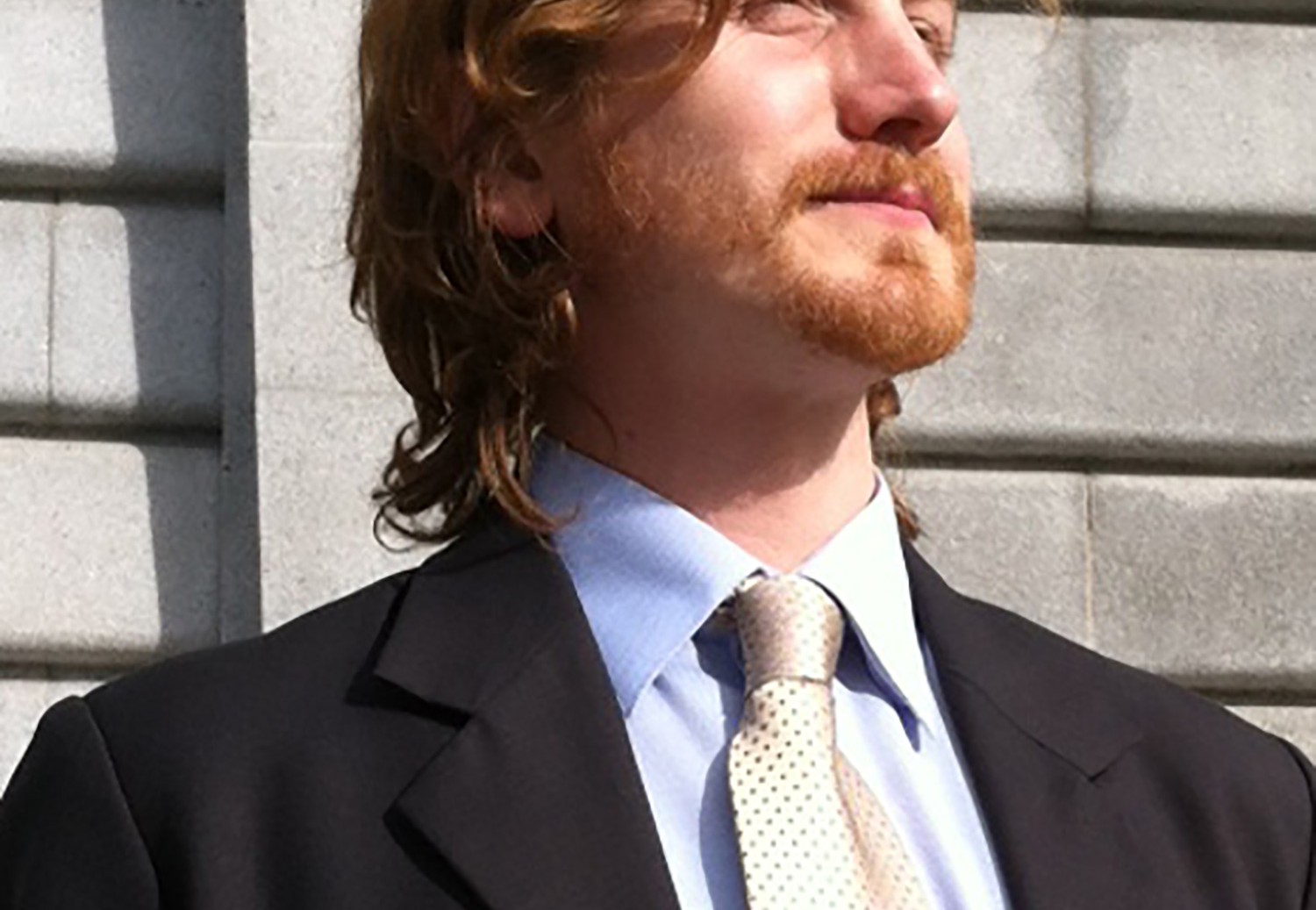 Lawyer With An Art Degree

Stories Lawyer With An Art Degree

People have a tendency to overestimate the importance of art in social justice because it was so important in the past, but those were different times.

Noah Frigault ’05 graduated with a degree in Painting from MECA&D, but soon became immersed in the field of social justice. Now a California-licensed attorney “committed to advancing the rights of low-income communities in the Bay Area of San Francisco,” he is currently a consultant for the Department of Fair Employment and Housing, while also serving on the Housing Residential Rent & Relocation Board for the City of Oakland. He has worked for the San Francisco Human Rights Commission and as a law student did internships for the Refugee and Human Rights Clinic and the Homeless Advocacy Project in San Francisco. Noah earned his JD in 2013 from the University of California Hastings College of the Law. He has volunteered for the Common Ground Collective, a disaster and humanitarian relief organization for homeowners affected by Hurricane Katrina; the Maine Volunteer Lawyers Project; and Habitat for Humanity East Bay (teaching and leading volunteers in green construction). He was also involved in the Fair Chance Campaign, which spearheaded the Fair Chance Act and now provides protections for people with arrest and conviction records seeking housing and employment in San Francisco.

“I continue to struggle with defining the relationship between my time at MECA&D and my ‘real world’ work after graduating,” Noah says. “I know that while at MECA&D, I had the same desire to ‘save the world’ that many young people have, and I attempted to carry that out through both my senior thesis and my volunteer work in the years following my graduation. I learned best practices for critical thinking at MECA&D, which were useful in law school as well as life. From my own experience, I have found that the link between traditional notions of art and social justice does not really hold up anymore. Art plays an ancillary role. To effect change, you have to be direct about it. I love art with a capital ‘A,’ and art-making, but when it comes to social justice, I am a results-driven person. People have a tendency to overestimate the importance of art in social justice because it was so important in the past, but those were different times.”

Nonetheless, Noah’s art education has had a deep impact on his work. “As a lawyer, I have found myself involved in many nonprofits and local government agencies. My background is often very different from that of my colleagues, so I think I bring a fresh eye to community projects within these organizations. At MECA&D, I was educated by students and teachers who seem much more radical than the people I see in government, and sometimes even in legal aid, and I think that has helped me keep a perspective that is more in line with community values than government ones.”