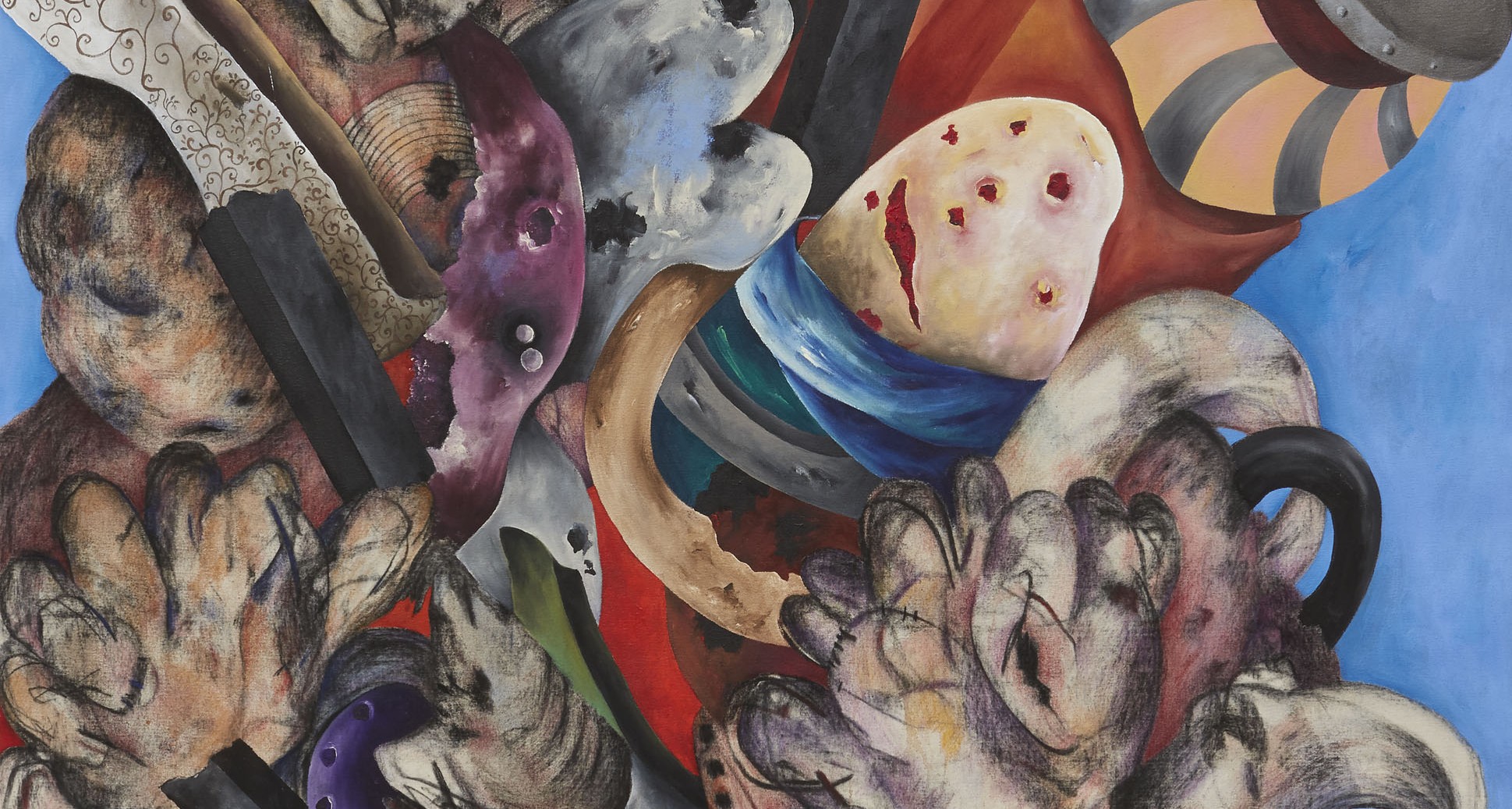 With rudimentary English skills and a vague knowledge Portland, Ahmed Alsoudani fled his home in Baghdad, Iraq and arrived at Maine College of Art & Design. While working several jobs to support himself, he earned his degree in painting, went to the Skowhegan School of Painting and Sculpture and then Yale University School of Art where he earned his MFA.

His paintings, which depict the atrocities of war, have attracted the international attention of galleries and collectors including Charles Saatchi. Sotheby’s recently auctioned a piece for over $400,000.  In 2011, Ahmed’s work was included in the Iraq Pavilion of the 2011 Venice Biennial, the first time in 35 years that the country was represented in the international exhibition.

Profiles of Ahmed have been featured in the New York Times, Art in America, and Vogue. After a stint living in Berlin, he settled in New York where he maintains an active studio practice, represented by Haunch of Venison. Ahmed stays connected to MECA&D by returning to the College as a visiting artist and hosting studio visits for students during their field trips to New York.