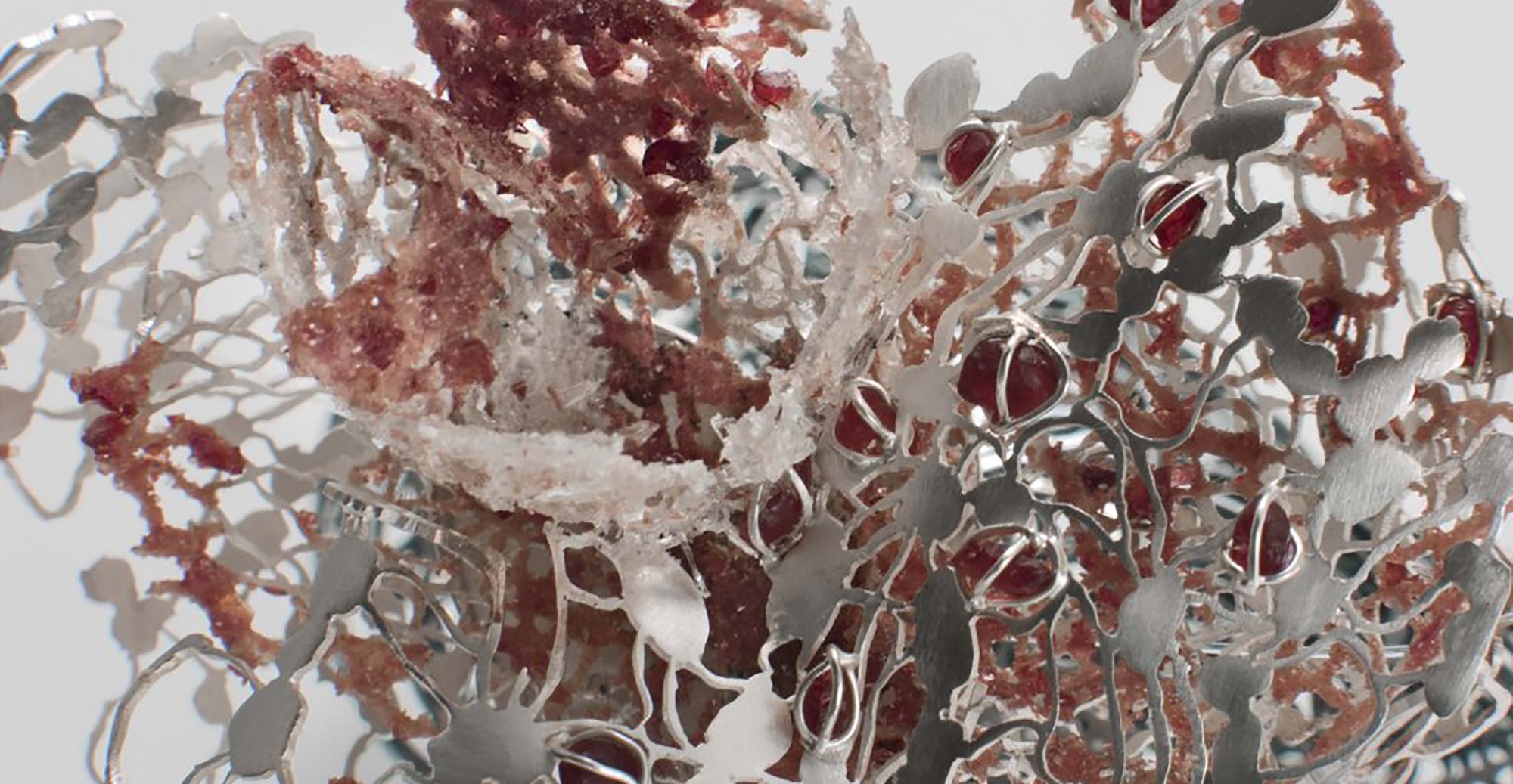 After receiving her BFA in Jewelry and Silversmithing in 1982 from the Portland School of Art (now Maine College of Art & Design), Professor Portelance traveled the country, ultimately settling in Seattle, Washington, where she began her studio practice and discovered what was to become her future in teaching at the Pratt Fine Arts Center in Seattle.

In 1989, Professor Portelance returned to the east coast to attend graduate school at the State University of New York at New Paltz, receiving her MFA degree in Metal in 1992. While in the Mid-Hudson Valley, she maintained her studio practice, producing provocative work that was exhibited though out the United States. In 1996 to 1998, she taught at both Southwest Texas State University and the University of Texas in Austin; she was also invited to teach metal skills to a group of indigenous people in Michoacan, Mexico, and to lecture at institutions worldwide, including The Akademie de Bildenden Kunste in Munich, Germany, and Massachusetts College of Art in Boston. Since then she has been a guest lecturer throughout the United States and in the Czech Republic and Canada.

Professor Portelance has been teaching at MECA&D since 1999. She maintains an active studio practice, exhibiting both nationally and internationally. Her work can be viewed in collections at New Mexico State University Museum in Las Cruces, The Samuel Dorskey Museum in New Paltz, New York and the Okresni Muzeum Ceskeho raje in Turnov, Czech Republic. Her work has been featured in *Ornament Magazine*, *Metalsmith Magazine, *and Lark Book publications (“1000 Rings” and “500 Bracelets”). Her latest body of work explores the relationship of the body’s interior and exterior, while continuing an ongoing investigation into the nature of jewelry and how it can operate both privately and publicly.