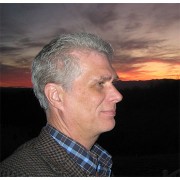 William Klingelhofer earned his Ph.D. from Harvard University. His studies and research as an art and architectural historian have focused on India, Asia, and the Islamic world, though he also enjoys the arts and architecture of Europe. His background also includes a BA in Religion from the University of Washington where he was a Buddhist studies specialist, and a stint as an ethnomusicologist studying the classical music traditions of India and China. He is the owner of Antique House Restoration and Construction, which is devoted to projects in Federal period architectural restoration, design, and building. He also spent much of his professional career as a director of international programs at Washington and Lee University and at Harvard University.

William lives in Rockport. He once hitchhiked as a young man from Europe to India and somewhere in the midst of the Afghani desert discovered that the world was indeed an interesting place, a conviction which he still holds.