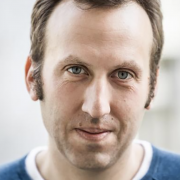 “My primary goals as a teacher are to introduce students to complex and interesting material, to foster a love of learning (especially independent, self‐ directed learning) and to help students master the skills of critical reading and thinking, analytic and creative writing, and research.”

Seth Rogoff is a novelist and a scholar of literary and cultural analysis. He is the author of the novels First, the Raven: a Preface (Sagging Meniscus Press 2017) and Thin Rising Vapors (SMP 2018). His shorter work has appeared in many journals, including "BODY", "Cagibi", "Epiphany", "Eclectica", and "Rain Taxi". He has translated works by Franz Kafka, including the novel The Castle (Vitalis 2007). He has received grants from Duke University, the National Endowment for the Humanities, the Maine Arts Commission, the Maine Humanities Council, and the University of Amsterdam. He was a Fulbright Scholar in Creative Writing in Berlin, Germany in 2006-2007. Seth’s recent academic work focuses on the cultural history, literary theory, and politics of dream interpretation—and in general, he pushes the boundaries between literary and cultural analysis, media theory, history, and philosophy. In addition to his creative and scholarly work, he is a passionate environmentalist and works as a freelance analyst and writer for nonprofit environmental organizations. Seth earned his Ph.D. from the University of Amsterdam’s Amsterdam School for Cultural Analysis (ASCA). He received a MA in European Intellectual History from Duke University and a BA in the interdisciplinary program Literature and History from Washington University in St. Louis.