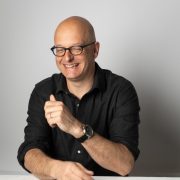 Nico Jenkins is a theorist and writer whose work focuses on finitude and uncertainty, using philosophical traditions from both classical Buddhism and contemporary continental thinking to explore the gaps and spaces in our knowable world(s). Jenkins’s areas of research include classical Buddhist thought, contemporary European thinking, ethics, alienation, finitude and how our basic philosophic concepts are challenged and eroded through the predicted effects of cataclysmic climate change. His most recent work, Echoes of No Thing (Punctum, 2019) seeks to (re)examine our inherent certainties in an uncertain world. Before turning to writing and philosophy, as a photographer, Jenkins documented the sometimes violent, sometimes mundane changes that occurred in the wake of the revolutions in Eastern Europe in the 1990’s. His more recent work, entitled All The Lonely Places, chronicles the forgotten spaces of the contemporary urban and semi-urban landscape. His photographs explore and celebrate the ignored and neglected environments which exist just beyond the periphery of capital’s gaze. Prior to receiving his Ph.D. at European Graduate School (PACT, summa cum laude), Jenkins achieved a Master of Arts in Eastern Classics from St John’s College (Santa Fe, New Mexico, USA), studied for his MFA at Hunter College in New York City, and received a BFA from San Francisco Art Institute (San Francisco, California, USA) in performance art and photography. Jenkins has exhibited photographs, paintings and performed widely in both the United States and Europe.