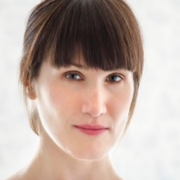 Mira Ptacin is a Maine-based award-winning creative nonfiction writer, memoirist, and New York Times bestselling ghostwriter. She's the author of the memoir Poor Your Soul (Soho Press 2016) as well as the feminist history The In-Betweens: The Spiritualists, Mediums, and Legends of Camp Etna (Liveright-W.W. Norton).

​Mira earned her MFA in nonfiction writing from Sarah Lawrence College, where she served as editor-at-large of their literary magazine, LUMINA. She's been nominated multiple times for the Best American Essays, Pushcart Prize, and The Rona Jaffe Foundation’s Writers’ Awards, a program that identifies and supports women writers of exceptional talent in recognition of their special to culture and society. Most recently, Mira was the recipient of the Maine Literary Award in both 2014 and 2017, and her first book was praised by Kirkus Books as one of the best books of 2016.

​She is also the founder of Freerange Nonfiction, a Manhattan  reading series and storytelling collective, which has been praised by CBS as one of the “Five Best Things To Do in New York”, selected by New York Magazine as a “Critic’s Pick”, and was voted “Best Nonfiction Reading Series” by Electric Literature. Soon after moving to Maine from New York, she led the the writing program at the Salt Institute for Documentary Studies in Portland, Maine. After visiting Mira's writing workshop and the documentary program, author Susan Orlean said: “There is an intensity and excitement to [the Salt Institute] that makes it exceptional. I’m in awe.”

Mira has led creative writing workshops at the Valhalla Women’s Correctional Facility, was a writer-in-residence at the Bronx Academy of Letters, served as guest faculty at Sarah Lawrence College’s Summer Writers Seminar for adults, and taught writing at CUNY-York College, Maine's Stonecoast, and University of New Hampshire's MFA programs. Currently, Mira teaches memoir writing for incarcerated women at the Maine Correctional Center as well as The Maine College of Art and Design.

Mira is currently at work on her third book of nonfiction, about homesteaders, preppers, and alternative homemaking communities in the United States.