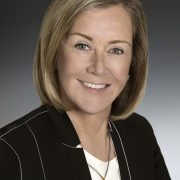 Dept. : Office of the President

Laura Freid was named president of Maine College of Art & Design in March 2017.

Prior to joining Maine College of Art & Design, Freid was CEO and Executive Director of Silkroad, where she initiated the organization’s ongoing multi-year affiliation with Harvard University, established a five-year partnership with the Rhode Island School of Design, and created the first joint venture with the Harvard Business School. During her tenure, Silkroad spearheaded a yearlong, citywide celebration of the arts in Chicago; focused on the arts and passion-driven learning in work with middle schools, educators and teaching artists across America; and brought together artists and business leaders to influence the emerging field of cultural entrepreneurship. She also served as executive producer of the internationally-acclaimed feature documentary The Music of Strangers: Yo-Yo Ma and the Silk Road Ensemble.

Freid was previously executive vice president for public affairs and university relations at Brown University. A magazine journalist and editor, she served as publisher of Harvard magazine and publisher and editor of Bostonia magazine. She graduated from Washington University in St. Louis and holds an M.B.A. from Boston University, as well as an Ed.D. from the University of Pennsylvania.