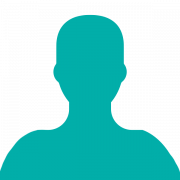 John Fireman MFA ’14 has worked in film development with Sidney Kimmel Production and New Line Cinema. Since graduating from MECA&D, he has continued to be very involved with the College as a teaching assistant, digital lab tutor, panelist, guest speaker, guest critic, academic tutor, and instructor.  He also has an MBA in entertainment media and technology from New York University and a BFA in film theory from Yale University.  John recently completed a feature‐length screenplay about terrorist Mohammed Atta’s last night on earth. His movie Sigrid on her 14th Birthday has been screened throughout New England and beyond and he is currently working on two documentary films, one about a girls high school basketball team, and the other an improvised conversation between two generations of regional storytellers.

● Film Jack screened at the Brooklyn Academy of Music

● 2013 winner for Best Experimental Film at the Maine Film Festival