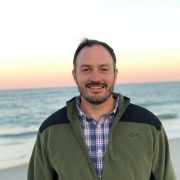 Corey Huckins is a Maine native and a veteran of the U.S. Air Force, Security Police. He attended the University of Southern Maine before becoming a Trooper with the Maine State Police. As a Trooper, Corey patrolled the Sebago lake region, Oxford Hills region and I-95. In 2011 Corey was promoted to Sergeant and served as a patrol supervisor. In 2015 Corey was appointed Cadre supervisor at the Maine Criminal Justice Academy in Vassalboro ME. During his service Corey attended Texas A&M for Threat and Risk Assessment certification. He also received several awards for Meritorious Service and the State Police Colonels award for designing and implementing a school emergency notification system in Oxford county. Corey retired from the Maine State Police in 2016 after 22 years of service.