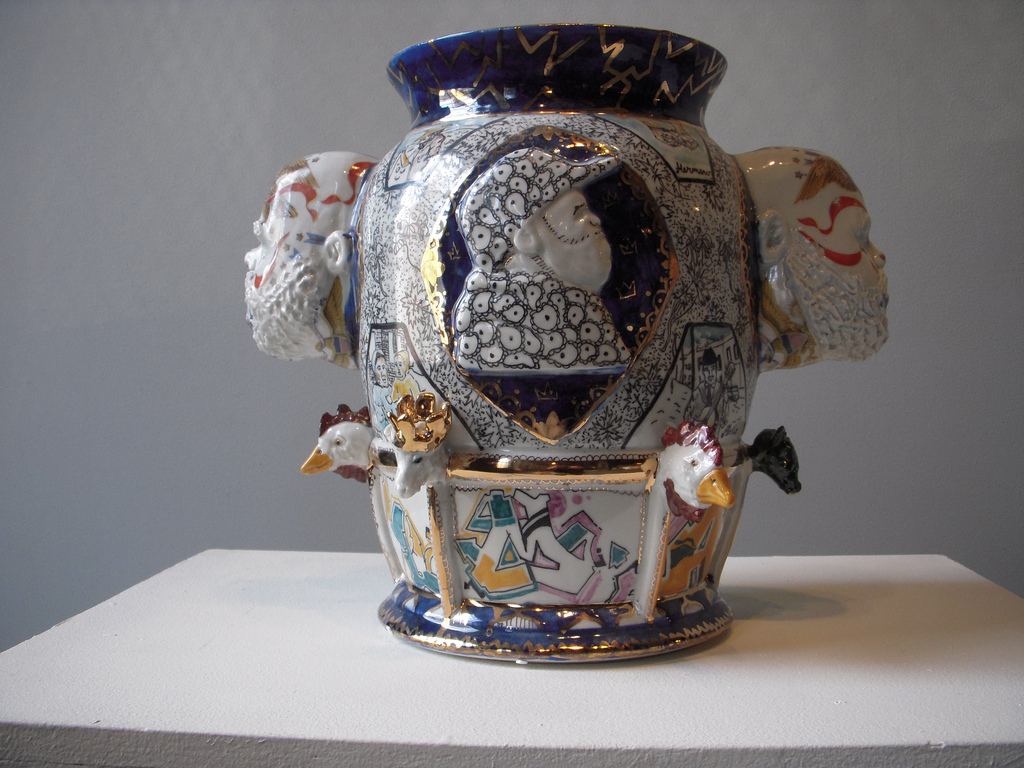 Free and open to the public.

Lugo attended the Art Institute of Chicago, earned a BFA with a concentration in ceramics at Kansas City Art Institute, and earned a MFA at Pennsylvania State University. Most recently Lugo spoke at the 2015 NCECA conference as a part of their emerging artists lectures. Lugo has exhibited at Art Basel, Ferrin Contemporary in Miami Florida, the African American Museum in Philadelphia, and had a solo exhibition at The Artist’ House in Philadelphia.

Roberto Lugo was born in the Kensington neighborhood of Philadelphia, the first generation of his family raised in the United States. Growing up Lugo was exposed to prevalent drug use and gang activity, the crack epidemic leaving half of the houses in his neighborhood abandoned. This neighborhood gave very little hope for a future outside of its boundaries.

In 2011, Lugo spoke at the National Council of Education for the Ceramic Arts in Seattle, WA with a lecture entitled “Activism Through Ceramics”. The following year at the NCECA Conference held in Houston, Texas Lugo delivered another lecture titled “From the Wheel to the Wall”, a presentation on how graffiti relates to ceramics.

Recently, Lugo is exhibiting alongside photographer, Richard Ross, the combination being a catalyst for changing legislation on how juveniles are incarcerated. This exhibition provides a framework for Lugo to directly engage the community, one such event is a question and answer session with inner city youth, discussing his work as well as his life story.