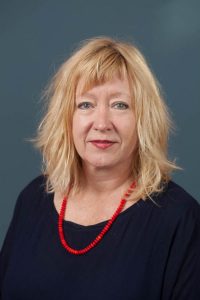 Raechell Smith has served as Director and Curator of the H&R Block Artspace at the Kansas City Art Institute since its founding in 1999. As a contemporary art space with a strong teaching mission, the Artspace has been recognized for excellence in architectural design, graphic design, and public programming within the region.

Smith has also curated and collaborated on thematic exhibitions exploring a range of timely and topical issues, include State of the World, exploring the presence of the flag in contemporary global art, On Watch, a meditation on the presence of surveillance in modern life, Making Histories, examining how artists engage and reimagine historical narratives, Humor Me, and Cryptozoology: Out of Time Place Scale.

As an advocate for artists and art communities across the United States, Smith has served on regional and national advisory panels and boards of numerous national and regional organizations that provide critical support to artists, including the Charlotte Street Foundation, the Tulsa Artist Fellowship, National Endowment for the Arts, Artadia, and United States Artists, among others.