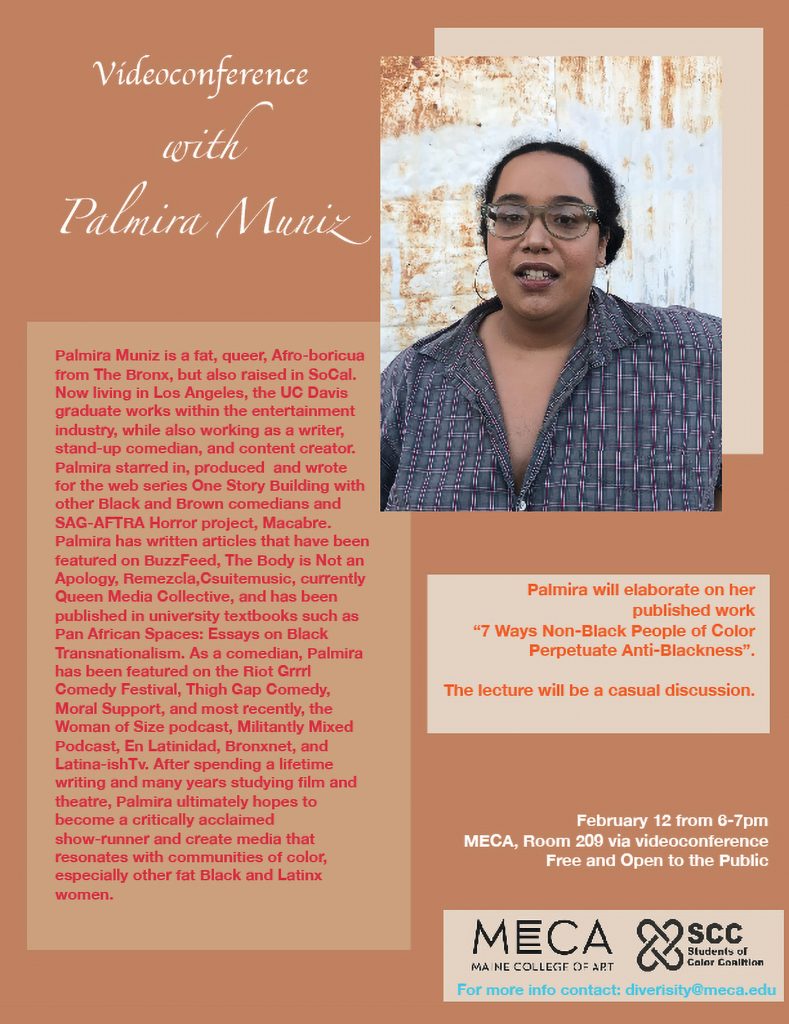 Palmira is here to elaborate on her published work “7 Ways Non-Black People of Color Perpetuate Anti-Blackness”. The lecture will be in discussion style.

Palmira Muniz is a fat, queer, Afro-boricua from The Bronx, but also raised in SoCal. Now living in Los Angeles, the UC Davis graduate works within the entertainment industry, while also working as a writer, stand-up comedian, and content creator. Palmira starred in, produced and wrote for the web series One Story Building with other Black and Brown comedians and SAG-AFTRA Horror project, Macabre. Palmira has written articles that have been featured on BuzzFeed, The Body is Not an Apology, Remezcla,Csuitemusic, currently Queen Media Collective, and has been published in university textbooks such as Pan African Spaces: Essays on Black Transnationalism. As a comedian, Palmira has been featured on the Riot Grrrl Comedy Festival, Thigh Gap Comedy, Moral Support, and most recently, the Woman of Size podcast, Militantly Mixed Podcast, En Latinidad, Bronxnet, and Latina-ishTv. After spending a lifetime writing and many years studying film and theatre, Palmira ultimately hopes to become a critically acclaimed show-runner and create media that resonates with communities of color, especially other fat Black and Latinx women.

This event is part of Resilience Week at MECA&D (February 7–14, 2020). View the event schedule and details here.