All lectures in this series are hosted in Osher Hall and are open to the public at no charge. Seating is limited. Supported in part by the Gene R. Cohen Charitable Foundation, the Isabel K. Pease Trust, and friends of the College through the Osher Chair Naming Program. Call 207.699.5010 for more information.

Mary has written about and lectured extensively on 20th- and 21st-century American art, recently presenting "Unlikely Provocateur: Edward W. Root, American Modernism and The Metropolitan Museum of Art" at the 2008 Southeast College Art Conference and "American and Modern: Edward W. Root and the Munson-Williams-Proctor Arts Institute" at the 2007 College Art Association annual conference. 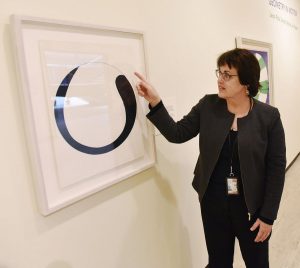