Life As A Muslim Girl in Maine

Events Life As A Muslim Girl in Maine

Life As A Muslim Girl in Maine: Thoughts, Stories, and Images

A Justice for Women Project

In 2017, the Justice For Women Lecture (JFW) Series welcomed Zainah Anwar of Malaysia. Ms. Anwar is the director of Musawah, a global movement for equality and justice in the Muslim family and a founding member and former executive director of Sisters in Islam. She is at the forefront of the Islamic feminist movement, which seeks to end the use of Islam to justify discrimination against women.

The portraits and accompanying writings featured in “Life as a Muslim Girl in Maine" were inspired by Ms. Anwar’s meetings with young women at Deering High School and Lewiston High School as part of the JFW program this past March. Students met in small groups with Ms. Anwar and shared their stories and experiences as Muslim women. Learning about Ms. Anwar’s work motivated these young women to participate in the creation of this exhibit.

The exhibit is free and open to the public.

"Life as a Muslim Girl in Maine" is made possible by a grant from the Maine Humanities Council which was matched by Lee International.

The Justice For Women Lecture Series would like to thank Catherine Frost, the photographer, for her beautiful work and her support of JFW and the young women who are featured in this exhibit. We would like to thank our framer, Johanna Moore of Lone Pine Projects, LLC. Additionally, we would like to thank the following organizations and individuals for their generous support: City of Portland, Jenn Carter and Lewiston 21st Century Program, Maine College of Art & Design, and Sarah Shmitt and Portland Public Schools. 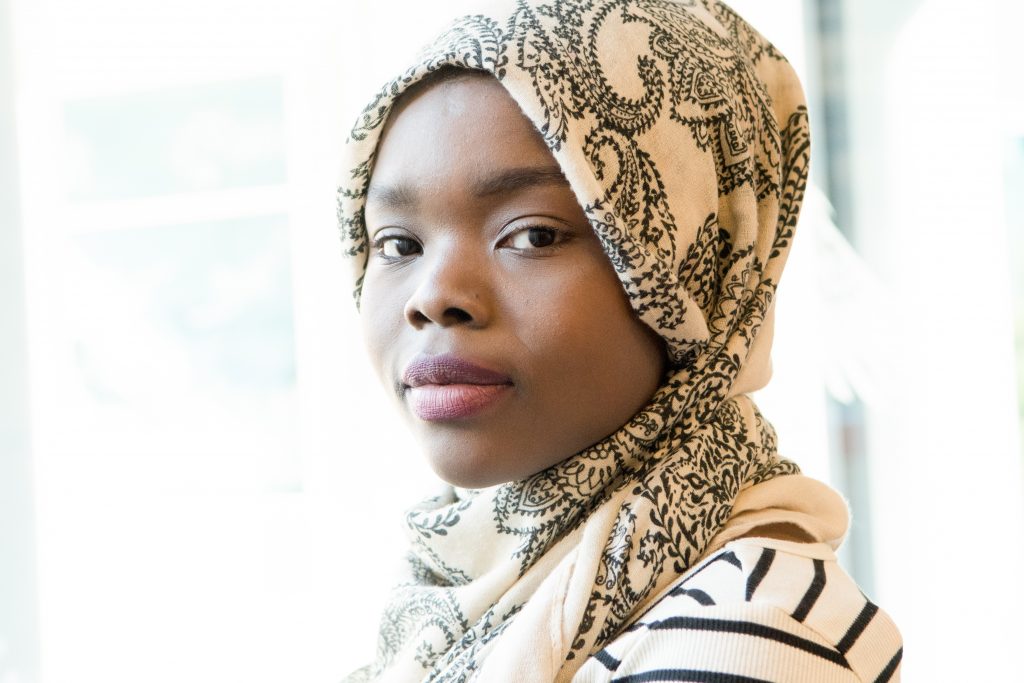