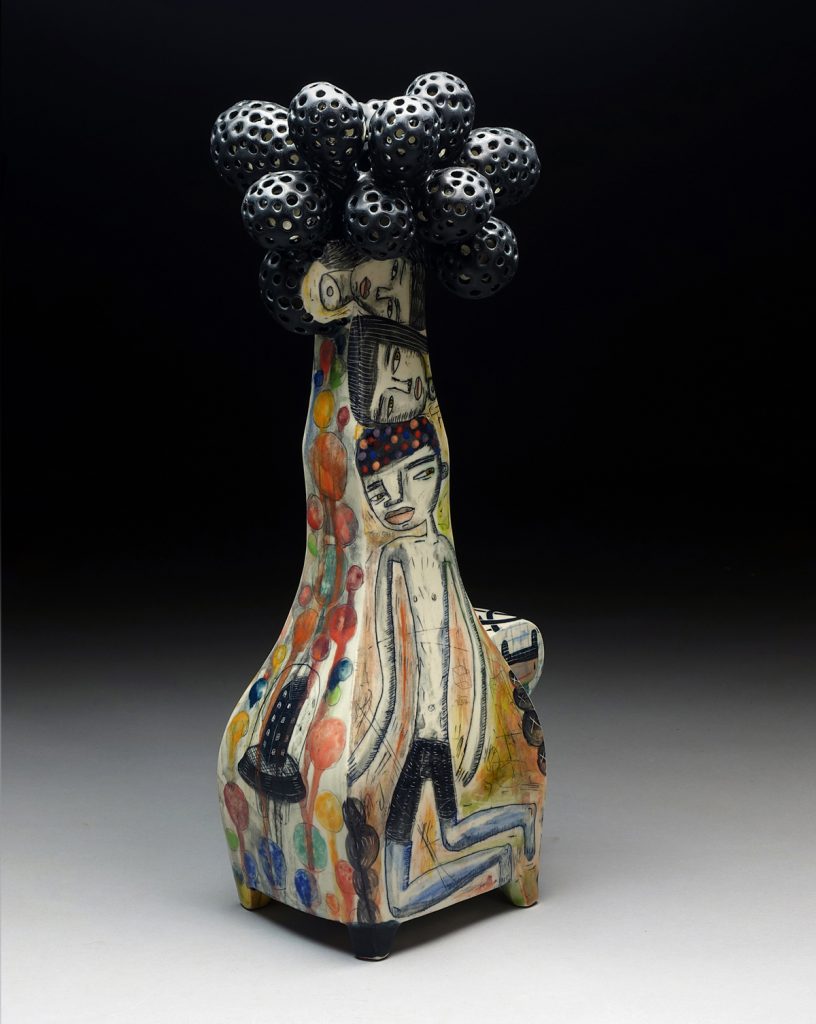 Kevin Snipes is an American artist born in Philadelphia and raised in Cleveland, Ohio. He received a B.F.A. in ceramics and drawing from the Cleveland Institute of Art in 1994 and concluded graduate studies at the University of Florida in 2003. Snipes has been awarded numerous awards and artist residencies including fellowships at The Hambidge Center for Creative Arts and Sciences in Rabun Gap, GA, The Clay Studio in Philadelphia; Watershed Center for Ceramic Arts in New Castle, ME; A.I.R. in Vallauris, France and C.R.E.T.A. Rome. Snipes received a Taunt Fellowship from the Archie Bray Foundation in Montana in 2008 and a McKnight Residency award from Northern Clay Center in Minneapolis, MN in 2011. In 2014, he was awarded a Joan Mitchell Foundation Painters and Sculptors Grant. Other awards include the Purchase Award at the 2009 NCECA Clay National Biennial, an Individual Excellence Award from the Ohio Arts Council in Columbus and a Marie P. Cowen Fellowship in ceramics from Worcester Center for Crafts in MA. Snipes has exhibited both nationally and internationally, as far away as Jingdezhen, China. He currently resides in Macon, Georgia, where he is the visiting artist at Wesleyan College. 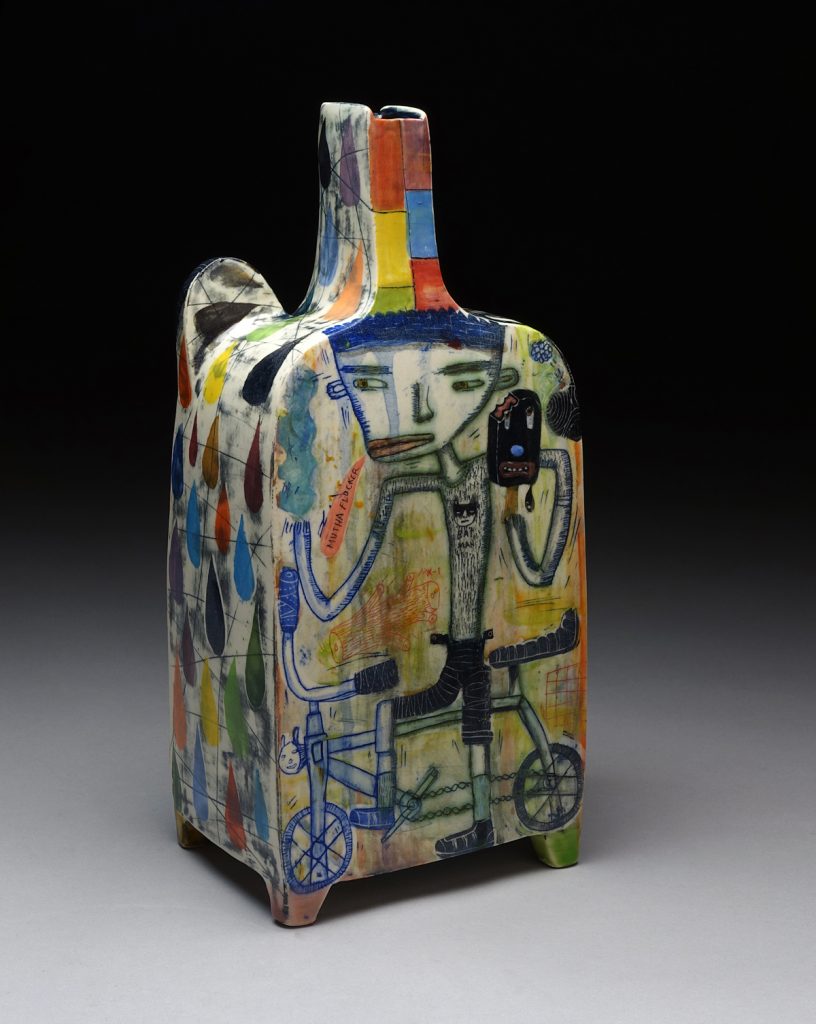 Snipes' artwork explores concepts of otherness. Snipes employs techniques of narrative drawing and hand-constructed porcelain to craft objects that cross the boundary between sculpture and painting. His works are a combination of atypical pottery forms, quirky figurative drawings and contemporary vernacular language. His pieces are influenced by traditional and nontraditional art forms including street art, architecture, contemporary painting, art history and even children’s toys and drawings. His work has an underlying sophistication based in existentialist thought, creating a dynamic body of work that is both culturally transcendent and personally identifiable. Through his use of multi-faceted narratives he challenges the viewer to consider the concept of otherness in confrontation with the self.

Hosted by the Ceramics Department.
Funded by the Windgate Foundation.