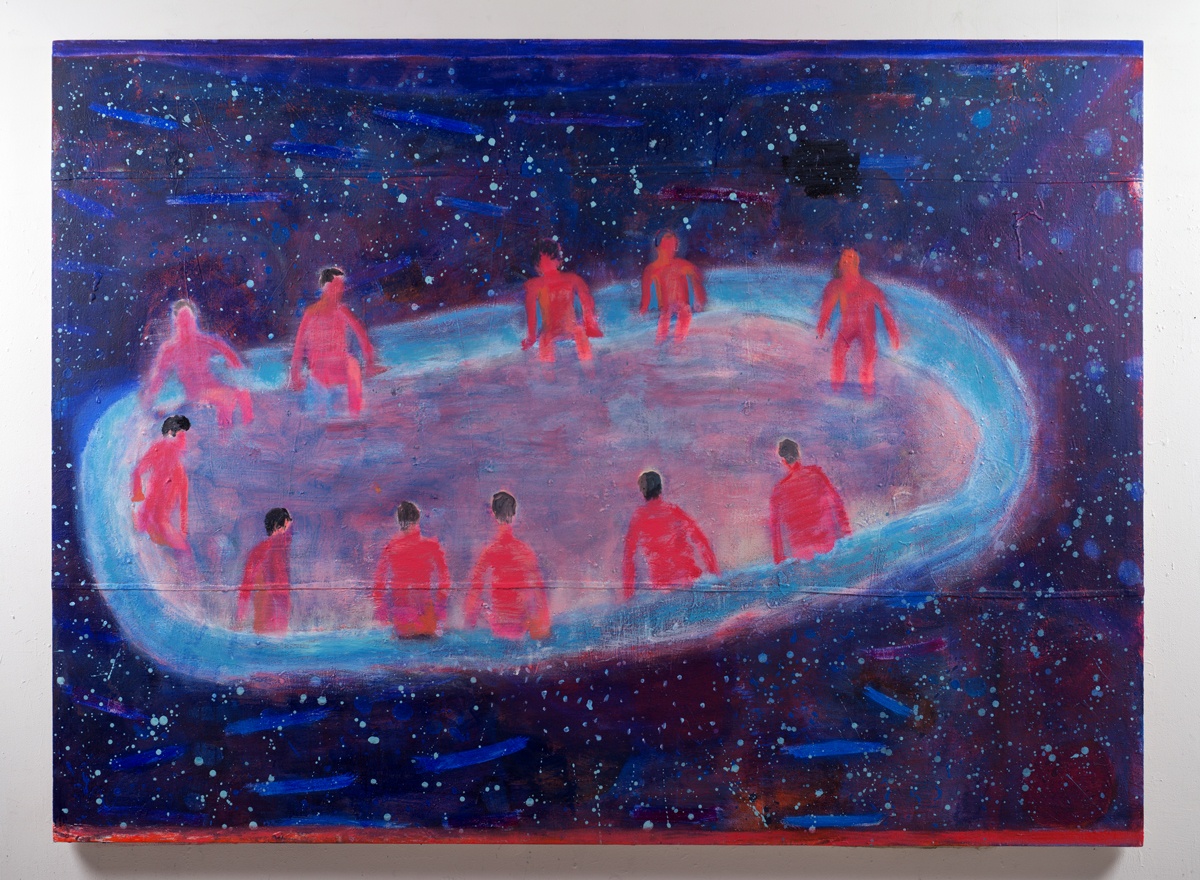 Monday, July 16, 5:30pm
Painter Katherine Bradford's cast of characters–ships, swimmers, superheroes–are often caught mid-motion, floating, flying and drifting against bold brushstrokes and luminous fields of color. Bradford conjures her symbolic imagery including red skies and archetypal figures from an economy of intuitive and primitive marks. Her lush, painterly surfaces merge abstraction with figuration in a highly personal way to describe, not form, but feeling. The paintings flicker and glow with a strange phosphorescent light that suggest deep, dark dreams and a hazy space between reality and imagination. Consistent throughout the work is the suggestion of new frontiers and failed journeys. Humanistic and intense, Bradford's paintings explore the infinite through color, shape, and symbol and are, in turns, humorous, epic, emotional and vulnerable.

Her works have been exhibited at MoMA PS 1 in New York, the Brooklyn Museum, the Portland Museum of Art, the Addison Gallery of American Art in Andover, the Weatherspoon Art Museum at the University of North Carolina in Greensboro, and Philadelphia's University of the Arts. She has been honored with an award from the American Academy of Arts and Letters, a Pollock-Krasner Foundation Grant, a Joan Mitchell Foundation Grant, and a Guggenheim Fellowship. Text courtesy of Adams and Ollman.