“Freedom Over Me” Book Launch at Portland Public Library

Events “Freedom Over Me” Book Launch at Portland Public Library 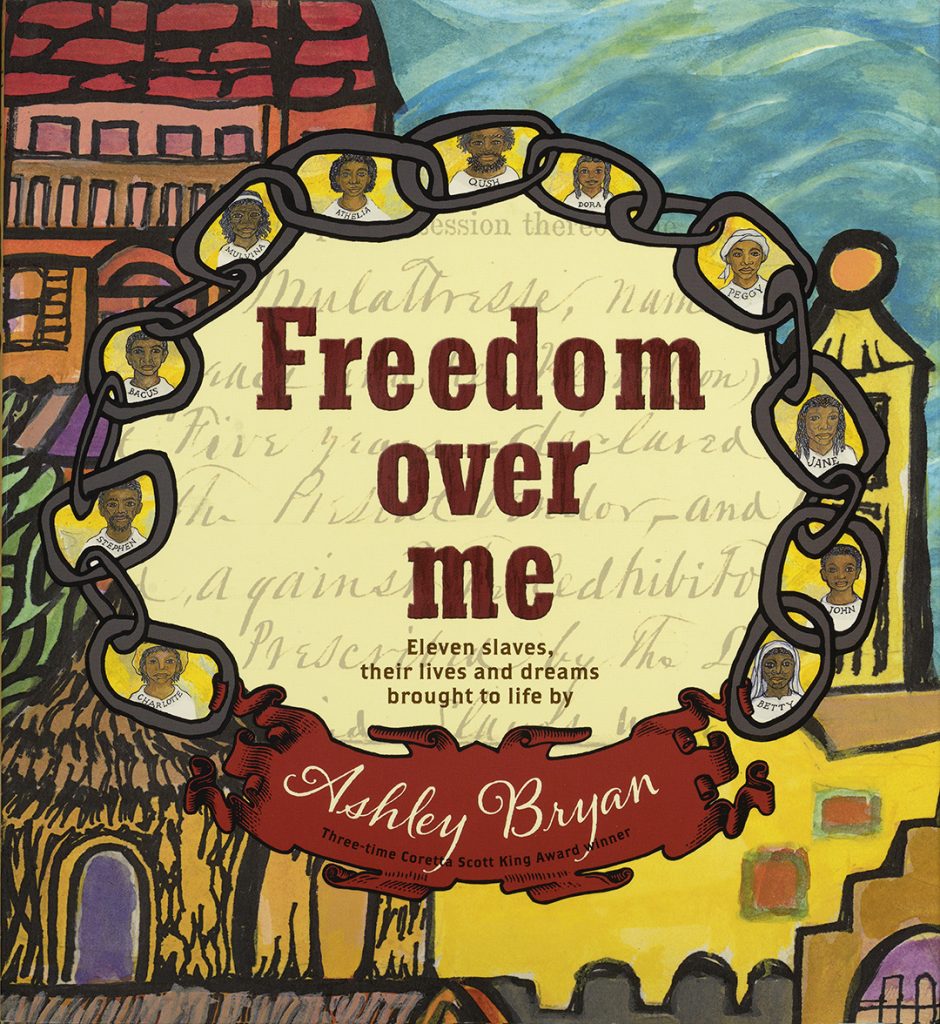 Followed by Book Signing by Award Winning Maine Author, Illustrator Ashley Bryan, 93, artist and author/illustrator of over 50 books, will present his newest and most ambitious book to date: Freedom Over Me. Books will be available for sale and signing at the event by Shermans Bookstore.

Freedom Over Me brings to life eleven slaves Bryan first encountered in an 1828 slave document he bought at a local Maine auction over a decade ago. The original bill of sale listed the eleven individuals only by name and price—along with other goods from a southern estate—livestock, household goods, farming equipment. With brush and pen, Bryan assigned the people faces, histories, skills, talents, relationships, hopes and dreams. He described the effort of creating their lives as a “mind, heart and soul project.” As he drew their portraits and wrote their stories in prose, he thought of himself, “a black man, reading, writing, painting freely,” all the time aware that, “had I been born under slavery…” He noted that a slave “caught in these acts would have been brutally beaten, even to the extreme of cutting off the slave’s hands.” When the anguish of these thoughts would overcome him, Bryan would go out into the garden and paint the hollyhocks and dahlias to relax.

“An impressive coalition of groups came together to organize this Portland launch for Freedom Over Me,” notes Daniel Minter, one of the event organizers. Minter, also an artist and children’s book illustrator who considers Ashley Bryan to be a significant mentor and role model, teaches at the Maine College of Art & Design (MECA&D). He is a founding board member of the Illustration Institute and serves on the Board of the Ashley Bryan Center. The Ashley Bryan Center, along with the

The November 5th Portland event is scheduled just two days after the prestigious Kirkus award will be announced in Austin, Texas. Freedom Over Me is one of six nominees in the Kirkus Young Readers Literature category, selected from over five hundred candidates. Bryan has won numerous awards for his works in children’s literature in the past, including a Coretta Scott King—Virginia Hamilton Award, and a Laura Ingalls Wilder Award—both for Lifetime Achievement. He received an honorary award at MECA&D in 2014 in acknowledgement of his lifetime achievements in the arts. 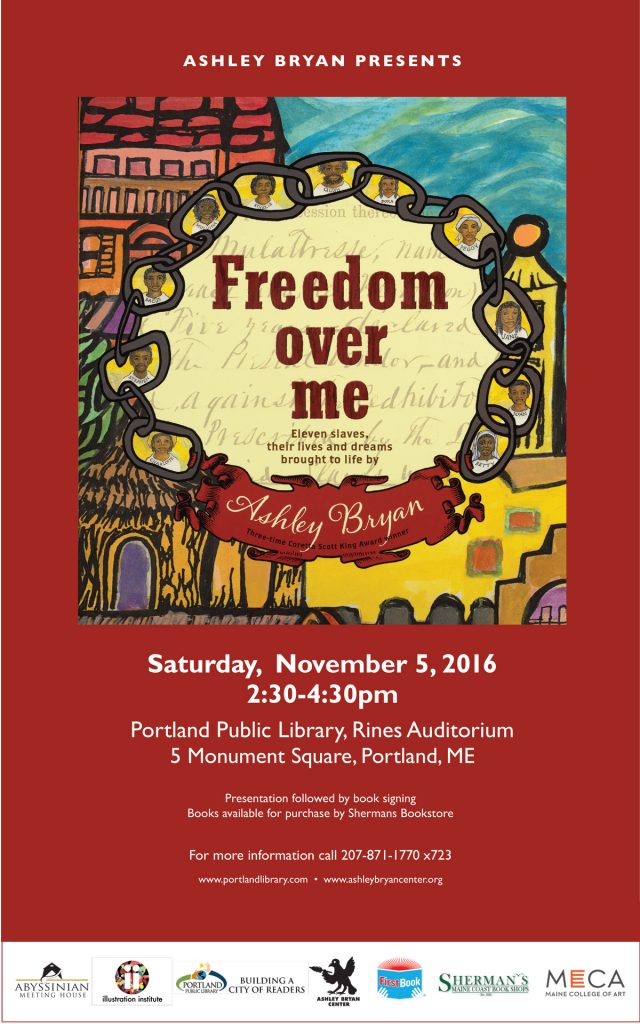