Miho Aida will be screening her film, The Sacred Place Where Life Begins. The film documents women in the American Arctic and their efforts to protect it. Miho is an environmental educator originally from Japan and works in the San Francisco Bay Area. In addition to discussing her film, Miho provides opportunities to write letters to elected officials. Both adults and children in the audience are very moved by the experience.

In 2015, Miho biked from DC to Bar Harbor showing the film in campgrounds and libraries. She is now partnering with the Sierra Club and focusing attention on Ohio and Maine to enact change that may help protect this area.

Hello, everyone! My name is Miho Aida. My first name Miho means to be a leader who demands for greater democracy for all people and protects culture and environment. My birthdate is the day when US Congress officially recognized as Women’s Equality Day. I aspire to live a life that honors my name and my birthdate. One of the ways that I live up to my name is to create an environmental media culture that gives a voice to women. In particular, I am committed to amplify a voice of women of color through films to counterbalance the lack of their representation in the environmental movement with a hope to provide role models for all girls.

This July, I am coming to Maine to share my award-winning short documentary called The Sacred Place Where Life Begins - Gwich'in Women Speak. In this short film, Arctic indigenous Gwich’in women call for a permanent protection of their sacred land in Arctic National Wildlife Refuge from a potential oil development. The development would not only violate the rights of indigenous people but also integrity of humanity, and I feel strongly that I have a personal power and responsibility to stand in unity with the Gwich'in for the future generations.

I will be touring on my bicycle with a hope to help communicate the voice of the Gwich'in women and show how one woman can make a difference to protect our heritage that we all have responsibility to pass on to our future generations. Come see the film and be inspired to take action with us. Join the movement. See you in Maine! 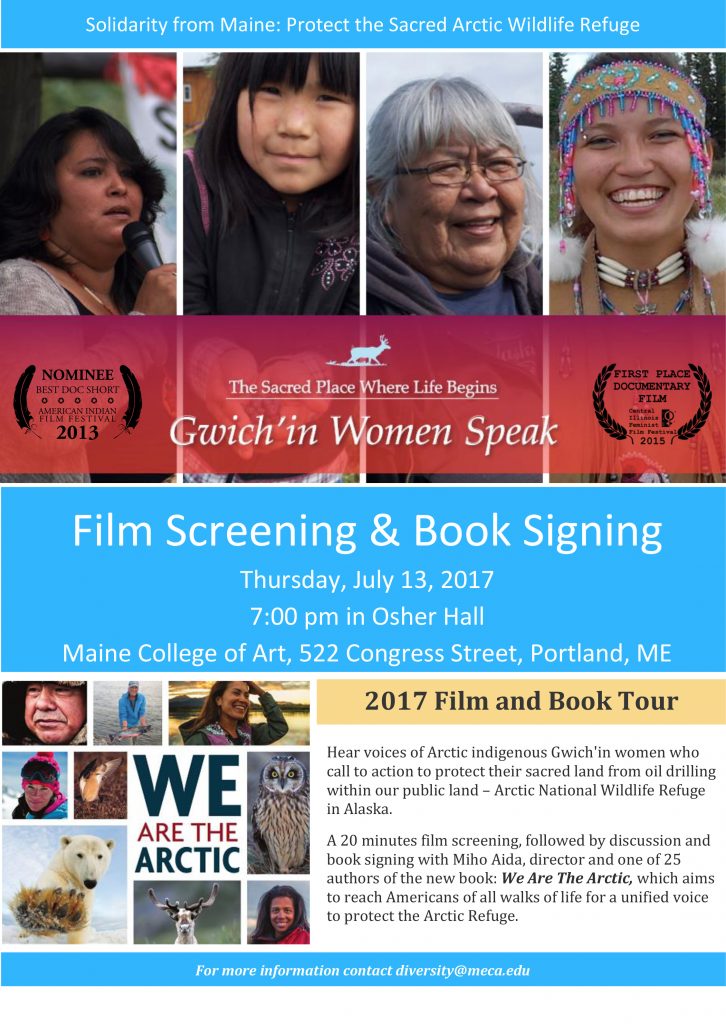