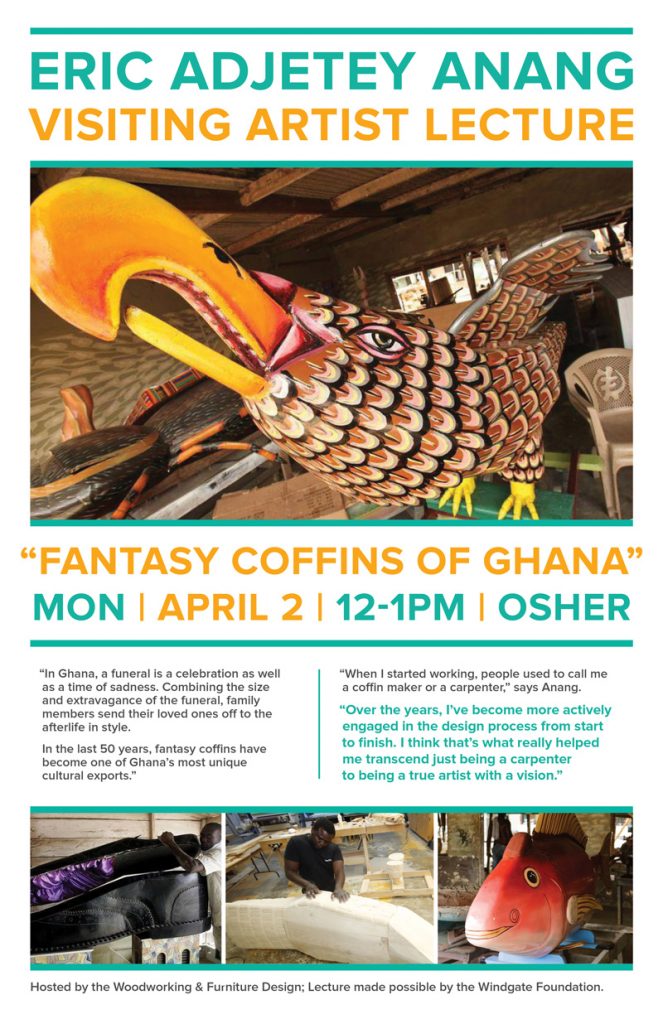 Eric Anang is a Ghanaian sculptor and fantasy coffin carpenter. He was born in Teshie, Ghana, where he lives and runs the Kane Kwei Carpentry Workshop. The story of the fantasy coffin begins in 1950s colonial Ghana.

In Ghana, chiefs are often transported via palaquins (also known as sedan chairs) during traditional festivals. In the 1950s, Seth Kane Kwei, a young carpenter, made a palaquin in the shape of a cocoa pod for one such chief. Unfortunately, the chief died unexpectedly before the festival, so he was buried in the palanquin instead. At his funeral, the unique coffin drew many admirers. Within a few weeks, local people began to request unique coffins.
The coffins, also popularly known as abebuu adekai or "proverb boxes," quickly became one of Ghana's most unique traditions.