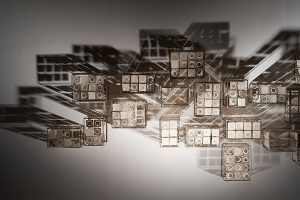 Eneida Sanches began her studies in arts at the Art School of Bahia at the age of six. She studied architecture from 1980 to 1990 and simultaneously along with the course of Fine Arts at the Fine Arts of the Federal University of Bahia, Brazil.

She has research on African and Afro-Brazilian aesthetics since 1990 and studies calcography (prints from etching) at the Museum of Modern Art workshops in Bahia from 1995 to 2000. She exhibits from 1992 to 2000 in Museums and Galleries in Brazil and the United States with tools of liturgical use of the Yoruba candomblé showing works related to the theme of the Transe and expands the language of the prints into objects and installations.

In 2007, she was awarded the XXIV Salon of the Bahia Museum of Modern Art MAM-Ba and took part in the Frie Academie, Den Haag, The Netherlands.

As of 2011, she brings together printing and video-installation through the series Transe - Displacement of Dimensions in a collaborative work with photographer and video maker Tracy Collins (NY).

In 2013 she has his work published in the Magazine of Contemporary Art N / Paradoxa (Bisi Silva) and exhibits installation Transe (video installation) at the Festival Video Brasil 2013 - SP. In 2014 she was selected for a 3-month art residency at NAFASI Artspace in Dar Es Salaam, Tanzania. She was also nominated to the most important prize in the country, PIPA Prize. In 2016 she presents his work at Itau Cultural SP in the collective Diálogos Ausentes curated by Rosana Paulino and Diane Lima.

In 2017 she moved his studio to Sao Paulo where she works and lives. She participates in the Gaia Biennial in Portugal. In 2018, she is part of the PretAtitudes collective exhibition at SESC Ribeirao Preto, curated by Claudinei Silva. She presents her first solo show at Galeria Andrea Rehder, Sao Paulo and has her artwork published in the Contemporary And (C&) Berlin-based magazine.