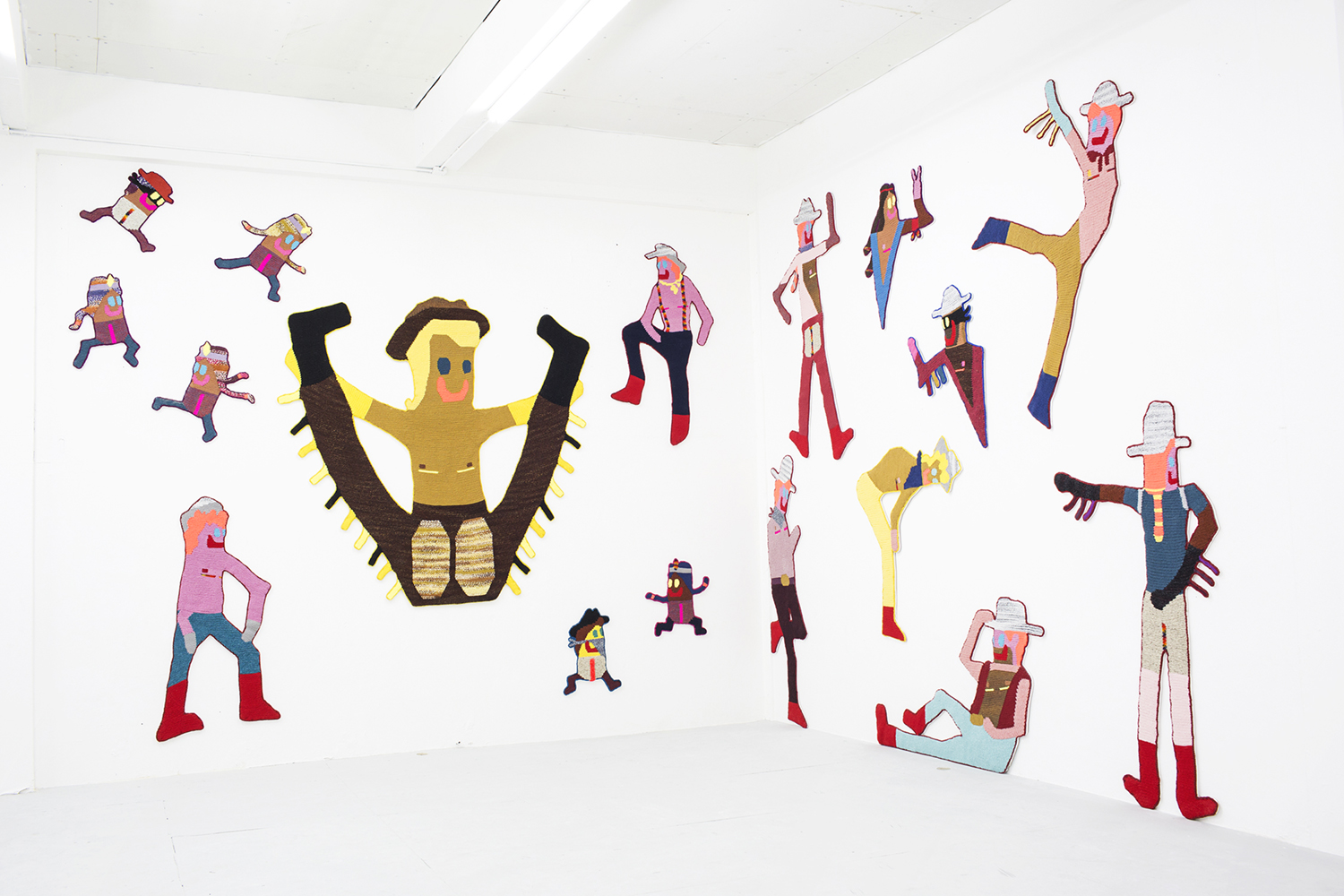 Wednesday, July 18, 5:30pm
Caroline Wells Chandler’s brightly colored hand-crocheted works explore notions of queerness and sexuality as well as the art historical canon. His characters are radically queer, and his representations of gender declare queerness as the normative state. Chandler completed his foundation studies at the Rhode Island School of Design and received his BFA cum laude from Southern Methodist University in 2007. He has shown at numerous institutions including: Roberto Paradise (San Juan, Puerto Rico), Lord Ludd (PA), Art League Houston (TX), Zurcher Studio (NY), Field Projects (NY), Vox Populi (PA), Sanctuary (PA), N’Namdi Center for Contemporary Art (MI), Open Gallery (TN), and the Stieglitz Museum (‘s-Hertogenbosch, The Netherlands) among others. Chandler is a 2011 MFA recipient in painting at the Yale School of Art where he was awarded the Ralph Mayer Prize for proficiency in materials and techniques. He lives and works in New York. Text courtesy of MaakeMagazine.