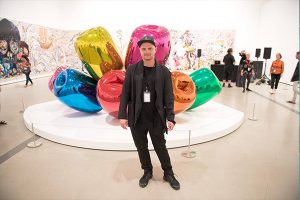 Based in Los Angeles, Bradford Nordeen is a writer, curator and founder of Dirty Looks. His publications include Check Your Vernacular, Dirty Looks at MoMA, Fever Pitch, and the Dirty Looks Volume series (editor). He has written for Frieze, Art in America, Afterimage, Huffington Post, indieWIRE and Butt Magazine, and received the 2018 Creative Capital / Warhol Foundation Arts Writers Grant for the podcast Analog Tendencies. He was Platinum Programmer for Outfest Los Angeles (2013-2016), and guest curator for inaugural season of public programs at The Broad Museum. He has curated exhibitions and screenings at ONE Gay and Lesbian National Archives, RISD, MoMA, The Kitchen, SFMoMA, The Hammer Museum, and New York Live Arts. He holds a BFA from CalArts and an MA in Contemporary Cinema Cultures from King’s College London.