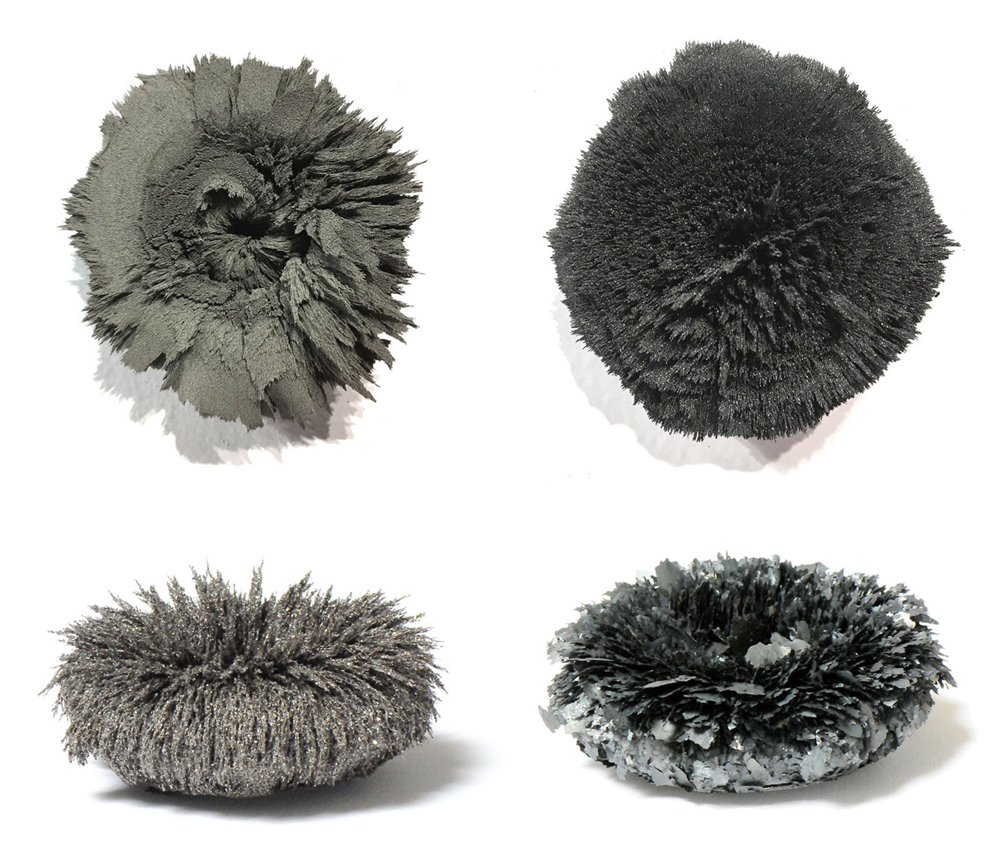 Bettina Dittlmann lives and works in her native Germany. After completing an apprenticeship in jewelry in Neugablonz, she joined the prestigious Kunstakademie in Munich, where she studied under Hermann Jünger until 1989. She then came to America for to complete a master's degree at SUNY New Paltz, New York, before returning to the Kunstakademie, this time under the direction of Otto Künzli, to graduate in 1993. Having moved his studio a few times between the United States and Europe, it is now based in Breitenbach, in western Germany, since 2008.

The new pieces she offers are made with calamine, the iron oxide chips that are on the surface of the metal after the forge. Coupling this material with neodymium magnets, she uses the laws of physics to determine the orientation and disposition of each component of her jewelry. With the power of magnetic fields, Dittlmann represents metaphorically the social and political turbulence in which we evolve, being forced to forces that seem invisible and uncontrollable. Arranged concentrically by the force of the magnet, like flowers, the pins of Bettina Dittlmann recall both the tumult, the change and the ephemerality of life.

Funded by the Windgate Foundation.