MECA&D’s Visiting Artist & Guest Lecturer Series invites professional artists, educators, curators, thought leaders, and creative entrepreneurs to present on topics of interest and importance to the MECA&D community. All lectures in this series are hosted in Osher Hall and are open to the public at no charge. Seating is limited.

Abelardo Morell was born in Havana, Cuba in 1948. He immigrated to the United States with his parents in 1962. Morell received his undergraduate degree in 1977 from Bowdoin College and an MFA from The Yale University School of Art in 1981. In 1997 he received an honorary degree from Bowdoin College.

His publications include a photographic illustration of Alice’s Adventures in Wonderland (1998) by Dutton Children’s Books, A Camera in a Room(1995) by Smithsonian Press, A Book of Books (2002) and Camera Obscura (2004) by Bulfinch Press and Abelardo Morell (2005), published by Phaidon Press. Recent publications include a limited edition book by The Museum of Modern Art in New York of his Cliché Verre images with a text by Oliver Sacks. 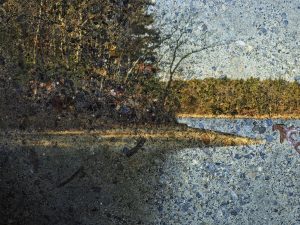