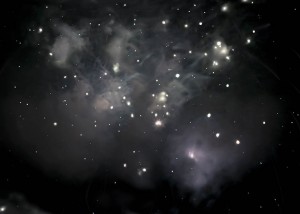 Curator Sage Lewis '04 has selected artists and work coalescing around the idea of bounty, a word that surfaced while viewing the artists' portfolios. Bounty refers to both generosity and reward, but particularly for the reward sought out by the pursuit of artistic practice. The relation of the artist to their subject matter, the histories of makers and philosophers that have come before, and the often private searching that occurs in seeking and finding form for the work are central parts to this theme.

These relationships will deepen as the format of the exhibition develops in meetings and studio visits with each artist.

Lucy Breslin, Associate Professor and Program Chair, Ceramics
Lucy Breslin has taught for over 25 years at MECA&D. She earned her MFA in Ceramics from Kent State University and has a BA from Pennsylvania State University. After completing her MFA, she was awarded a year‐long residency at The Archie Bray Foundation in Montana. The following year she lived and traveled in Spain on a Fulbright Fellowship, visiting over 40 traditional potteries. Her work has been widely exhibited in venues such as Yellowstone Art Museum, Hunter Museum of American Art, NCECA Clay National, and others. She has been a visiting artist at schools and art centers around the country and has participated in numerous NCECA panels and demos. In 2014 she worked with 13 artists from nine different countries at the International Ceramic Center in Denmark. Her work has been included in the publications Ceramics Monthly and Clay Times as well as 500 Vases, 500 Plates, and 500 Ceramics, all published by Lark Books.

Michael Connor, Instructor, Illustration
Michael Connor has taught at Waynflete Summer Arts and Breakwater Creative Arts, as well as taught workshops in comics and cartooning for children and adults before joining MECA&D’s Illustration Program. He is also a freelance illustrator whose clients have included local music acts Big Blood, id m theft able, Tom Whitehead, and Dan Knudsen, as well as international musicians Jaap Blonk and B.J Snowden. He also exhibits his work frequently in local galleries. While he enjoys many means of image‐making, including graphite drawing, collage, painting, and assemblage, his area of expertise is black‐and‐white line art and sequential narrative, much of which has been self‐published in a zine titled Coelacanthus. Michael also works at the local eclectic shop Strange Maine. He earned his BFA from the University of Southern Maine and is a frequent Maine Comics Festival participant.

Jamie Hogan, Assistant Professor of Illustration
Jamie Hogan grew up in the White Mountains of New Hampshire and, after living in Providence, Boston, and San Francisco, settled on Peaks Island in Casco Bay, Maine. She earned her BFA from Rhode Island School of Design and has taught at MECA&D for over a decade. Her illustrations have appeared in American Illustration, Print magazine, Graphis, Maine magazine and the Los Angeles Times. In 2015, her work was featured in the exhibit The Storybook Waters of Illustrator Jamie Hogan at the Sam L. Cohen Children’s Library at the Portland Public Library. Recent projects include illustrations for: Island Birthday, a children’s picture book about a Maine island by renowned essayist Eva Murray; the children’s chapter book Tiger Boy by Mitali Perkins; and John Muir Wrestles a Waterfall by Julie Danneberg. She is the winner of the Jane Addams Peace Association Honor Award for illustrations in Rickshaw Girl by Mitali Perkins and is a member of the Maine Illustrators Collective.

Hilary Irons, Instructor, Foundation
Hilary Irons earned her BFA from Parsons School of Design in 2002 and began teaching at Yale School of Art, where she earned her MFA. She studied as a private student with painter Sigmund Abeles and maintains a studio in the Artists Studio Building in Portland. While her work has become more stylistically diverse with time, some consistent themes remain: how does the juxtaposition of naturalism and abstraction (in the context of composition) mirror the human experience in the natural world, and how does this relate to our use and interpretation of our natural habitat? What kind of power dynamics are at work in the relationship between people and the land? How have landscape painting and geometrical abstraction traditionally approached this dynamic? Her site‐specific work was recently included in the group exhibit Knock Knock at Mayo Street Arts. She has received grants from the Leon Levy Foundation and the Skowhegan School of Painting and Sculpture and received the Al Held Prize to attend the American Academy in Rome.

Kate Greene, Instructor, Photography
Kate Green earned her BFA from Massachusetts College of Art and her MFA from Yale University School of Art. She has lectured at Humboldt State University and served as an assistant curator of public education at Yale University Art Gallery. Her work has been exhibited at the Rhode Island School of Design, the Noorderlicht International Photofestival at Museum Dr8888, the New York Photo Festival, and the Daniel Cooney Gallery. She has received fellowships from the Tierney Family Foundation, Yale Summer School of Art and Anderson Ranch Arts Center.

Justin Kirchoff, Professor and Program Chair, Photography
The son of artists and collectors, Justin Kirchoff has an interest in images both as a form of communication and as objects. His respect for the integrity of the medium is an important value he instills in his students. He earned his BFA from the Maryland Institute College of Art and his MFA from the Massachusetts College of Art. Kirchoff’s work explores the contradictions and connections of fatherhood, masculinity and the home, while prodding the clichés of midlife. He is a Piscataqua Region Artist Advancement Grant 2013 recipient and his work has been collected by The Addison Gallery of American Art and the Center of Creative Photography.

Joshua Reiman, Assistant Professor of the MFA in Studio Art, and Sculpture
Joshua Reiman is an artist working in sculpture, film, video, and photography. His work has been exhibited in galleries and museums across the United States, in Germany, and in Estonia. Prior to joining MECA&D, Joshua was a visiting professor of art at Carnegie Mellon University where he taught sculpture, installation, and site‐work. Josh has an MFA in sculpture from Syracuse University and a BFA in sculpture from the Kansas City Art Institute. In the spring of 2016 he has an exhibition at The Nassauischer Kunstverein in Wiesbaden, Germany. Other exhibitions include solo shows at Napoleon in Philadelphia and Martin Chen Gallery in Pittsburgh. He received a 2015 Wildfjords Artist Residency in Isafjordur, Iceland and is an ongoing contributor to Sculpture Magazine.

Julie Poitras Santos, Adjunct Assistant Professor of the MFA in Studio Art
Julie Poitras Santos employs diverse materials to create installations and site‐ specific performances that share a relationship with language. The work engages ritualized actions and spaces as a methodology for narrative re/creation. Also a poet, her research interests include areas where art and language intersect. She has taught sculpture at Bowdoin College, the Rocky Mountain College of Art and Design,and the University of Colorado at Boulder. She lived in Barcelona, Spain, for three years (2004‐2007) and worked as the artistic director of the art residency program Can Serrat, in Montserrat National Park. She has a BS from Tufts University in Geology and English and earned her MFA at the University of Colorado. She also has an MFA in poetry from the Stonecoast Creative Writing Program at the University of Southern Maine. She was awarded a NES Artists Residency in Skagastrond, Iceland and her work has been exhibited in Reykjanesbaer Art Museum in Iceland and at the Centre for Contemporary Culture in Barcelona, Spain.

Gail Spaien, Professor and Chair of the MFA in Studio Art
Gail Spaien interprets the natural world from different perspectives: as observed specimen, as aesthetic concept, as metaphor, and as a subject that can represent ephemeral experience. She investigates this traditional genre as a commentary on the complexities of our time and a continuation of her interest in the intersection of nature and culture. Gail received her BFA from the University of Southern Maine and her MFA from the San Francisco Art Institute. Her work has been shown at the DeCordova Museum, the Portland Museum of Art, the Center for Maine Contemporary Art, the Crocker Art Museum and other venues. She is affiliated with the Miller Yezerski Gallery in Boston and the George Marshall Store Gallery in Maine. Reviews and mentions in major publications include Art New England, the Boston Globe, and New American Painting. Her work has been widely collected and will also be included in the forthcoming Maine Art New: Contemporary Perspectives, published by University of Maine Press. Past Residencies include the Djerassi Foundation Resident Artist Program, Millay Colony for the Arts, and Skowhegan School of Painting and Sculpture.

Gan Xu, Professor of Academic Studies, and Art History
Dr. Gan Xu was born in Shanghai, China and studied art history in the at Xi’an Academy of Art, China. He received his MA in Chinese Art History from Vanderbilt University, and his Ph.D. in Comparative Arts from Ohio University. His research and publications focus on Western and Chinese contemporary art. He has published two books and more than 30 articles in magazines and exhibition catalogs. He lectures nationally and internationally, and has taught at Eastern China Normal University, Sichuan Academy of Art, Langzhou University, and Xi’an Academy of Fine Arts. He has led educational overseas travel groups to China, Japan, Korea, Italy and France. He has been exhibiting his work since the 1970s and also teaches Chinese calligraphy and ink painting.