A Tree Grows in Woodfords

News A Tree Grows in Woodfords

Local Portland, Maine, artist Aaron Stephan MFA ’02 was chosen by Portland’s City Council in June, 2016, to design a public art sculpture that is part of an overall revisioning for Portland’s Woodfords Corner area, a busy five-way intersection located about a 10-minute drive from the downtown area. He was recommended for the $25,000 commission by Portland’s Public Art Committee.

A series of public meetings are underway for people to review three preliminary designs that Aaron has developed. The sculpture will be placed in a new plaza under development in front of the Odd Fellows building on Forest Avenue, which bisects Woodfords Corner. Construction is expected to begin in the summer of 2017. 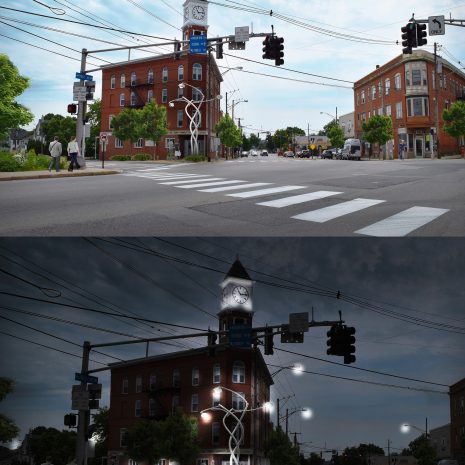 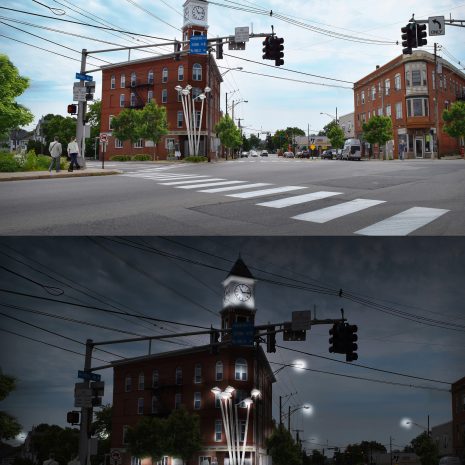 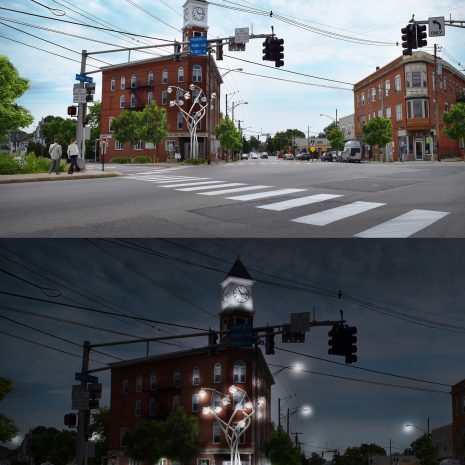 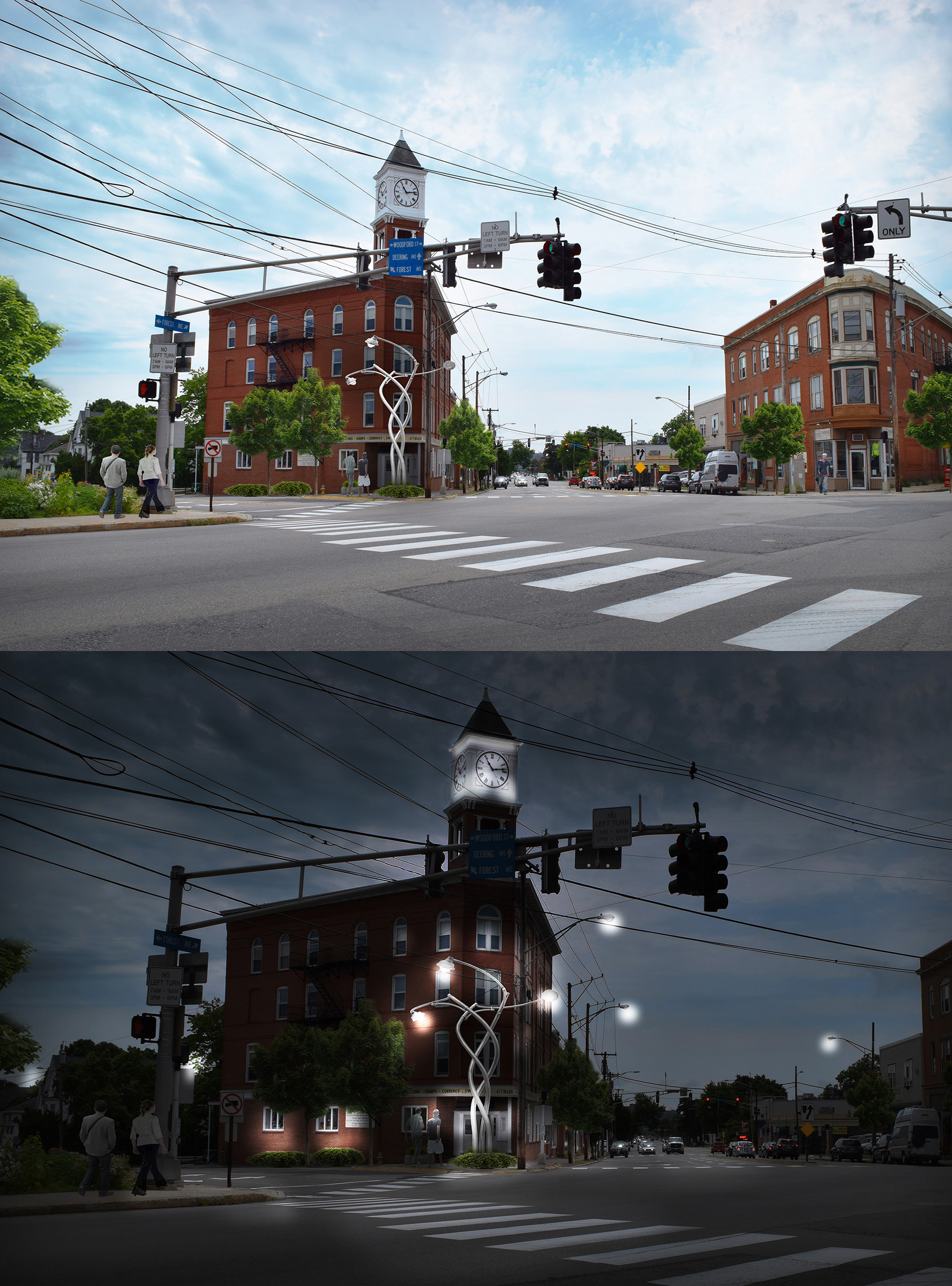 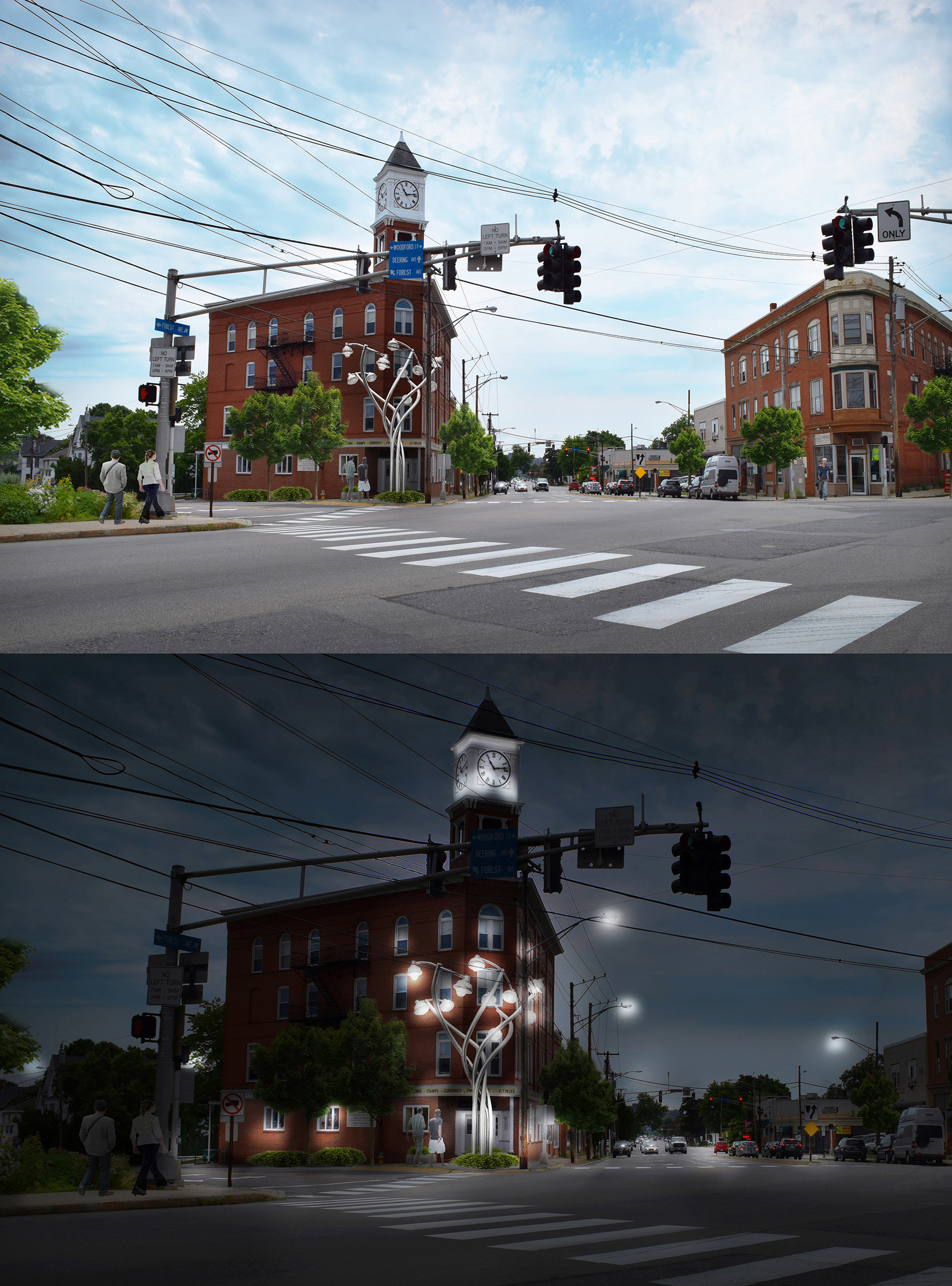 Aaron’s proposed design will incorporate five double-headed ordinary streetlights and is evocative of an industrial tree-like shape, although the possible variations range from straight poles to more branch-like poles to more swirling poles.The piece will stand about 20 feet high, slightly extending beyond the current treescape. So far, popular opinion has been in favor of the most tree-like version. Aaron plans to use aluminum poles fitted with energy-efficient LED lights and frosted globes that will create a strikingly diffused ambiance, especially during snowy weather.

The historic Odd Fellows building is a key part of his design, and in a recent Portland Press Herald article, he commented, “It was important to run with this idea that I was pulling something out of the environment and hopefully creating something magical out of that.” Some people have observed that the sculpture possibly reflects the five roads that converge at the site or echoes Portland’s mid-19th century nickname of “Forest City.”

The sculpture is part of a Woodfords Corner renovation that will include new bike lanes, pedestrian improvements, plantings, and other amenities. The 100-foot-tall four-faced tower clock in the 130-year-old Odd Fellows building was recently restored.

Other street lamp sculptures by Aaron have been displayed at the Texas Tech University in Lubbock, TX, and his piece Illuminations was installed at the W.G. Mallett School in Farmington, ME. Since earning his MFA at MECA&D, Aaron has developed a robust resume that includes solo exhibitions at DeCordova Sculpture Park and Museum and the University of Maine Museum of Art. His work has been commissioned by the Salt Palace Convention Center in Salt Lake City, UT; the University of Southern Maine Community Education Center in Portland, ME; the Music City Center in Nashville, TN; and many other places. His work has also been featured at the Portland Museum of Art in Portland, ME, and the Farnsworth Art Museum in Rockland, ME.