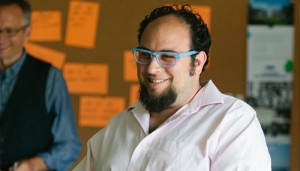 Thursday, June 23 at 5:30pm
Seth Goldenberg is the Founder & CEO of The Epic Decade, a design think tank group propelled by the essential question "How will we live, learn, work, play, and sustain ourselves in the 21st century?" The studio works with clients, sponsors, and partners to convene thought leaders, develop intellectual property, forge stakeholder and business partnership collaborations, and launch complex demonstration projects that represent breakthrough business and cultural models. Participants in The Epic Decade's IDEAS Salons have included executives from Google, Apple, GE, Mercedes Benz, Microsoft, Harvard University, American Express, the Gap, MIT Media Lab, the Guggenheim Museum, Genentech, University of Toronto, IBM, Kraft Foods, PepsiCo, NASA, and more. The Epic Decade takes on some of the most complex, wicked, and inextricable challenges of our time. 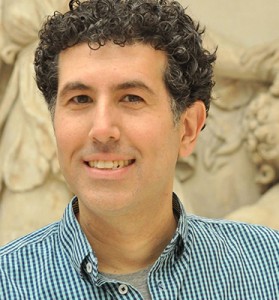 Monday, June 27 at 5:30pm
Hrag Vartanian is the co-founder and editor-in-chief of Hyperallergic, the winning art blogazine based in Brooklyn, NY. His art criticism explores the evolving status of art, its audience, and its transmission and reception. His words and images have appeared in countless publications, and he has been invited as a guest commentator on Al Jazeera, CBC, ABC, WNYC, KCRW, and other national and international media outlets. In addition to his writing and commentary, he has curated numerous exhibitions, including #TheSocialGraph, which was the first exploration of the evolving landscape of social media art back in 2010, and The Arch of my Eye's Orbit at BAM in 2016. He maintains an extensive Flickr archive of art-related images (10,000+) under a Creative Commons license. 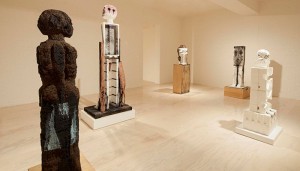 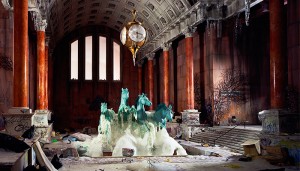 Monday, July 11 at 5:30pm
Lori Nix was born in the late 1960s and raised in the American Midwest. Her early exposure to the destructive powers of Mother Nature and Hollywood dystopian stories fueled her young imagination. For the last 20+ years she has constructed small scale dioramas and photographed them. Beginning with retelling the tall tales of her youth in her Accidentally Kansas series, she has progressed to imagining urban scenes of the apocalypse. Her last series, The City, spanned 10 years and imagined a future mysteriously devoid of mankind. Intensely detailed and rich in color, her photographs offer up a possible future for modern society. A small selection of Nix’s solo and group exhibition venues include The Museum Schloss Moyland, Bedburg-Hau, Germany; Galerie Klüser, Munich, Germany; Academy of Natural Sciences of Drexel University, Philadelphia, PA; ClampArt Gallery, New York, NY; George Eastman House, Rochester, NY; and Apex Art, New York, NY. Her solo exhibition at the Nerman Museum of Art, Kansas Focus Gallery, Overland Park, KS, is upcoming. 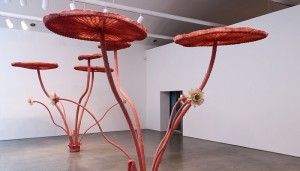 Monday, July 18 at 5:30pm
Keith Edmier has evolved his artistic process into one that intertwines his own personal narrative with historical personalities, architectural simulations, and botanical wonders. He has directly collaborated with many iconic figures such as Farrah Fawcett, Evel Knievel, and Frank Veteran (the doctor who attended to John Lennon the night Lennon was shot), among others. His use of materials such as casting his childhood crush in white Crayola crayon, the recreation of his childhood home, or masterfully executed botanical specimens in otherworldly synthetic materials add to the presence of his work when one encounters his ghostly creations. Keith Edmier has been the focus of numerous exhibitions including Keith Edmier: 1991-2007, CCS Bard College, Annandale-on-Hudson, New York; Crystaline Wombs and Pregnant Hearts, neugerriemschneider, Berlin; and Keith Edmier, Die Hallen Haarlem, Frans Hals Museum Haarlem, The Netherlands. His upcoming solo exhibition, Brementowne, opens at the Walker Art Center, Minneapolis in 2017. 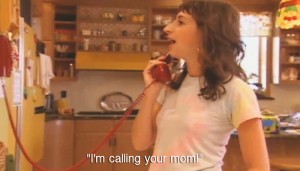 Image from Frank the Entertainer...In a Basement Affair by Ann Hirsch on VH1

Monday, July 25 at 5:30pm
Ann Hirsch is a video and performance artist who examines the influence of technology on popular culture and gender. Her immersive research has included becoming a YouTube "camwhore" with over two million video views and an appearance as a contestant on Frank the Entertainer . . . In a Basement Affair on VH1. She was awarded a Rhizome commission for her two-person play Playground, which debuted at the New Museum and was premiered by South London Gallery at Goldsmiths College. Hirsch has been an artist-in-residence at Yaddo, Atlantic Center for the Arts, and Lower Manhattan Cultural Council. Recent solo shows include MIT List Visual Arts Center, Smart Objects, Los Angeles, and the New Museum’s online project space First Look. 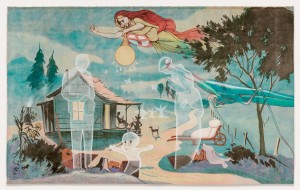