Academic Affairs  /  Office of the President

In an article reviewing the need for higher education to adapt to the new demands of incoming student classes, Portland Press Herald applauds the meaningful changes at Maine College of Art & Design as a leader for the industry. 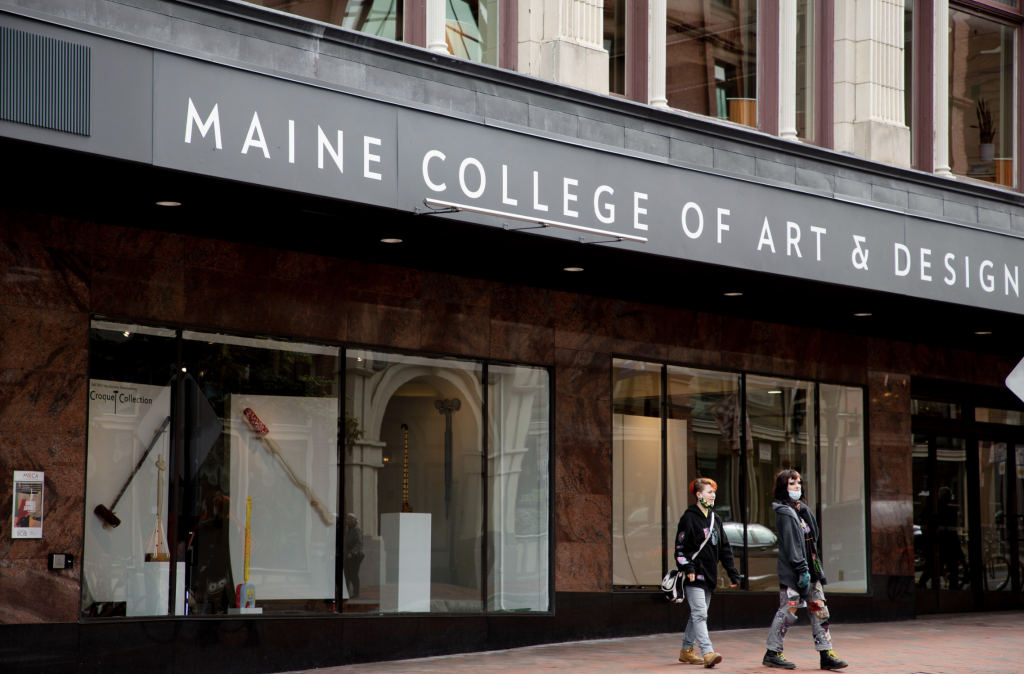 The piece, which is written by reporter Jon Marcus and first appeared in the Hechinger Report, kicked off the new year in the Sunday, January 2, 2022, issue of the paper.

The article notes the impact of these adaptations by explaining, “Enrollment [for MECA&D] has increased from a low of fewer than 330 in the last recession to nearly 500 now, and was up this fall by 15 percent, federal and college data show. Other higher education institutions saw their numbers drop by 3.2 percent on top of a 3.4 percent decline last year, according to the National Student Clearinghouse Research Center.”

Marcus toured the College during the fall semester to gain perspectives about the recent changes—from additional offerings around gaming, animation, audio, and entrepreneurship to the unveiling of our new name and creative identity—from current students, faculty, and administrators.