Visitors to the ICA at MECA can look forward to Bounty, Anguish, In This Realm, and The Unity of Opposites

Portland, ME – The Institute of Contemporary Art at Maine College of Art (ICA at MECA) is pleased to announce the schedule of upcoming exhibitions. Under the direction of Erin Hutton, Director of Exhibitions and Special Projects, over the next several months, the ICA will present a diverse array of exhibitions exploring topics in artistic practice, gender and identity, isolation and desire, and communication. 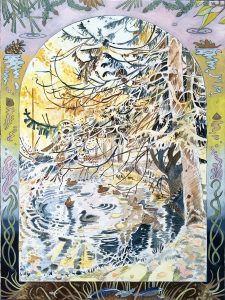 Bounty, 2016 Biennial Faculty Exhibition
August 24—September 29, 2016
Exhibition Opening: Friday, September 2016, 2016; 5:00–8:00pm
Curator Sage Lewis ’04 has selected artists and work coalescing around the idea of bounty. Bounty refers to both generosity and reward, but particularly for the reward sought out by the pursuit of artistic practice. The relation of the artist to their subject matter, the histories of makers and philosophers that have come before, and the often private searching that occurs in seeking and finding form for the work are central parts to this theme. Faculty artists include Lucy Breslin, Michael Connor, Jamie Hogan, Hilary Irons, Kate Greene, Justin Kirchoff, Joshua Reiman, Julie Poitras ­Santos, Gail Spaien, and Gan Xu. 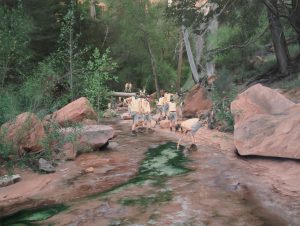 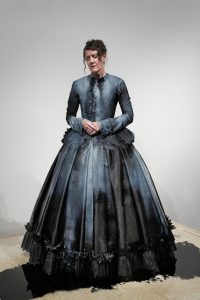 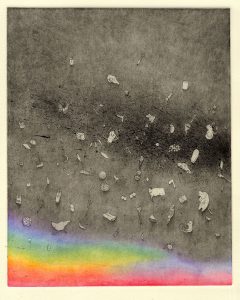 The Unity of Opposites
February 1– March 3, 2017
Exhibition Opening: Friday, February 3, 2017; 5:00–8:00pm
The Unity of Opposites is a visual riff on the childhood game of Telephone, exposing real world issues about communication and interpretation in our contemporary culture. This exhibition features the collaboration between two printmaking studios, Zea Mays Printmaking (Florence, MA) and Peregrine Press (Portland, ME) and begins with one artist from each studio responding to a secret verbal prompt. These two beginning artists will create a print that is a visual interpretation of the verbal prompt. The process will continue until 75 artists have participated over the course of five months.