Maine College of Art & Design accepted the 2016 Economic Development Achievement Award from the City of Portland on Thursday, November 17, at Ocean Gateway. The Portland Development Corporation (PDC) selected MECA&D due to its longtime commitment to Portland's downtown since its founding in 1882; investing in Portland— particularly purchasing and renovating the Porteous building in 1993; and its employment and student enrollment levels. MECA&D’s economic impact for the Portland area amount to millions of dollars each year and benefits the area through attracting youth to the city who can become part of the future workforce. 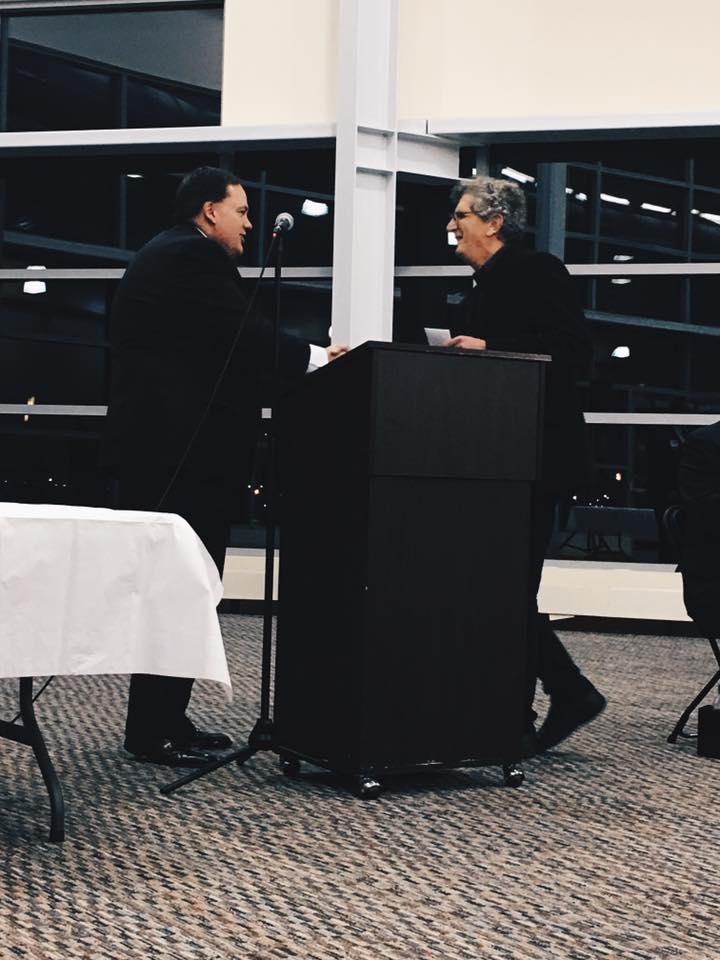 “We are honored to have this award from the City of Portland, and will use it to trumpet economic impact everywhere we go,” said MECA&D’s Interim President, Stuart Kestenbaum. “MECA&D’s five-story building is alive and glowing with creativity, day and night...when you take that out of the downtown, it’s a lonely place.”

Founded in 1882 as the Portland Society of Art, which also included the Portland Museum of Art, the school and museum split in 1992 before becoming Maine College of Art & Design in 1996. Since then, MECA&D has invested over $22 million into the Porteous building on Congress Street and has become an important anchor in Portland’s vibrant downtown arts district. The College has roughly 100 full-time employees, another 145 part-timers, and an annual operating budget of approximately $16 million. It currently enrolls almost 500 students, more than a 30% increase over the past five years, and offers a BFA (Bachelor of Fine Arts), MFA (Master of Fine Arts in Studio Art), MAT (Master of Arts in Teaching), and, starting in 2017, the Salt Graduate Certificate in Documentary Studies, via the newly acquired Salt Institute. MECA&D also serves over 1,500 adults and youth each year through its Continuing Studies and Pre-College programming.

According to Interim President Stuart Kestenbaum, “MECA&D is a new importer of creative young people...while only 35% of MECA&D students are from Maine, roughly 50% of our graduates stick around to start their own businesses or bring their creative problem-solving skills to local employers.”