MECA&D Announces Isaac Kestenbaum as Director of the Salt Institute 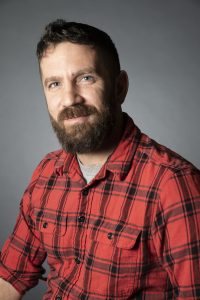 Kestenbaum is a 2008 graduate of the Salt Institute and a veteran audio producer and journalist, bringing more than 10 years of industry experience to MECA&D. Kestenbaum has worked with Vox, NPR, The Guardian US, The GroundTruth Project, AIR, and SIERRA Magazine and has taught and led workshops for UnionDocs, UVA, NYU and Monson Arts. Additionally, he is a former Production Manager at the national oral history and radio project StoryCorps.

“Isaac’s professional experiences as an audio storyteller and his own background as an alum of the Salt Institute make him a great asset and leader for Salt at MECA&D,” said Araminta Matthews, Associate Dean of Graduate and Professional Studies. “Isaac will be a critical addition to the future of Salt Institute’s Radio and Podcasting track, as well as a support to the development of the recently updated Short Film curriculum. We are grateful to bring Isaac on board to lead the Salt Institute at such an important time for storytellers in the world.”

“Salt is an iconic institution within the journalism industry and has graduated countless legendary professionals. As a native Mainer and Salt alum, I am honored to lead the Salt Institute and look forward to working with and training the next generation of storytellers,” said Kestenbaum.

A native of Deer Isle, Maine, Kestenbaum is the co-founder, along with Josephine Holtzman, of the production company Future Projects which created the best-selling true crime podcast Midnight Son for Audible Originals. He has reported extensively on climate change in Alaska and his work has been funded by the Arctic Circle Foundation and the Pulitzer Center for Crisis Reporting. In recognition of his work, Kestenbaum has received a Peabody Award, a duPont Award, an Online News Association award, and an Alaska Broadcasters “Goldie” Award.

“Journalism and storytelling are cornerstones of our democracy. I am encouraged and confident that Isaac will ensure our Salt graduates uphold the ethics of journalism and documentary storytelling, and enter our society as podcasters, documentary journalists and filmmakers at such a critical time in our history,” said President Laura Freid.