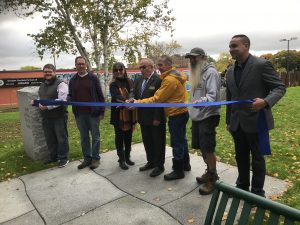 Located in the thriving downtown area of Westbrook, the scenic garden, which features nine sculptures by Maine-based artists, is close to the public library and overlooks the Presumpscot river. The Warren Memorial Foundation funded the construction and sculpture acquisition to commemorate the Warren family name and their contributions to the City of Westbrook as a gift to the City. The Westbrook Arts and Culture group were also key partners. Other artists whose works are featured include Hugh Lassen, and Mark Herrington.

Creating a sculpture garden in this publicly owned green space has been perceived as an anchor to the burgeoning art and culture scene in a city that continues to enjoy significant growth in Southern Maine. The historic Dana Warp Mill is now home to many businesses, including designers and manufacturers of custom textiles, photographers, artists, fitness facilities, dance studios, and more. 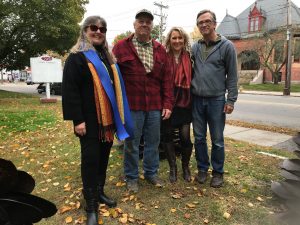 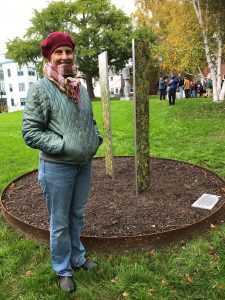