Maine College of Art & Design is honored to announce the election of Denise Carey, Diane Garthwaite, and Gimbala Sankare to the Board of Trustees and the re-election of former Trustee Debby Dluhy, effective July 1, 2020.

“We are very pleased to welcome our incoming group of esteemed trustees to MECA&D,” said President Laura Freid. “This class of trustees embodies MECA&D’s core values, offers proven expertise in alignment with our strategic direction, and has made personal marks on society both locally and globally. We thank them for taking on this commitment in service to MECA&D ⁠— a significant vote of confidence despite recent crises and proof of continued growth during adversity. We look forward to the ways that these trustees will complement the strengths of our existing Board, further broaden MECA&D’s reach, and encourage our artists to ask questions, solve problems, and make transformational change.”

The experiences and accomplishments of MECA&D’s new term trustees include:

Diane Garthwaite, a patron of the arts and philanthropist, offers a passion for education, past board leadership experience, and an extensive history of successful fundraising for educational institutions.

Deborah Dluhy, a returning Trustee, shares 30 years of experience in higher education in art and design, including extensive experience in areas of governance and board development, and has held leadership roles within NASAD and AICAD.

“As MECA&D has made a commitment to developing a culture of social change, racial justice, and equity, I am excited to share my experience implementing practices and policies in equity and inclusion with this community, and to be part of the impact on greater Portland,” said incoming Trustee Gimbala Sankare.

MECA&D is also pleased to announce the extension of terms for three current Trustees, Daniel N. Crewe, Daniel Poteet, and Deborah Spring Reed, who were previously scheduled to retire from the Board on July 1, 2020. Due to the COVID-19 pandemic and its long-term effects, the Board of Trustees voted to extend the term of these Trustees by one year through 2020-2021.

“As chair of MECA&D’s Governance Committee, I am pleased to welcome our new Trustees and thank our returning Trustees for their continued service,” said Trustee Sue Rogers. “We look forward to the ways they will help steer our institution alongside President Laura Freid. This is an exciting time for MECA&D — at the close of a Strategic Planning process, while navigating the COVID-19 crisis, and with the needs of our students and faculty as our guide.”

Full biographies for each Trustee are included below. Please visit MECA&D’s Board of Trustees website for more information on the full Board. 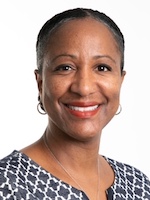 Denise Carey has worked for the Government of Bermuda for the past decade. She is currently Assistant Registrar in the Registry General’s office, where she oversees vital and general registration (birth, domestic partnership, marriage, death), professional and charity registrations, and intellectual property. She is proud to have officiated Bermuda’s first same-sex marriage [2017] and the first formalization of domestic partnership [2018].

Denise is passionate about education and human rights. Over the years she has worked in five residential programs for teens, including a foster care group home, a mental health emergency housing, a co-ed facility for young offenders with mental health, a female group home, and a male secure unit. She previously served as Executive Director of The Sunshine League Children’s Home. She also worked as a Senior probation officer working with both teen and adult offenders in addition to parolees.

Denise holds a Master of Arts in Human Resource Management from Webster University and a Bachelor of Science in Criminal Justice from Northeastern University. Through Cornell University, she became a Certified Trainer of Therapeutic Crisis Intervention (TCI) and Children and Residential Experiences (CARE) and has facilitated a variety of training topics.

Denise is the parent of Fashion & Textile Design alum Jordan Carey ‘19, who currently works as an assistant designer for Maine-based fashion house Jill McGowan. After getting to know members of MECA&D leadership throughout Jordan’s four years, she has been proactively engaging in conversations about ways to connect international students to the College through the Bermuda International College Fair and other initiatives. 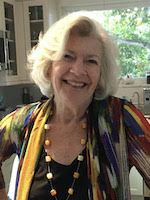 Diane is an avid arts patron, a dedicated supporter of education, and an active philanthropist. She currently serves as president of her family foundation, the AlGar Foundation.

Diane is a former Trustee and past Board Chair of the Cambridge School of Weston (CSW), the independent high school in Weston, Mass. that her daughter graduated from in 1999. From 2006 to 2009, Diane chaired the school’s “Changing Lives” capital campaign and in 2018-19, she established The Jane Moulding Fund for Leadership in Progressive Education at CSW, honoring the enormously popular retiring Head of School. Diane was also a Board member of the Fayerweather Street School in Cambridge, Mass. for nine years and Chairperson of the Board there for five years.

Diane and her husband, Dr. Matthew “Matt” H. Liang, live in Scarborough and Boston, and frequently visit their children/grandchildren in Portland, San Francisco/Oakland, the Bronx, and Delray Beach in Florida. Diane’s pastimes are quilting, gardening, chickens, and reading. Matt and Diane love the opera, theater, museums, discussing politics, and walking their dog Rondo while dreaming about what to do when they grow up. 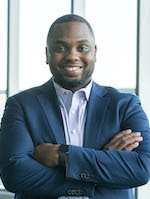 Gimbala Sankare is the Head of Global Talent Acquisition and Diversity at WEX. He joined WEX in 2016, bringing with him more than a decade of diverse experiences of developing programs and managing teams to allow for the advancement of people-to-people relationships for both internal and external stakeholders.

In his current role at WEX, Gimbala develops, manages, and executes the company’s global talent acquisition and diversity and inclusion strategies. Gimbala has also held the Head of Early Career Talent Pipeline Programs and Recruiting positions.

Prior to joining WEX, Gimbala served in public diplomacy, public affairs, consular, and counterintelligence in an official capacity through domestic and international assignments with the U.S. Department of State and U.S. Army. He also held workforce planning and engagement roles with both the Maine and U.S. Department of Labor.

Gimbala earned a bachelor’s degree in political science and international relations from Austin Peay State University, a Master of Public Administration with a concentration in human resources and non-profit organizations from Northeastern University, and certificates in strategic human resource leadership and diversity and inclusion from Cornell University.

Gimbala is a resident of Freeport. 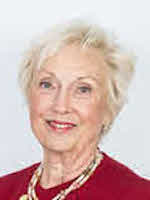 Debby Dluhy is an art historian, arts administrator, and independent arts consultant. She served as head of the School of the Museum of Fine Arts, Boston (SMFA) for seventeen years, and was a Deputy Director of the Museum of Fine Arts. She is an alumna of Wheaton College and holds a Ph.D. in fine arts from Harvard University. Debby served as secretary and member of the executive committee of the National Association of Schools of Art and Design (NASAD) for seven years and continues to participate as an evaluator and consultant. During her tenure as Dean of the SMFA, she was a member of the board of directors of the Association of Independent Colleges of Art and Design (AICAD). Debby was a trustee of Wheaton College from 1986 to 2012 and chaired the Board from 2005 through 2010. In 2012 Wheaton awarded her an Honorary Doctor of Fine Arts and elected her Trustee Emerita.

Trustees with a One-year Term Extension 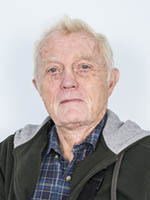 Dan Crewe has served as the Chair of the Development Committee for MECA&D since 2017. He has also served as a member of the Executive Committee and the Governance Committees, as well as the Presidential Search Committee. As President and Chairman of the Bob Crewe Foundation, Dan was instrumental in securing a gift from the Foundation that helped MECA&D establish the Bob Crewe Art & Music program, as well as Diversity & Inclusion initiatives, including a partnership with Indigo Arts Alliance and student scholarship support.

Dan is a United States Naval Academy graduate and a retired captain of the United States Air Force. Crewe is a co-founder of Gateway Mastering Studio in Portland and currently serves as president and chair of The Crewe Foundation. In addition to serving for nearly 12 years on the MECA&D Board of Trustees, Dan is President of the ACLU Maine, Chair of the USM Foundation, and is Trustee of the Portland Symphony Orchestra. Dan is a passionate humanitarian and philanthropist; his leadership in the arts, education, and human rights have had an enormous impact on the lives of countless Mainers. Dan resides in Cumberland. 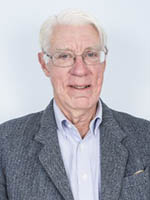 Dan received his undergraduate degree in English literature from Harvard and a PhD from University of Illinois in medieval English literature. He began his professional career teaching at the University of Delaware and West Chester State College, and then moved into higher ed administration. He has served as chief academic officer, chief operating officer, planning officer, budget officer and development officer at a variety of colleges, including Hampden-Sydney, Albion, Guilford (NC), and School of the Museum of Fine Arts, Boston. He served on accreditation teams for the Southern Association of Colleges and Schools, the National Association of Schools of Theatre, National Association of Schools of Art & Design, and the National Association of Schools of Music. Dan chaired his high school alma mater Northfield Mt. Hermon’s Annual Fund for four years. He serves on the Abbe Museum's Finance Committee and chairs the arts advisory committees for the Schoodic Institute and Bar Harbor’s Jesup Memorial Library. He is a Board member and past President of the Acadia Senior College. Dan and his wife Nancy live in Bar Harbor. Their son lives in South Portland and is an attorney. 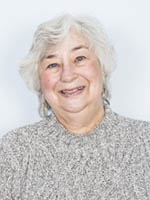 Debbie Reed served as MECA&D’s Board Chair from 2014 to 2017, Vice Chair in 2013-2014, and is a founding member and former Chair of the ad hoc Marketing Committee. She has also served on the Executive Committee, the Governance Committee, and the Advancement Committee. The darkroom facilities at MECA&D are named in honor of Debbie’s late husband, Verner Reed, a self-taught artist whose black-and-white photographs, taken in the '50s and '60s, capture the faces and scenes of New England.

Debbie is a retired advertising executive. At Young & Rubicam Advertising, she created and developed the Talent Control Department. She also worked at the Ford Model Agency where she was a television casting director, and she served as editor of the Stowe (VT) Reporter, a weekly newspaper. She served as Chair of the New England College, Waynflete and Maine Historical Society boards. She also chaired the Maine Historical Society’s capital campaign for their library project. Debbie is past President of the National Society of Colonial Dames, Maine and a past board member at Strawbery Banke. Debbie’s late husband, Verner Reed, worked for Time-Life and was a noted photographer and talented jeweler. Debbie’s two children are involved in the arts, one as a curator at the Museum of Fine Arts in Boston and the other as a graphic designer in Watertown, Mass. Debbie is a resident of Falmouth.