Maine College of Art & Design Welcomes New Trustees to Board

Maine College of Art & Design
Welcomes New Trustees to Board

“These new Trustees bring incredible talent and energy to our Board,” said Laura Freid, President at Maine College of Art & Design. “We are honored and grateful for this incoming group, which has already made great strides in helping us push ahead with the strategic plan our College shared earlier this year. With the insights, skills, and commitment from this team, we are certain to make continued, positive updates for our MECA&D community during our 140th anniversary and beyond.”

As a part of the College’s governing body, the new trustees will join their team members in providing the critical insights, guidance, and committee support to help drive the continued health and success of Maine College of Art & Design.

“We are so excited to have these dedicated individuals to our team,” said Brian Wilk ’95, Chair of the Board of Trustees at MECA&D and Vice President at Hasbro, Inc. “As we kick-off the new year, the MECA&D Board of Trustees is strong, energized, and ready to provide the best possible support to the College’s talented community of artists and designers.”

Full biographies for each new Trustee are included below. Please visit MECA&D’s Board of Trustees website for more information on the full Board. 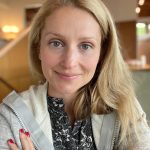 Jennifer (Jennie) Tarr Coyne began her career as a New York City school teacher before blending her passions for education and art into a career in museum education. She managed Education departments at the Rubin Museum of Art and The Frick Collection and served as a Teaching Artist at the Metropolitan Museum of Art and the American Museum of Natural History. The convergence of her interests inspired her to author the book Come Look with Me: Discovering Women Artists for Children. A former actress, Jennie performed with the children’s troupe, The Striking Viking Story Pirates, and has appeared in numerous national TV commercials and voice-overs. 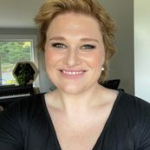 Reid Crewe is Vice President & Grant Director at The Crewe Foundation, an organization whose grants program supports Maine arts, music, and LGBTQIA+ communities. Based in Portland and founded in 2009 by Reid's uncle, songwriter, and record producer Bob Crewe, with her father, former MECA&D Trustee Dan Crewe, The Crewe Foundation is made up of Maine-based philanthropists who are heavily involved in the local community both personally and professionally.

Reid has a diverse education including acting, music, filmmaking, makeup/hair-styling, photography, art, and psychology. She was a hair and makeup artist for weddings & film in Los Angeles and a Vidal Sassoon hairstylist in Nashville before returning to Maine to join her father in the music business. Reid served on the Breakwater School board for several years, and currently serves on the University of Southern Maine Board of Visitors and consults for the Whilde School in Yarmouth. Reid has served as Grant Director of the Crewe Foundation since 2015 and was appointed as Vice President in 2020.

Reid is a resident of Cumberland, where she lives with her husband, three and a half dogs, five reptiles, and four creative children. 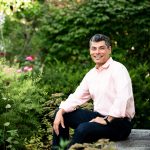 Kerem Durdag, a seasoned technology executive, currently serves as President and Chief Operating Officer of GWI, a privately held B Corp certified telecommunications company providing internet and phone services for residential and business customers in Maine, as well as Founder and Managing Partner of The Indus Fund, a micro-loan facility for first-generation immigrant business owners in Maine. Before joining GWI, he served as the Entrepreneur-In-Residence at the Maine Technology Institute. He was previously the CEO of a start-up in the sensors market, leading it to growth and eventual acquisition by a public company, and is a member of the Maine Angels, which is part of the start-up investor community. Kerem has served as a board member of several non-profit, for-profit and educational institutions, currently serving on the board of Points North Institute.

Kerem is a storyteller, poet, lyricist, theater artist, published essayist, and past editor of poetry magazines. He received his B.Sc in Applied Physics from St. John's University and M.Sc in Mechanical Engineering from the University of New Hampshire. 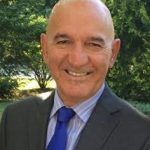 Reza Jalali is a noted writer, educator, immigrant advocate, and former refugee from Iran. In December 2020, he was appointed Executive Director of the Greater Portland Immigrant Welcome Center, a non-profit organization that serves as a hub for organizations and individuals to collaborate in helping Maine's thriving immigrant community reach its civic, economic, and social potential. He previously coordinated the Office of Multicultural Student Affairs at the University of Southern Maine (USM) and served as the Special Advisor on Diversity, Equity, and Inclusion to USM President. He has taught at USM and at the Bangor Theological Seminary. Reza has served on numerous boards, including Amnesty International USA; Maine Humanities Council; Asian American Association of Maine; and the Maine Arts Commission.

In 2017, Reza brought the first Iranian film festival in Maine to MECA&D through his work at USM, and in 2018, he moderated a panel in the ICA at MECA&D as part of the Making Migration Visible: Traces, Tracks & Pathways Symposium. Reza is also a prolific author. His children's book, Moon Watchers, published in 2010, has received many awards, and his play, The Poets and the Assassin, was staged at MECA&D in 2018. His other books include New Mainers: Portraits of Our Immigrant Neighbors and Homesick Mosque and Other Stories. Reza’s latest book, Dear Maine, co-authored with Morgan Rielly, tells the stories of Maine's new immigrants and was published in December 2021. Jalali's storytelling was also featured on National Public Radio's popular program, The Moth Radio Hour. Reza earned a Masters in Human Services Management from Antioch University New England and his MFA in Creative Writing from USM.

Reza has lived in Maine since 1985 and currently resides in Falmouth. 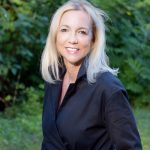 Kathryn Knight-Wise is a Senior Executive with more than 25 years of sales and marketing experience, previously with Filene’s Department Stores, Neiman Marcus, Hudson Bay, and Brooks Brothers. Kathryn currently serves as Divisional Vice President of Northeast at Mattress Firm. Previously, she was Vice President of Stores, North America at Brooks Brothers. There she served as a board member of the Golden Fleece Foundation, providing community charitable grants across North America, as well as the Tyler Hughes Foundation, a company organization to provide financial assistance to Brooks Brothers employees.

Kathryn joined the MECA&D Marketing Committee (now Advancement Committee) as a Community Member in September 2019 and has been an active participant. She has also been an engaged member of the MECA Made Committee and an enthusiastic supporter of the Fashion Show as a Host Committee member.

Kathryn moved back to Maine from New York City in 2018 and is a resident of Yarmouth.

ABOUT MAINE COLLEGE OF ART & DESIGN

Maine College of Art & Design (MECA&D, pronounced "Maine College of Art and Design”) has been activating students of all pursuits to make art, make an impact, and inspire change since its founding as Portland School of Art in 1882. Located in Portland's thriving Arts District, students have access to state-of-the-art facilities, 24-hour-a-day studios, a 10:1 student-to-faculty ratio, and a community-based Artists at Work program—making MECA&D the right-sized school in the right-sized city for every student who wants to make their mark and be seen. MECA&D offers BFA Majors and Minors, Graduate Programs, Continuing Studies, Pre-College, and includes the Salt Institute for Documentary Studies and the Institute for Contemporary Art. Follow us at @mecaart.