Maine College of Art & Design presents Art in Exodus, a mentoring, exhibition, and storytelling project through which refugee artists will share their art and culture through an exhibition and a storytelling event.

Maine College of Art & Design presents its second annual Art in Exodus exhibition in it’s flagship Porteous Building, from June 3-24, 2016, in recognition of World Refugee Day, which takes place every year on June 20 and in conjunction with Portland’s World Refugee Day celebration at King Middle School on Saturday, June 4, 2016.

The exhibition Art in Exodus features five artists and will feature an opening reception from 5-8pm on Thursday, June 2. The reception will include food from local ethnic markets and vendors, as well as music. Featured artists include Kifah Abdullah from Iraq (acrylic paintings); Nabaa Alobaidi from Iraq (traditional pyrography woodburning); Titi De Baccarat from the African country of Gabon (mixed media paintings, sculpture, and jewelry); Jawad Alfatlawi from Iraq (handmade traditional instruments); and Diana Brown from Colombia (wearable textile art). The exhibit will also be open during the June 3 First Friday Artwalk and refugee artists from the community, in addition to the featured artists, will offer their work for sale. In addition, on World Refugee Day, Monday, June 20, from 6-8pm, MECA&D will offer “Stories from Art in Exodus,” a storytelling event through which the work of the exhibited artists will come to life.

Artist Titi De Baccart says, “In Gabon, I made art as an expression of political discontent and to promote peace and unity between nations. Since moving to the U.S., I have had no money for materials, so I have had to collect objects to make my art. My goal is to share my African identity and connect the African and American cultures. I hope my artwork opens dialogue about people who are different from us, and to help people to understand and accept each other.”

This project reflects MECA&D’s historic and ongoing interests in diversity, community and public engagement and supports our mission to “educate artists for life.” There is strong value in inviting refugee artists to exhibit at one of Portland’s premier art spaces, where they can gain greater visibility, interact within a central core of the Maine/Portland art community, and further their professional development skills.

World Refugee Day is a global celebration that is held annually to honor the courage and struggles of the more than 15 million people worldwide displaced by war and persecution. Each year, Maine welcomes refugees from war-torn countries and helps them to rebuild their lives in safety. Since 2000, Maine has resettled over 2,600 refugees from 24 countries.

This project is funded in part by an Arts & Humanities grant from the Maine Arts Commission, an independent state agency supported by the National Endowment for the Arts, and the Maine Humanities Council. 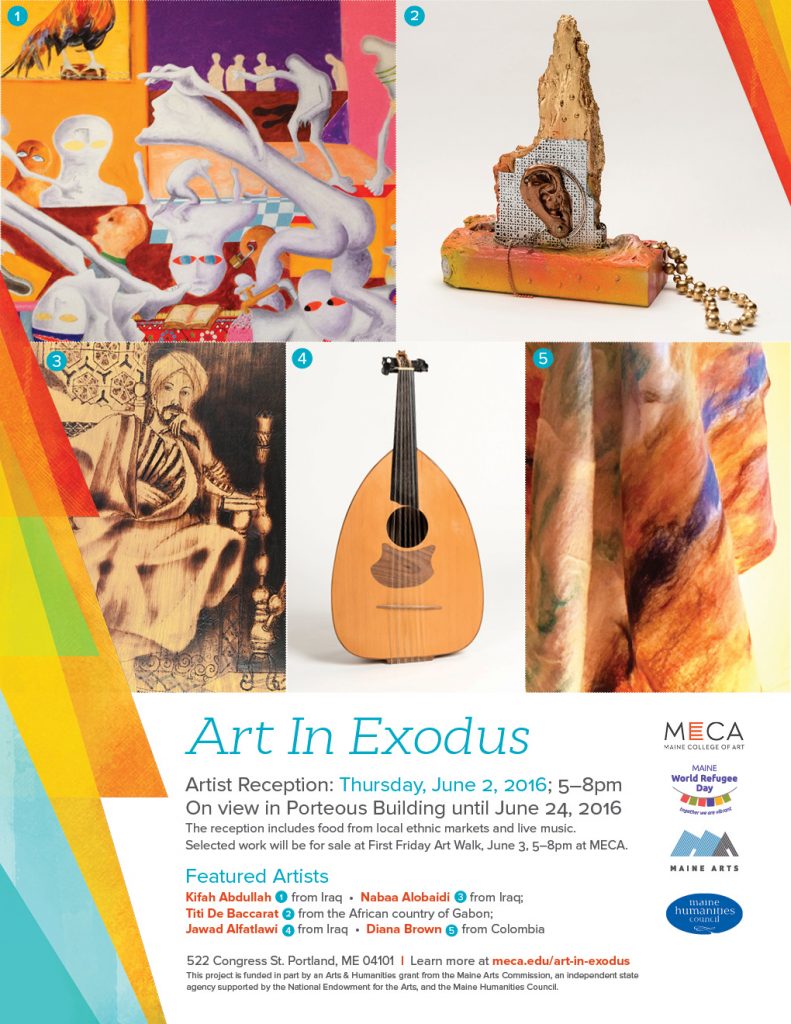 Click on image above to be sent to High-Resolution PDF. 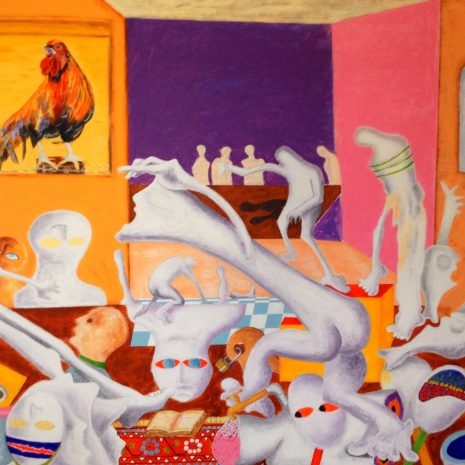 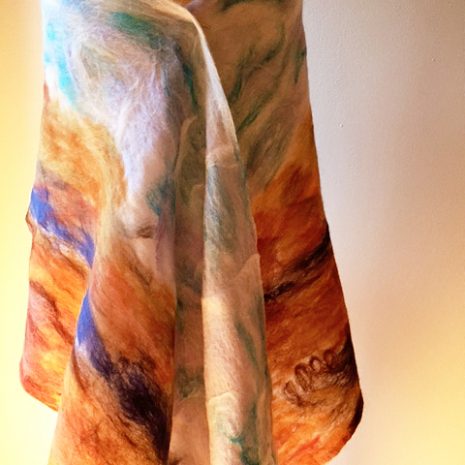 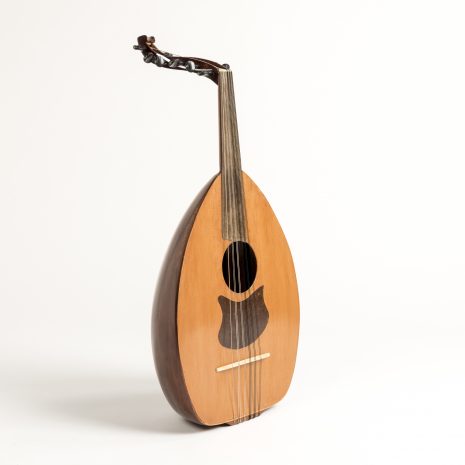 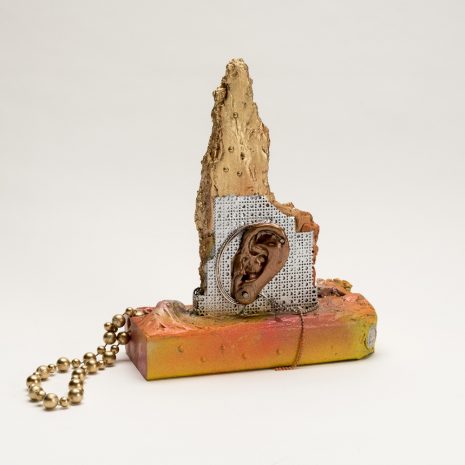 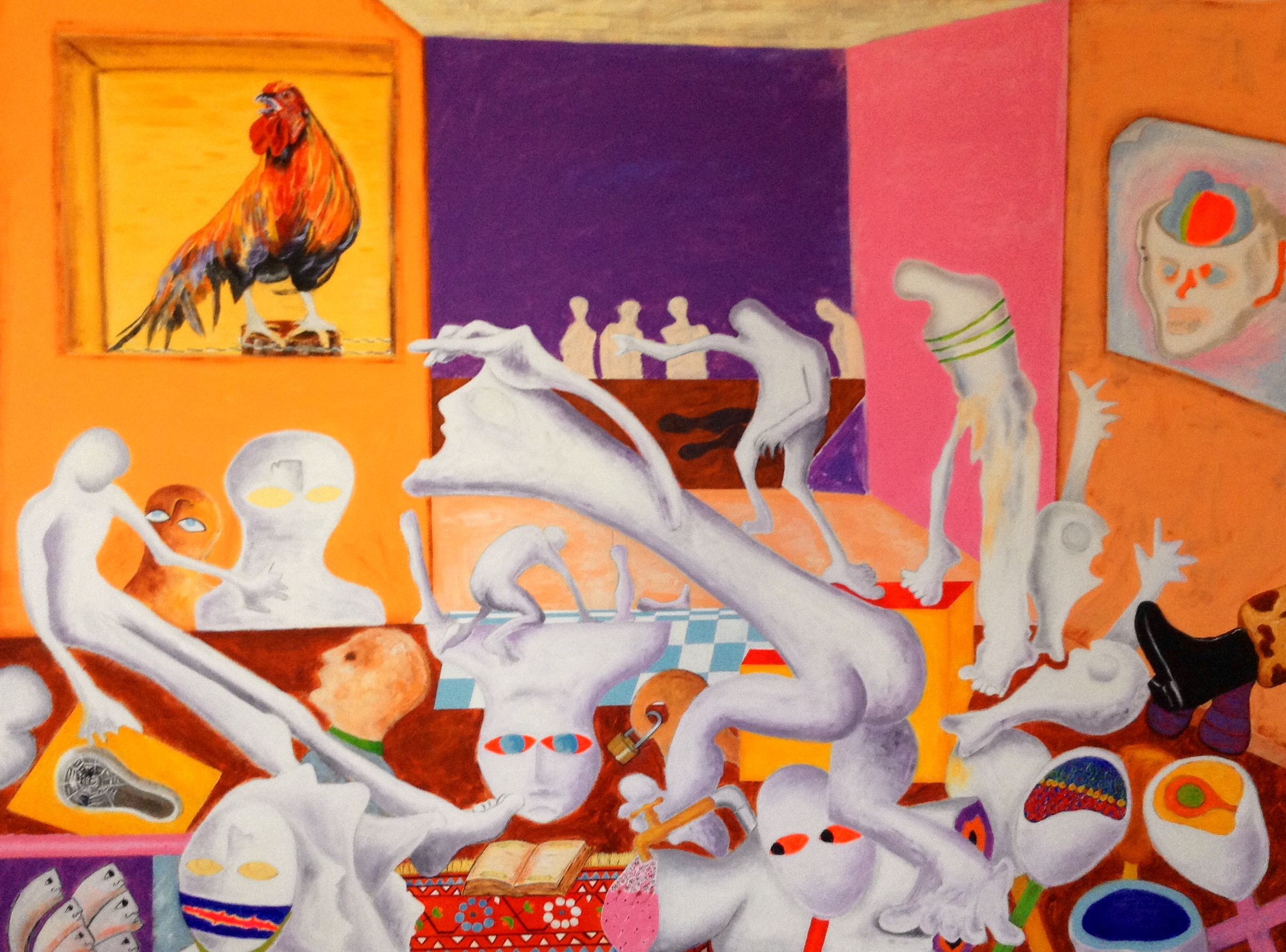 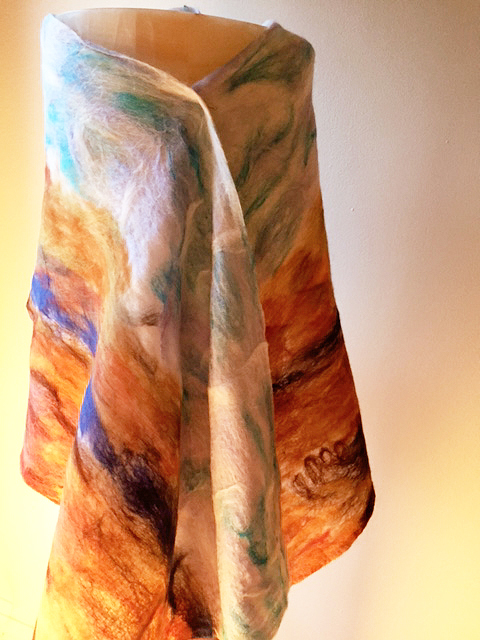 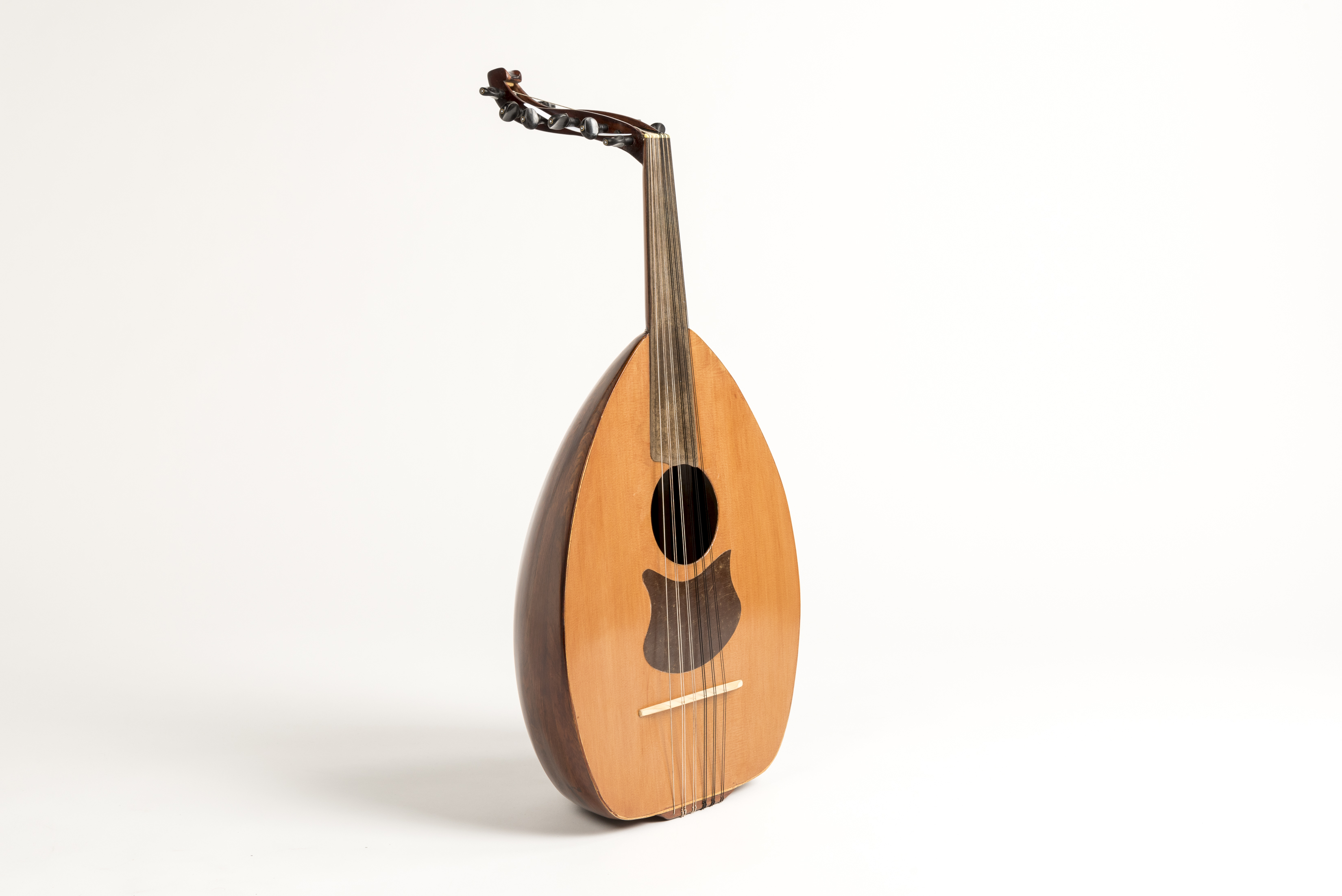 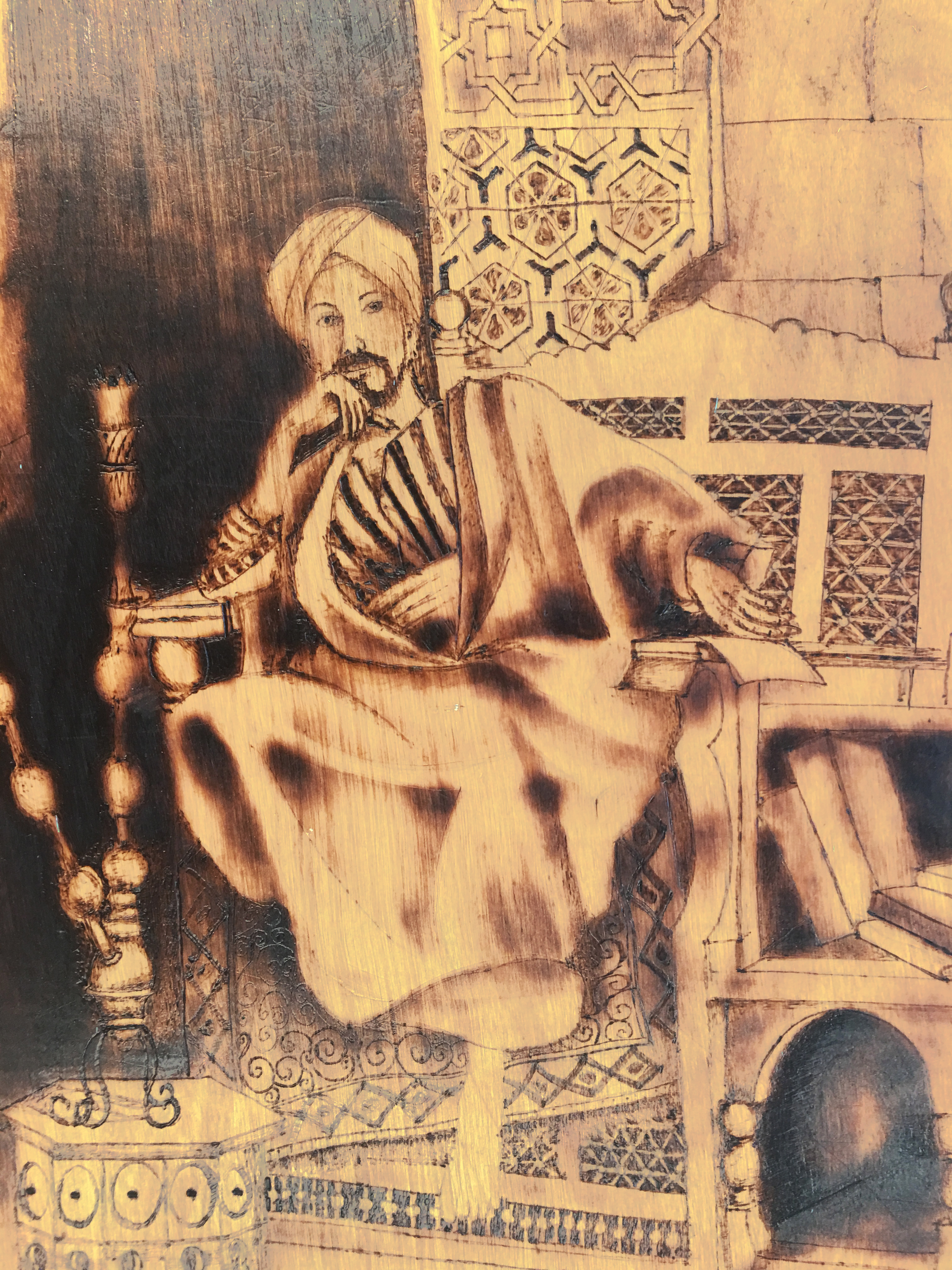 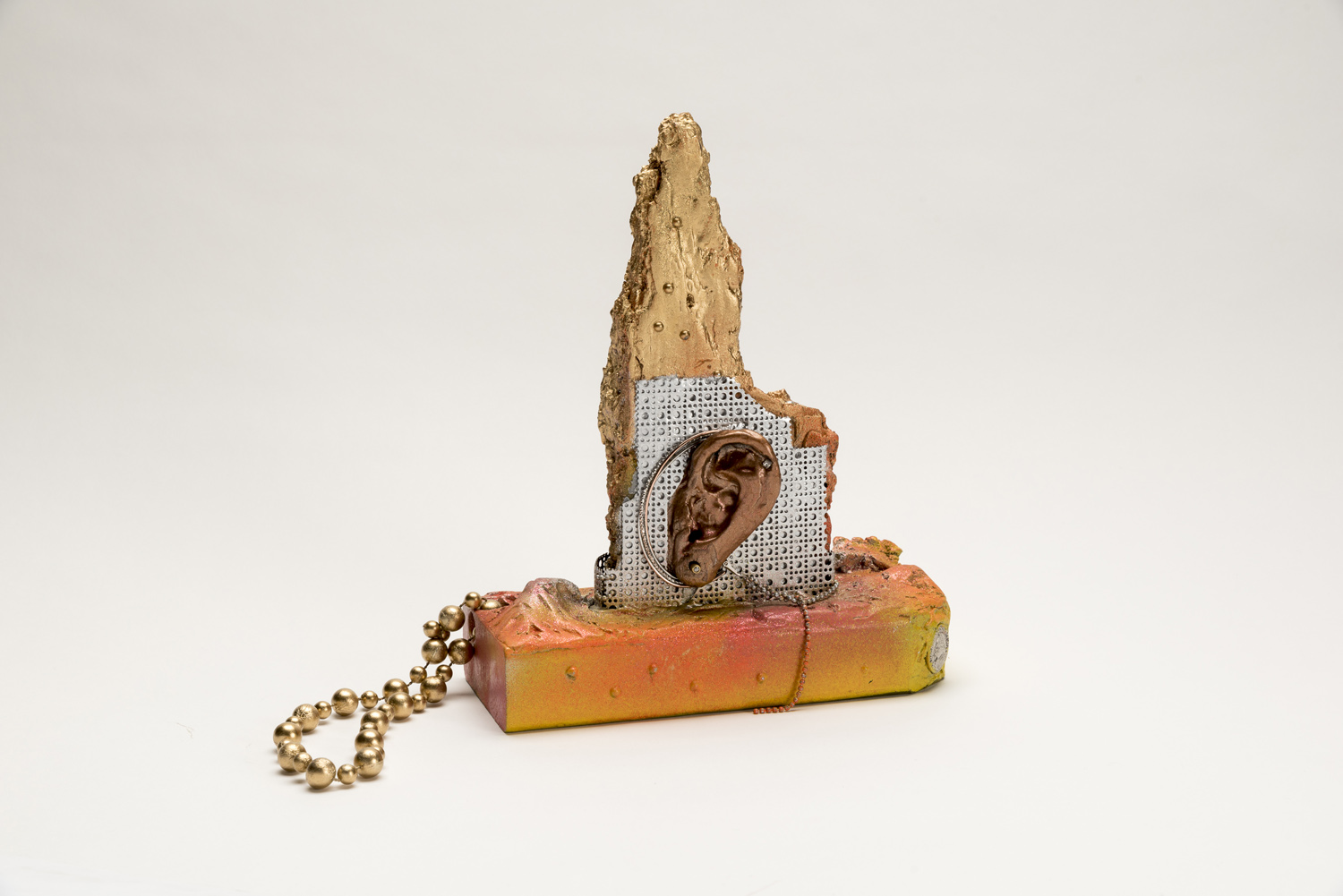 Titi De Baccarat from the African country of Gabon