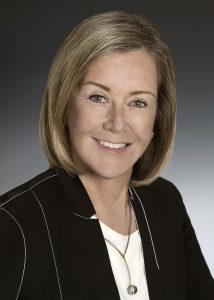 Portland, Maine – The Maine College of Art & Design's Board of Trustees has announced the appointment of Laura Freid, Ed.D., as the 18th president of the 135 year-old institution. Freid comes to MECA&D as a passionate and proven advocate for the arts and education, most recently serving in partnership with internationally acclaimed cellist Yo-Yo Ma, as CEO and Executive Director of The Silk Road Project, a global cultural arts organization based at Harvard University. Her prior leadership experience includes serving as Executive Vice President for Public Affairs and University Relations at Brown University and Chief Communications Officer at Harvard University where she was publisher of Harvard Magazine.

Led by alumnus Brian Wilk '95, incoming chair of MECA&D’s Board of Trustees, and Vice President at Hasbro Toys, MECA&D’s presidential search process officially started in August  2016, when a search committee composed of a diverse group of representatives from within the MECA&D community convened to discuss and understand the most essential attributes needed in the College’s next leader.

In announcing the choice, Wilk remarked on the thorough and extensive nature of the selection process. “It was clear to the entire search committee that we needed someone who has the skills, experience, and appetite to continue building our mission of educating artists for life while expanding our reputation as an international destination for world-class arts education. After carefully considering our impressively deep pool of seasoned candidates from all over the world, our search committee unanimously agreed that Dr. Laura Freid was the right person to guide MECA&D through our next critical period of growth.”

Debbie Reed, chair of the MECA&D Board of Trustees, described Freid as “an exceptional leader who understands MECA&D’s mission and the importance of creativity.” According to Reed, “From the moment we met Laura, we were interested in learning more about her demonstrated track record of engaging multiple constituencies while serving in senior leadership roles at multiple institutions. The Board of Trustees looks forward to an exciting future under Laura’s leadership as we move the College forward.”

“I am grateful for the dynamic leadership that has guided MECA&D to date and to the entire College community and the city of Portland for creating such an exciting American center for the arts, culture and entrepreneurship,” Freid said. “In times as rife with international, political, and economic tensions as we are experiencing today, I believe investing in the arts has never been more imperative. Art gives us meaning and identity, helping us reflect on and shape our lives; it is fundamental to our well-being. That is why I believe providing artists with the education they need to succeed is such a critical and vital mission.”

Freid’s educational background is rooted in the philosophy of aesthetics and in the history of reputation in higher education. She holds a B.A. in Philosophy from Washington University, an MBA from Boston University Graduate School of Management, and an Ed.D. from University of Pennsylvania.

Freid will take office on or before July 1st, replacing Interim President Stuart Kestenbaum, Maine’s Poet Laureate and former Director of the Haystack Mountain School of Arts. Kestenbaum stepped in to lead during a transition year after Don Tuski, Ph.D. accepted the position of President at Pacific Northwest College of the Arts in Portland, Oregon, on the heels of six years of continuous enrollment and endowment growth at MECA&D. 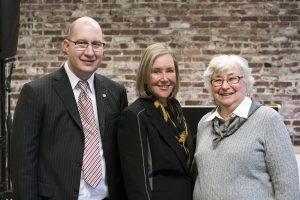 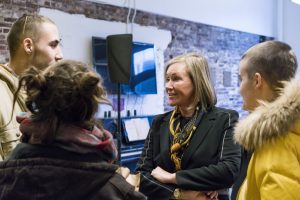