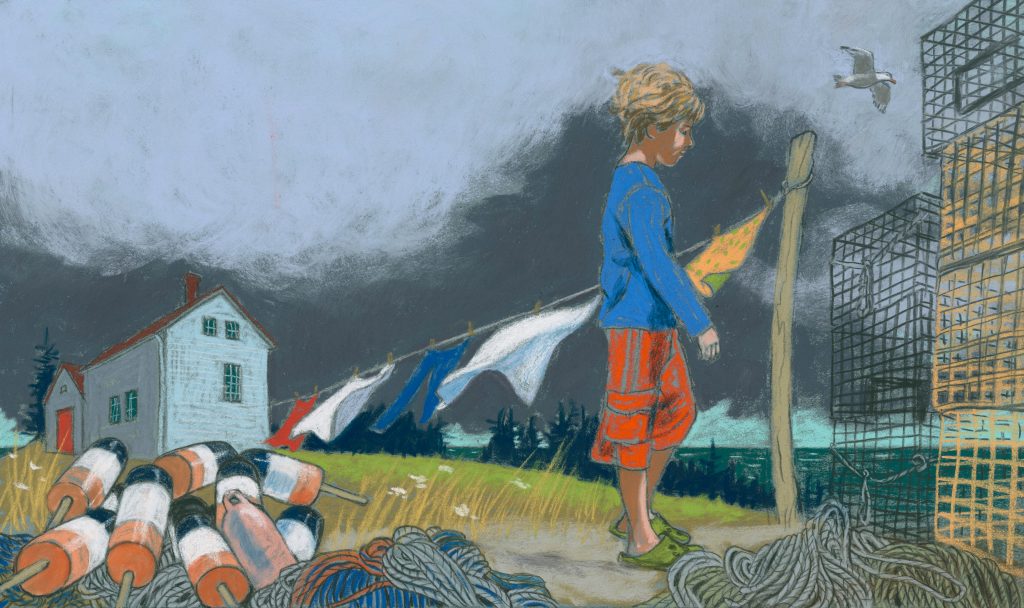 While Jamie Hogan strolls the beaches of Peaks Island with her dog or crosses the bay to teach in the Illustration Program at Maine College of Art & Design, she is keeping her eyes open and her camera ready for the colors and characters of Maine’s waterfront. This process translated to her lush pastel and colored pencil illustrations seen in Island Birthday, which recently won a Lupine Award. Island Birthday was written by author Eva Murray and published by Tilbury House Publishers. Since 1989, the Lupine Award has been presented by the Youth Services Section Interest Group of the Maine Library Association and is designed to honor a living author or illustrator who is a resident of Maine, or whose work is focused on Maine. 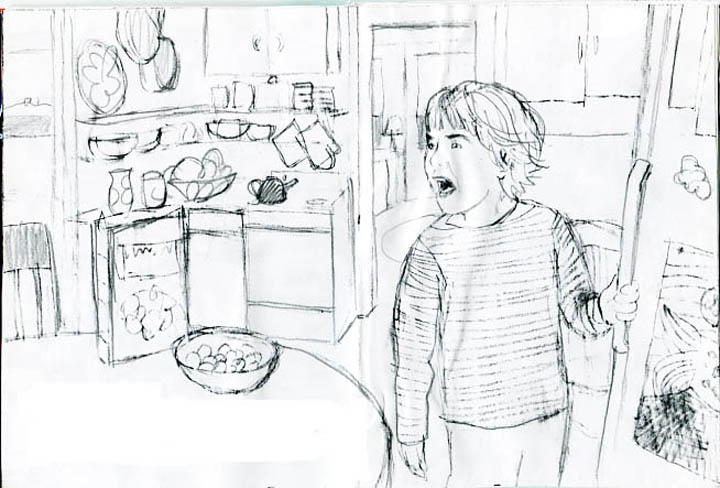 "As a Maine publisher, we have an automatic affinity for stories that portray the uniqueness of life in Maine,” says Tris Coburn of Tilbury House Publishers, “it's not often that we get the chance to share that story from the perspective of a child growing up in one of Maine's purest forms: island life. This book reminds us of the importance of a shared upbringing, of a communal experience, and the impact each of us has on another, no matter our age or circumstances."

In Eva Murray’s picture book Island Birthday (Tilbury House Publishers, 2015), Riley’s birthday is coming, but the mail plane with his gifts from the mainland has been unable to fly for days because of bad weather. Riley makes the rounds amongst his neighbors, eventually realizing that everything he needs for a great birthday is already right at hand. Murray has depicted what Maine islands are really about -- community.

“The child in the story is not living in an age-segregated world of structured children’s activities directed by adults,” Murray told Maine librarians at the award ceremony, ”Riley knows the postal clerk, the phone man, the pilot, and others as neighbors. When our grumpy hero is worrying about his birthday and exasperated about the weather, adults do not brush him off. They demonstrate that we're all in this together.”

An Assistant Professor of Illustration at Maine College of Art & Design, Hogan had depicted the unscripted life of island children in her book Seven Day of Daisy (Down East Books, 2011). Casco Bay also inspired her illustrations for Ice Harbor Mittens (Down East Books, 2010) and Here Come the Humpbacks! (Charlesbridge Publishing, 2013).

“Peaks Island provides a spectacular background for visual stories,” says illustrator Hogan, “and what an honor to capture Matinicus Island, so different from mine. While Peaks gets 16 ferries every day with each ride taking about 15 minutes, Matinicus gets 30 ferries a year, each trip about 2 hours long."

In 2014, Hogan took the ferry with her family out to Matinicus Island, snapping photos and making quick sketches. She recognized the spirit of island resilience and brought it with her as she took off from the island’s tiny runway back to the mainland.

"Both islands possess a raw beauty that inspires me,” said Jamie Hogan, while accepting the Lupine Award.

Eva Murray recalls visitors to Matinicus Island asking how her children, who enjoyed the same freedoms as Riley in Island Birthday, would survive in the "real world." Again and again, Eva Murray reminds island visitors and now young readers, that is does not get more real than living 20 miles out to sea relying on your neighbors and your own ingenuity.