Congratulations to our 2018 Graduates!

Please visit meca.edu/commencement to view this year's photography gallery, with options of digital downloads or ordering prints, or watch the live-stream of the Commencement Ceremony.

Internationally renowned artist and Maine College of Art & Design graduate Ahmed Alsoudani ’05 delivered the Commencement address at MECA&D’s 107th graduation ceremony, which began at 10am on Saturday, May 12 at the State Theatre at 609 Congress Street. MECA&D bestowed honorary degrees upon Ahmed Alsoudani ’05 and Portland artist and arts advocate Alice Spencer.

“I know of no better speaker than Ahmed Alsoudani to inspire the emerging professional artists graduating as the Class of 2018,” said President Freid. “Throughout his career, Ahmed’s canvases have vividly portrayed his personal experiences of human conflict and displacement, capturing the psychology of fear and violence in a compelling and startling way.” 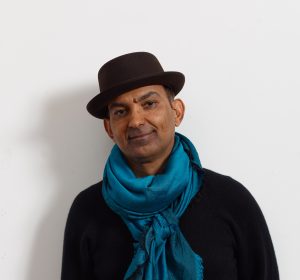 Ahmed Alsoudani was born in Baghdad in 1975 and came to the U.S. after fleeing from a war-torn Iraq in the mid-1990s. Currently based in New York City, Alsoudani received his BFA from MECA&D in 2005 before attending Skowhegan School of Painting & Sculpture in 2006. Since graduating with an MFA in painting from Yale University in 2008, his work has been exhibited internationally and he represented Iraq at the 2011 Venice Biennale, the country’s first time hosting a pavilion in 35 years. Known for his vividly colored and surreal acrylic and charcoal canvases, in which distorted, grotesque faces and body parts portray the horrors of war, Alsoudani draws on his own experiences of recent wars in Iraq to create images of devastation and violence that evoke a universal experience of conflict and human suffering. Alsoudani's work has been compared to Francisco de Goya's series of prints "Disasters of War" (1810-20) and Pablo Picasso's Guernica (1937), and stylistically to Willem de Kooning for his gestural fluency and Francis Bacon for his agonized depiction of modernity.

In the fall of 2018, Alsoudani’s work will be on view at the Institute of Contemporary Art (ICA) at MECA&D as part of the state-wide exhibition, Making Migration Visible: Traces, Tracks & Pathways, dedicated to examining themes of migration, immigration, and border crossing. 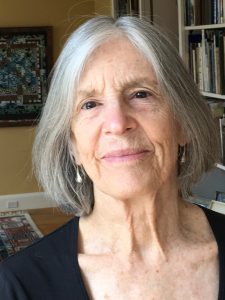 On May 12, MECA&D will also confer an Honorary Degree upon Maine-based and internationally known artist Alice Spencer. Born in Colorado in 1944 and raised on the East Coast, Spencer received her BA from Sarah Lawrence College and continued her studies at the San Francisco Art Institute. For the last 40 years, she has lived and worked in Maine. Spencer has created art in a variety of media, including watercolor, acrylics, and oils. She is also a printmaker and a cofounder of the Peregrine Press, a printmaking cooperative in Portland. In recent years, Spencer pioneered a form of low relief sculpture using foam sign board. Over the last 35 years, Spencer has had 19 solo exhibits. Her work has been shown extensively throughout Maine, New England, and New York, and has been featured in exhibits at the United States embassies in the Chile and Bosnia Herzegovina. She was one of 10 women painters exhibited at the United Nations’ "Ingredients for Peace Celebration" held in New York in March 2001. Her paintings and prints are included in numerous museum and corporate collections including the Portland Museum of Art, the Colby College Museum of Art, Simmons College, United Technologies, and the UNUM Corporation. Spencer has taught printmaking at the Haystack School of Crafts in Deer Isle and the Maine College of Art & Design Continuing Studies Program. She has served on the Board of the Maine College of Art & Design and chaired the City of Portland's Public Art Committee. In 2009, she received the Maine College of Art & Design's statewide Award for Leadership in the Arts. Spencer is the founder of TEMPOart, a Portland public art program that brings temporary, curated, site-specific art installations to key neighborhoods and urban sites, and serves on its Board of Directors.

Commencement ’18 was Laura Freid’s first time conferring Honorary Degrees as President of MECA&D. “It is a profound honor to recognize the accomplishments of such exceptional creative professionals and individuals. I am very inspired by both Ahmed Alsoudani and Alice Spencer- their work and their leadership exemplify MECA&D’s core values of artistic excellence, civic engagement and creative entrepreneurship,” said Freid.