Academic Affairs  /  Office of the President

Portland, Maine — Maine College of Art & Design (MECA&D) today announced that renowned artist, arts activist, and arts educator Sonya Clark, best known for her use of art to inspire conversations about diversity, equity, and racial justice, will deliver the Commencement address at the College’s 110th graduation ceremony, which begins at 10 a.m. on Sunday, May 16, 2021, at the Cross Insurance Arena. MECA&D will also bestow honorary degrees upon Clark and Maine-based humanitarian and philanthropist Daniel N. Crewe. 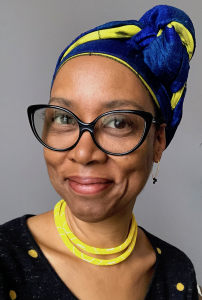 “I am very pleased to share that Sonya Clark will address our graduating students for our 2021 Commencement,” said President Laura Freid. “During her time as a Visiting Artist at MECA&D, Professor Clark inspired our students with her vision and talent, as well as her ability to transform everyday materials into a lens through which to examine history and identity. Professor Clark shares MECA&D’s commitment to utilizing art to spark conversations about issues of social justice, institutional racism, and racial inequality.”

Sonya Clark is Professor of Art at Amherst College in Amherst, Massachusetts, where she is currently leading the Solidarity Book Project, through which members of the public are invited to sculpt a solidarity fist into the pages of books that have influenced their understanding of solidarity, as an expression of solidarity with Black and Indigenous communities. Previously, Professor Clark was a Distinguished Research Fellow in the School of the Arts and Commonwealth Professor at Virginia Commonwealth University where she served as chair of the Craft/Material Studies Department from 2006 until 2017. In 2016, she was awarded a university-wide VCU Distinguished Scholars Award. She earned an MFA from Cranbrook Academy of Art and was honored with their Distinguished Alumni Award in 2011. She has a BFA from the School of the Art Institute of Chicago. Her first college degree is a BA from Amherst College where she received an honorary doctorate in 2015.

Professor Clark’s work has been exhibited in over 400 museums and galleries in the Americas, Africa, Asia, Europe, and Australia. She is the recipient of a United States Artists Fellowship, a Pollock Krasner award, an 1858 Prize, an Art Prize Grand Jurors Award, and an Anonymous Was a Woman Award, and was an inaugural recipient of the Black Rock Senegal Residency Fellowship. She has had the opportunity to make work alongside creative individuals at the Red Gate Residency in China, the BAU Camargo Residency in France, the Rockefeller Foundation Bellagio Residency in Italy, the Smithsonian Artist Research Fellowship in DC, the Knight Foundation Residency at the McColl in North Carolina, the Civitella Ranieri Residency in Italy, the Yaddo Residency in NY, and the VCUarts Affiliate Fellowship at the American Academy in Rome. Most recently, Professor Clark was awarded the Rappaport Prize, and was elected to the College of Fellows of the American Craft Council. Her work has been favorably reviewed in several publications including the New York Times, Sculpture, Art in America, Philadelphia Inquirer, Time Magazine, Italian Vogue, Los Angeles Times, Hyperallergic, Mother Jones, Huffington Post, and many others. 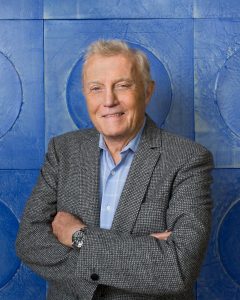 On May 16, MECA&D will also confer an Honorary Doctor of Fine Arts degree to Daniel N. Crewe. Crewe has been a generous supporter of Maine College of Art & Design for many years and has served on the Board of Trustees since 2011. A passionate philanthropist and humanitarian, His leadership in supporting the arts, education, and human rights, including LGBTQ support, has had an enormous impact on the lives of countless Mainers. Crewe is the president and chair of the Crewe Foundation, which he and his brother Bob Crewe established to provide support in the fields of fine arts and music by empowering aspiring artists and underserved youth to pursue, develop and realize their talents and goals as well as supporting the rights of the LGBTQ community.

Crewe is a United States Naval Academy graduate and a retired captain of the United States Air Force. A MECA&D Board member for the past ten years, Crewe is the chair of MECA&D’s Board of Trustees Advancement Committee. He is on the board and is the former president of the ACLU of Maine and is a Trustee of the Portland Symphony Orchestra and current chair of the USM Foundation and the chair of the Great University campaign. In 1992, Crewe co-founded Gateway Mastering Studio in Portland which brought Maine to the forefront of the national music business. Since his move to Maine in 1991, he has served on the Susan Curtis Foundation, the Maine Children’s Cancer Program, Breakwater School, Equality Maine, and the Maine Audubon. Crewe is the father of two daughters and grandfather of four.

“We are delighted to bestow an honorary degree on Dan Crewe for his long standing support of the arts and Maine College of Art & Design,” said Freid. “Under Dan’s leadership, The Crewe Foundation made a transformational $3 million gift to MECA&D in 2015 that launched the Bob Crewe Program in Art & Music at Maine College of Art & Design, provided additional scholarship funding for BFA students, and established two new endowed funds: The Crewe Foundation Endowed Scholarship in Art and Music and The Crewe Foundation Endowed Professor in Art and Music.” Additionally, a $75,000 challenge grant from the Crewe Foundation helped fund MECA&D's partnership with Indigo Arts Alliance, providing support through paid positions for interns, mentees, and mentors, as well as much-needed connection and collaboration for our students to established artists of color from around the world.”

During the ceremony at the Cross Insurance Arena on May 16, MECA&D will confer approximately 125 degrees in the Bachelor of Fine Arts (BFA), Master of Fine Arts in Studio Art (MFA), and Master of Arts in Teaching (MAT). The College will also take this opportunity to honor the accomplishments of members of the Class of 2020 who have chosen to return to MECA&D to participate in this year’s Commencement Ceremony.