An awards reception celebrating the new grants as well as last year’s awardees will be held on Saturday, January 13, 2018, at SPACE Gallery from 5:00–7:00pm.

The Kindling Fund, one of 11 nationwide re-granting programs established by the Andy Warhol Foundation for the Visual Arts and administered locally by SPACE Gallery, has awarded a total of $65,000 to 13 independent artist-organized projects in it 2018 cycle. SPACE Gallery’s Kindling Fund is the first of these re-granting initiatives to be administered as a state-wide program, playing a crucial role in the greater contemporary art ecology of Maine.

“Now in its fourth year of grant-making, the Kindling Fund continues to offer new possibilities for artist-driven projects and activities in Maine. In a larger cultural moment where direct funding opportunities for artists continues to be at risk, this year’s important projects demonstrate the vibrancy of contemporary practice throughout the state,” said SPACE Gallery Executive Director Kelsey Halliday Johnson. “The self-organized artist projects supported by this year’s Kindling Fund play a critical role in both pushing artistic boundaries and reflecting on the changing world we live in.”

Former SPACE Gallery Executive Director Nat May brought this grant opportunity to Maine in 2015, responding to the needs of individual artists across the state and the arts community at large.

95 Percent: Introducing the Minority to the Majority, Yoon S. Byun
Maine is the whitest state in the nation, according to 2015 Census estimates, with ninety-five percent of the population identifying as white. Byun aims to photograph 95 people of color across the state to help build awareness, empathy, and community, in part by sitting down and having a conversation with each person photographed. The 95 Percent project will facilitate the public display of these portraits accompanied by short written profiles in public spaces around Maine as a means of introducing the minority to the majority. It will also support the creation of 12 new portraits and profiles in 2018. Byun states, “I hope the project starts some dialogue, but I also hope it encourages everyone to get to know their neighbors.”
Amount awarded: $4,500 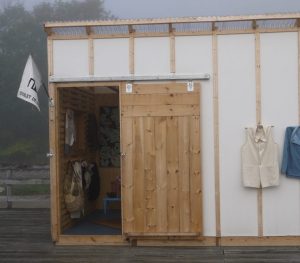 Artists-In-Residence Program at Doublet SHED, Mali Mrozinski '04, Doublet Design
The Space for Handmade Explorative Design (SHED) is a seasonal project space in Wiscasset, Maine. Doublet Design will establish an Artists-In-Residence program and make facility upgrades to the SHED. The resident artists will occupy the SHED for one month each and receive stipends. Their responsibilities will also include installing an exhibition, participating in an art walk, giving a public lecture, and interacting with the public. Facility upgrades will include new seating and lighting to better serve visitors and participants during the ongoing lecture series, SHED Talks at Dusk.
Amount awarded: $5,000 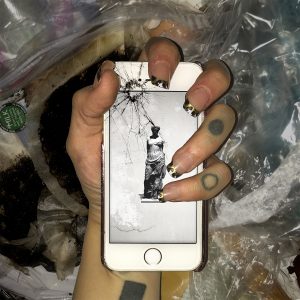 CATHEDRAL, Cody Ross
CATHEDRAL is a digital curatorial platform rooted in the sensations of intimacy, privacy, and uncertainty of brief encounters with people and objects in public bathrooms. Rendered at the intersections among a zine and tape distro, an arts journal and literary magazine, and a public restroom, CATHEDRAL will be realized through a smartphone/tablet application and activated by a seasonal experimental lecture series. Prioritizing flexibility, ephemerality, and experimentation, CATHEDRAL will act as an improvisational distribution method for marginalized outsider, amateur, and experimental multimedia art and writing. Amount awarded: $5,000 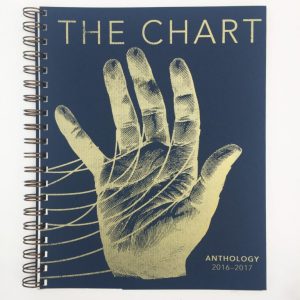 The Chart 2018: Equity & Cultural Care, Jenna Crowder '09, The Chart
The Chart is an online journal for art criticism by artists, writers, and cultural producers. In its third year, the publication specifically foregrounds explorations of equity, collaboration, and a practice of cultural care through critical arts writing in the form of interviews, reflections, conversations, exhibition reviews, and essays. The Chart will pilot a Critic-In-Residence program and continue its work for online critical dialogue in the state of Maine. Harnessing momentum from its first two years, The Chart is working towards a sustainable platform dedicated to tenderness, visibility, and urgency in arts writing that prefigures a more equitable art world.
Amount awarded: $5,000 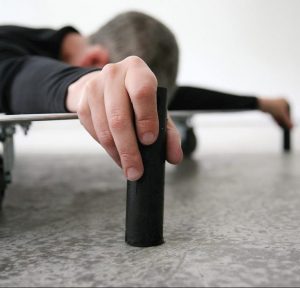 Durational Devices, Deborah Wing-Sproul
Durational Devices is a five-week performance installation that examines the underside of the human condition. The artist’s body becomes a vehicle to reflect different and varying states of being -- young, old, limited, ill, lonely, depressed, contained, controlled, or marginalized -- to portray how we confront resistance with and through the body. Each of the five devices is a mobile platform that constrains movement and vision in a characteristic way. Wing-Sproul will propel these devices with toes or heels to inch across the floor. These durational actions will take place in relative silence within the Marble Block Building in Biddeford, Maine. A unique drawing tool for each device will trace an intentional, yet uncontrollable, path of marks, resulting in five distinct floor drawings contained within separate performance zones. Performance images, drawing documentation, and related documents will be developed into a dedicated website. The project will also host a public panel discussion with the artist and acclaimed critical writers/curators.
Amount awarded: $5,000

Printers Without Margins Residency Program, Pilar Nadal MFA '13, Pickwick Independent Press
This project will offer a one-month printmaking residency to six individuals who want to create radical printed matter for an organization or a community at-large. One edition of 100 signs, posters, pamphlets, zines, postcards, or other printed matter will be created during this residency related to an issue each resident brings to the table, such as racism, LGBTQ rights, incarceration, homelessness, gentrification, environmental change, politics, healthcare, and so forth. Distribution of the printed matter to the public will be an integral component of each residency and could include posting in public spaces, dispersal during canvassing/community conversations, mailings via post, or any creative method of dissemination.
Amount awarded: $5,000 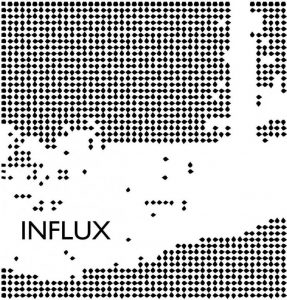 INFLUX, Lead Artist: Sarah Baldwin
Collaborators: Julie Kuceris Gray MFA '12 and Jarid del Deo
Fifteen installation artists will be selected to exhibit artwork in a month long arts event called INFLUX, which will be held on the Pepperell Mill campus in Biddeford, Maine. The works on view in 2018 will relate to the Pepperell Mill’s manufacturing history as well as its current state of revitalization and re-imagining. The artists will engage the Maine community (specifically York and Cumberland counties, with their histories in textile production) by creating site-specific public works which reinterpret the mill’s multi-sensory experience.
Amount awarded: $5,000 + $1,541 in additional support for materials and fabrication at the jury’s discretion.