While in-person speakers are on hold, MECA's Visiting Artist Series is dedicated to providing an increase of remote lectures, and unique student interactions. Funded through the generous support of the Gene R. Cohen Charitable Foundation.

All lectures will be hosted via the Zoom platform using the following login information: 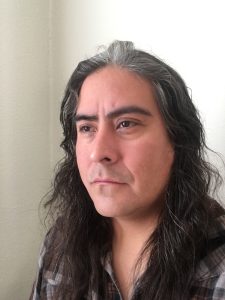 Each year he teaches 20 students to write string quartets for the Native American Composer Apprenticeship Project (NACAP). He is the recipient of the United States Artists Fellowship in Music, The Creative Capital Award in Visual Arts, The Native Arts and Cultures Foundation artist fellowship, and the American Academy’s Berlin Prize for Music Composition. 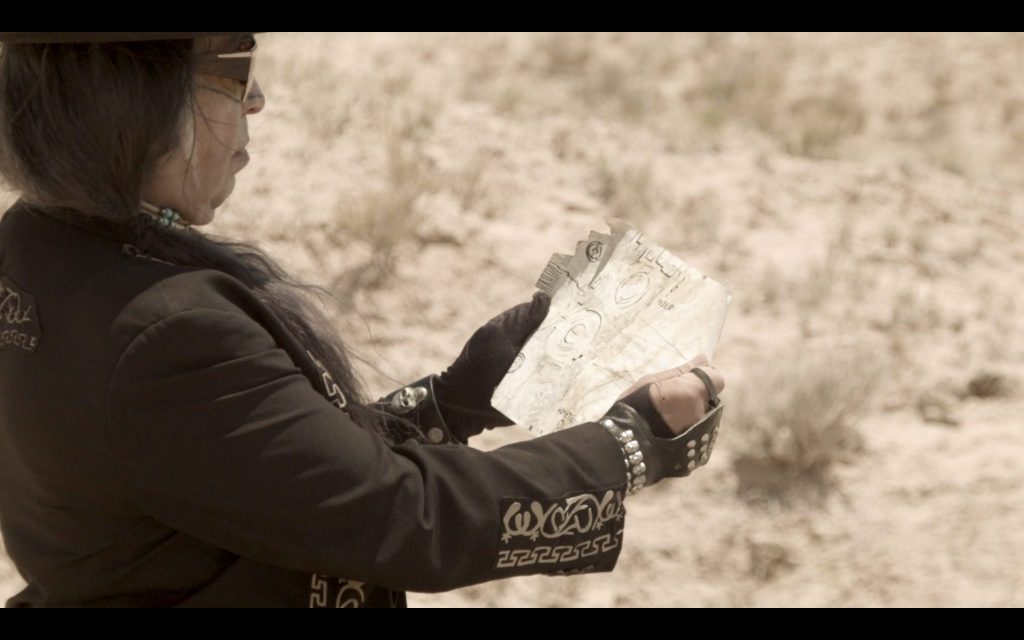 A Song Often Played On the Radio Video 22min Color 16:9 stereo or 5.1 Written and Directed by Raven Chacon and Cristóbal Martínez Featuring Guillermo Gómez-Peña and Nacha Mendez In a search for the mythological Cities of Cibola, a horseman finds himself in a race against another rogue seeking the valuable metals of the New Mexican desert. Spurred by the justification of moralistic ‘dichos’, the rival explorers come to learn about what truly brought them to this land, understanding their true identities, and finding that they were only stealing from themselves. 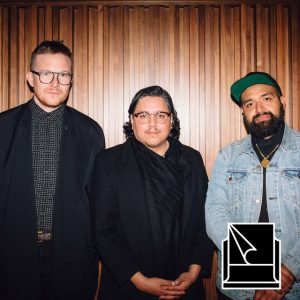 Anthony Romero is a Boston-based artist, writer, and organizer committed to documenting and supporting artists and communities of color. His collaborative practice engages intercultural contact and historical narratives in order to generate reparative counter-images and social transformation. Recent projects and performances have been featured at The Bemis Center for Contemporary Arts (Omaha), the Blue Star Contemporary (San Antonio), The Institute of Contemporary Art (Boston) and the Mountain Standard Time Performative Art Biennial (Calgary, Canada). Publications include The Social Practice That Is Race, coauthored with Dan S. Wang, and the exhibition catalogue Organize Your Own: The Politics and Poetics of Self-Determination Movements, of which he was the editor. He is a cofounder of the Latinx Artist Visibility Award, a national scholarship for Latinx artists produced in collaboration with artist J. Soto and OxBow School of Art, and a co-founder of the Latinx Artists Retreat, a national gathering of Latinx artists and administrators.

Josh Rios has a cultural analytic practice that engages exhibition making, critical pedagogy, the expanded field of publication, programming, activism, and discourse (convenings, gatherings, and dialogues) in order to intervene upon hegemonic forms of social memory, the commodification of the imaginary, and techno-epistemic domination. Their work is part of a legacy of decolonization and uses decolonial methodologies to create reparative counter-narratives, new images of the future, and the possibility for social change. They use creativity as a critical tool to analyze the role of power in society and experimentation as a way to challenge prevailing interpretive structures. They specialize in thinking about themes surrounding Latin America, Latinx/Chicanx/Indigenous identity and identification, postcolonialism, neocolonialism, the archive, history, sci-fi, and ficto-criticism.

Matt Joynt is a Chicago-based composer and artist whose work engages the multivalent political histories of sound, sonic archives, and sound as site. His composition projects for film have premiered at Sundance Film Festival, Telluride Film Festival, Tribeca Film Festival, IFC New York, SXSW Film Festival, and The Gene Siskel Film Center and have been featured extensively in media work for The New York Times, The New Yorker, and PBS Independent Lens. Collaborative projects - as a member of InCUBATE and with Josh Rios and Anthony Romero - have been exhibited at Museum of Contemporary Art Chicago, Pulitzer Art Foundation, Smart Museum of Art, ICA Boston, The National Music Centre in Calgary, Luminary Arts in St. Louis, Autzen Gallery at Portland State University, the Devos Museum at Northern Michigan University and Center for Book and Paper Arts.

"Not Peaceable and Quiet (Piñata Sound System)", 2018 When a bike-sharing company abandoned St. Louis and left behind a fleet of bikes, artists Anthony Romero, Josh Rios, and Matt Joynt outfitted them with sound systems that transform the rider into a mobile monument. The work fully comes alive when participants pedal it around and activate a 20-minute soundtrack of contemporary and traditional Latin music chosen for people who feel abandoned, exploited, and dehumanized to help them “find a way to transcend.” 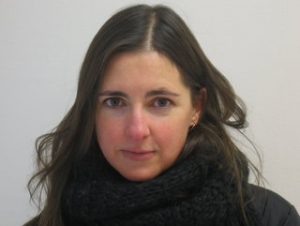 Andrea Ray is a research-based artist incorporating photography, audio, sculpture, writing, and video. Recent research focuses on past historical moments of great social change and alternative forms of living – moments of utopian experimentation. Specific examples include the student uprisings in Paris of 1968 and radical feminist communities of the 19th century. Ray creates works that are in conversation with past moments as a way to reflect on and redress current conditions of constraint that interfere with an individual subject’s agency. 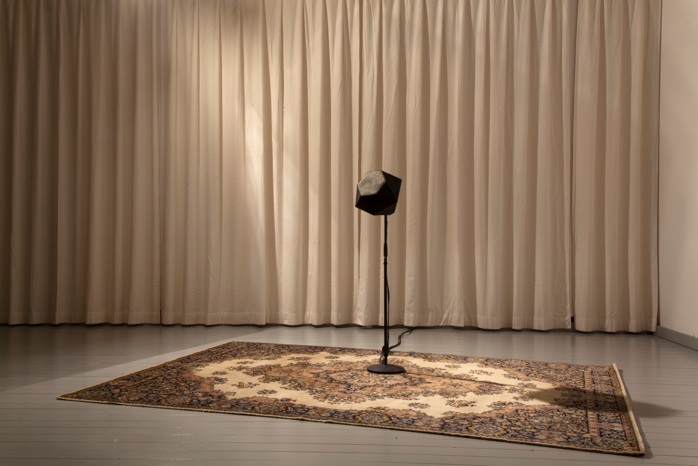 ReCast LIVE ON-AIR 6-channel audio installation with curtains, copper piping, rugs, lighting, and speakers. Speaker sculptures: cardboard, acoustically transparent cloth, and paint. Audio: 54 minutes looped. A live studio discussion broadcast from a fictive radio station in which people from across more than 200 years have come together to share their intimate experiences and perspectives on gender and non-monogamy. 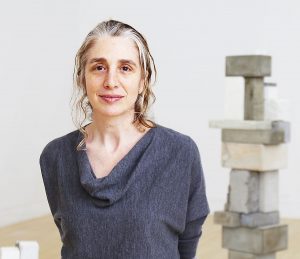 Julianne Swartz lives and works in Stone Ridge, New York. She combines tangible and intangible materials as well as existing and self-made technologies to create sculpture and installations. Her work focuses on ephemeral experiences pertaining to light, air, and sound, often involving audience engagement. Swartz has exhibited at venues including Tate Liverpool, the Whitney Museum of American Art, the New Museum, the Jewish Museum, MoMA PS1, the Indianapolis Museum of Art, the Israel Museum, the Massachusetts Museum of Contemporary Art, and the Art Gallery of Western Australia. She was a recipient of the Anonymous Was a Woman fellowship in 2015. 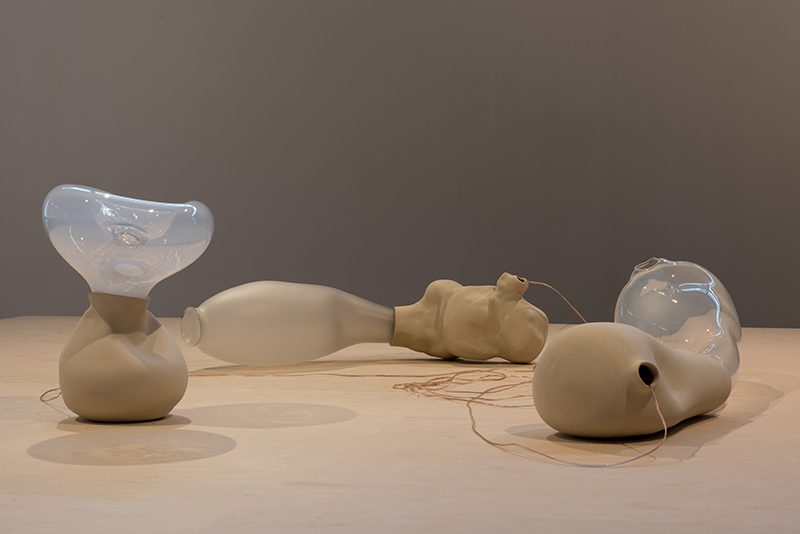 Sine Body, 2017 Blown glass, unglazed porcelain, electronics, sound generated from the objects Acoustically reflective materials of glass and ceramic are formed into hybrid shapes that amplify, conduct, hold and release sound. I use a feedback process that reads the air mass in each vessel to locate, generate and record the harmonics of that particular form. There is no additive sound. The objects emit their own ideal frequencies-pure sine tones that resonate optimally in their bodies. In the installation, 12-18 of the vessels play together in a random sequence of intermittency, harmony and dissonance to form a chance composition. The installation is also a setting for performance in which the objects are played live, accompanied by a vocalist. 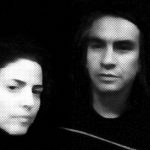 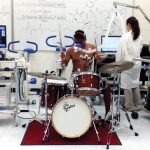